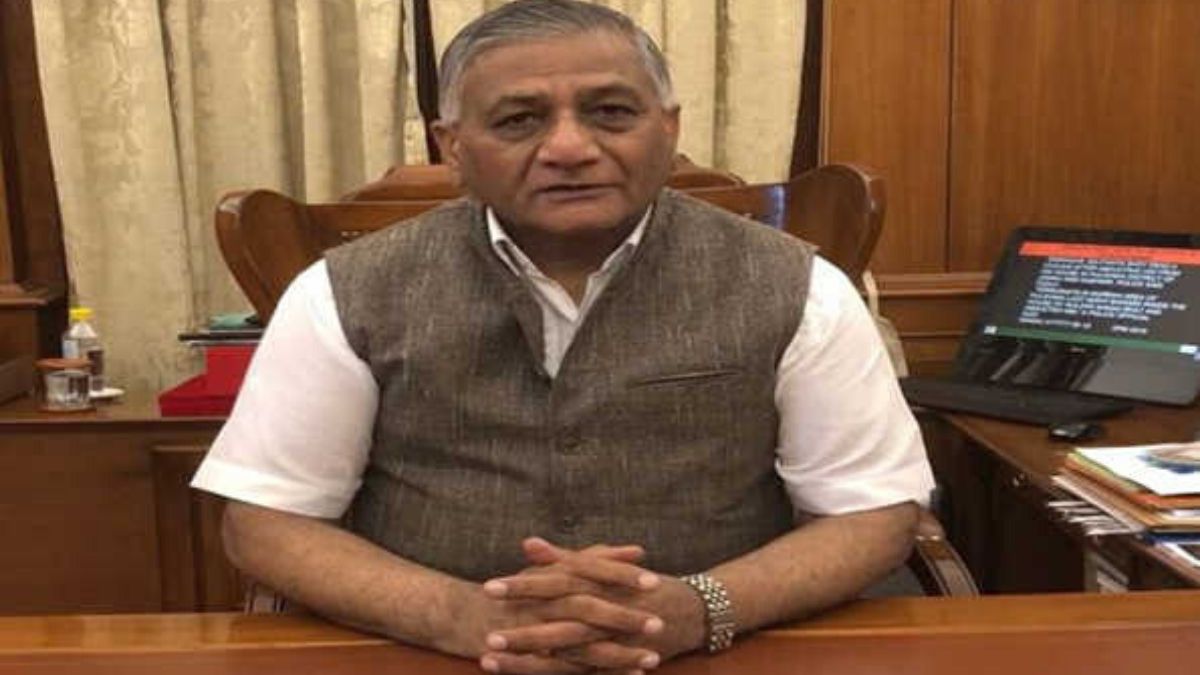 Gen V.K. Singh, Minister of State for Road Transport and Highway, believes China is desperate to deflect world attention from its role in coronavirus and thus the flare-up on the border with India. In an exclusive interaction with The Daily Guardian, the former Army Chieftalks about the Chinese mindset and India’s preparedness to deal with the issue. Excerpts:

Q: Why is China overactive on the border with India?

A: You have to know the background behind it. There are two things to understand. First, Line of Actual Control (LAC) is a marking above the ground. The map was small, it was claimed by both sides during patrolling. During summer, there is increased patrolling so face-to-face encounters are more prevalent now that the Chinese army is in this place, Chinese soldiers have entered that place many times before. Preventive measures have been taken. Second, the Indian Army has been watching, working with such things for many years now and has been resolving them in its own way. We should trust our Army, there is no need to worry. Have faith in the Prime Minister.

Q: The real question is that of the pictures from satellite in which it is clearly visible that China has built a temporary structure near LAC and there are reports of many fighter jets being deployed near the border. It is a matter of great concern.

A: In the satellite picture that emerged during the time of Doklam, there were speculations of China deploying a missile but it soon became clear that only a truck was parked there. This time, if they have stationed their army there, then we are also there. We understand that a solution has to be found. Second, there are reports going around that the Chinese President has asked hiss forces to be ready. Understand their (Chinese) helplessness, China is in a tizzy, the whole world is targeting them. They want to move the attention away from coronavirus and have told the army to be ready so that the attention of the people is removed from the real issue. We shouldn’t get distracted by this, the good thing is that Prime Minister Narendra Modi has worked on strengthening our relations with other nations and our overall image at the global level is very positive. As far as the Indian Army is concerned, it will continue to do its work and we do not need to panic.

Q: Why is China so perplexed?

A: The world is calling them out. Everyone is saying that China has spread coronavirus intentionally, and it has landed itself in trouble with the other nations. The entire world is telling them to stop making goods, is not buying their goods. For China, it is a matter of concern and you have to understand their issues as well.

Q: How ready is our Army?

A: I have full faith in our forces. Our Army is prepared to prove its mettle at any international level. The spirit and passion of our Army is always high and there is nothing that they cannot do. Preparation is complete.

Q: How would you say to our people about the current situation?

A: I have full faith in our forces, there is no scope for doubt, no one else can say otherwise. We should not be afraid by reading everything that is reported in the news. You should have full faith in the Army. We will not bow down. This is not a new thing for China and they have acted like this way many times in the past. Just be patient and trust the Prime Minister.

Q: What is the difference between the situation in 1962 and now?

A: This is 2020 and we are one of the leading countries of the world. You can see that we have modernised our forces and are now completely at par with any of the world powers.