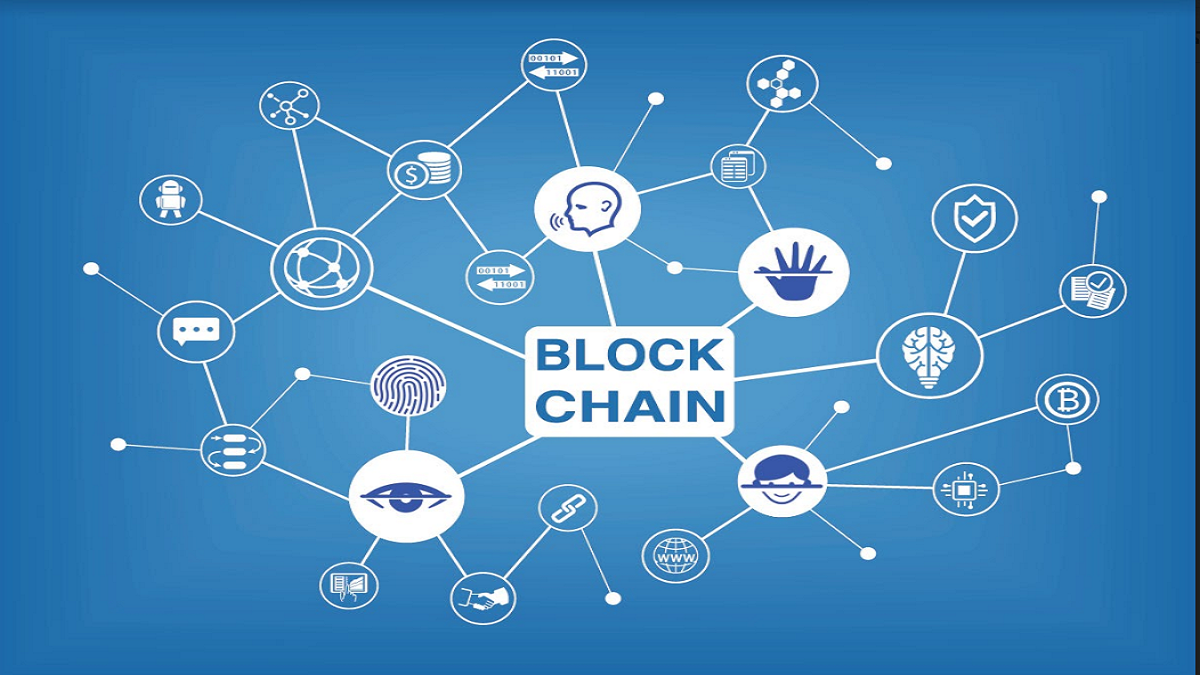 Blockchain is the flavour of the times with a lot of organisations and individuals joining the digital bandwagon. It is not just organisations, but even governments are trying to implement blockchain Technology for their governance and other activities given the immutable nature of blockchain. It is interesting to note that blockchain could be used in the domain of Law. However, blockchain as a technology brings forwards a lot of cyber legal aspects & challenges that need to be addressed in a holistic manner of the intersection of law & technology.

Blockchain relates to the concept of distributed ledger, wherein the blocks are connected in a chain through secured cryptography methods. Blockchain has numerous advantages like transparency, immutability, decentralisation, scalability and security. This article intends to put forth and discuss the legalities and legal challenges, aspects relating to blockchain technology focusing on cyber legal perspective.

BLOCKCHAIN IN A NUTSHELL

From the above one can relate that there is transparency, decentralisation, and immutability. This in simple sense, is the concept of blockchain in a nutshell. Further in case of any modifications to this article, the revised article shall be published by the newspaper on new date and day which is the new timestamp and the original and revised both shall be available to the subscribers and members of the forum along with the proper and exact timestamp. As they already have access to the original article which was published earlier and since the revised article is also accessed by them due to the publication of the newspaper now.

However, considering the above in case any alteration or revision is required to be made to the data in the block a new block is created with such revision and is connected to the original block as a new block along with the proper and exact time stamp.

USE OF BLOCKCHAIN FOR PROPERTY OWNERSHIP

Consider the details of all the previous owners of the property that are stored in each block and each of the block getting connected in chronological order with the other block along with the date and timestamp fetches the records of the ownership from the previous owner to the present owner.

Using blockchain technology for verification of clear title can be a good option so as to establish the exact and proper ownership. This can ensure that there is no tampering of data anywhere in the chain.

It is essential to understand the potential benefit blockchain has, however, it is imperative to also understand the kind of legal consequences that visit you while making use blockchain technology. Blockchain as a technology populates legal policy regulatory issues and challenges that need to be specifically addressed. I intend to collate various legal and cyber legal aspects surrounding blockchain in this article.

LEGAL RECOGNITION AND LEGALITY OF BLOCKCHAIN

The primary aspect that blockchain as a technology presents is the aspect of legal recognition and legal consideration. Given the kind of adoption of Blockchain it becomes important to grant legal recognition and legality to blockchain transactions. However, from a layman’s perspective blockchain is ultimately information and data in electronic format created using computers, computer systems, computer networks, computer resources and communication devices like mobiles and tablets. Given the fact that a lot of countries have come up with national legislations on cyber law from UNCTRAL (United Nations Commission on International Trade Law) model law of electronic commerce, one can perceive that legality may be granted to blockchain transactions.

However, the people from the conservative school of thought opine that specific and dedicated blockchain Law shall be required with focal thrust on providing legality to blockchain and the transactions thereof.

Yet another significant legal aspect that needs to be considered is the legal status on the entries on the block and blockchain. Considering the use of Blockchain Technology for determining the property ownership, the interesting question that crops up is whether a mere entry made on the block conveys, assigns, transfers ownership of one owner to the other? Well the current position is unclear and is ambiguous. I believe that the presumptions relating to the above has to be clearly and specifically addressed. While we are thinking it may take couple of decades for the blockchain Law to be a mainstream, some countries have come up with new manifestations by way of legislations recognising blockchain as a kind of electronic record.

Let’s take the case of Nevada, USA, which has amended its Uniform Electronic Transaction Law (UETL) recognising blockchain as an electronic record created by the use of a decentralised method by multiple parties to verify and store digital record of transactions which is secured by the use of a cryptographic hash of previous transaction information. The law further prohibits imposing of any tax or fee by the government on the use of blockchain by any individual or an entity. The law also has come up with specific requirement of obtaining a certificate, licence or a permit for use of a blockchain by any individual or an entity.

Further, Vermont Law has declared blockchain based digital record as a business record as per the Vermont Rules of Evidence.

While the State of Delaware has come up with a law that stimulates the use of blockchain technology for the purpose of creation and maintenance of corporate records including corporations stock ledger.

With privacy being the tip of the ice-berg, blockchain as a technology is presenting privacy issues concerning personal and data privacy. With the kind of intrinsic nature blockchain demonstrates the moment an information is generated or entered on the block, the same shall be made available to all the stake holders in the said blockchain network. The net effect of this means that the data is transparent evaporating the concepts of privacy whether be it personal privacy as also data privacy. In the areas where confidentiality and privacy are assuming immense significance the challenges of data privacy in the light of blockchain adoption will have to be addressed from a legal and cyber legal perspective specifically in countries like India where now privacy is made a fundamental right of every citizen.

While interpreting the existing Indian Cyber Law i.e., IT Act 2000, IT Amended Act 2008 and the rules and regulations made there under, we can understand that any data entered on the block, is information or data in electronic form constituting an electronic record under the IT Act. Further going by the preamble or objective of the IT Act of providing legal recognition and validity to all electronic records or transactions carried out using electronic means, as also one can apply and interpret the above to blockchain transactions. This may look fine as we are discussing, however, the specific legislation on Blockchain has to step in giving the exponential growth of Blockchain adoption.

While the specific compliance laid down under IT Act, rules and regulations made there under will have to be complied with by the blockchain service providers including exercising due diligence. However, one of the biggest challenges that needs to be specifically looked into shall be any order received from competent Judicial Authority to remove or disable any information in the block given the working architecture and practical implementation of blockchain as a technology.

Blockchain service providers shall have in place standard SLAs (Service Level Agreements) while providing Blockchain as a Service where in such services shall be provided on “as-is” basis with very limited or practically no warranty. Further what constitutes the minimum level of service standards which the blockchain service providers have to follow has to be specifically addressed from a legal perspective.

While Blockchain is a distributed ledger operating with data is stored on various blocks to form a blockchain. In case of any blockchain dispute, what has to be looked into the physical location of the respective block in dispute in the blockchain. However, in case the block in dispute is forming a part of the blockchain which is on a computer, computer network, computer resource physically located in one particular jurisdiction, then the courts located in that particular jurisdiction may be able to adjudicate such issues.

Given the intrinsic nature of the internet adoption by blockchain, any person across the globe may be able to add blocks to the blockchain. This opens up a pandora’s box of jurisdictional issues with regard to blockchain and disputes arising thereof.

The contracts may be executed through self-executing or automatic programs in the blockchain wherein the contract is embedded in the code itself subject to fulfilment of certain conditions or criteria specified thereof in such code. Such contracts using blockchain are generally termed as “Smart Contracts”. Given that blockchain technology generates Hash that is used as an identifier to authenticate Smart Contract, this brings in cyber legal challenges to the table.

While Section 62 of the Indian Evidence Act, specifically as per explanation 2 which states that if number of copies of documents are created by mechanical process, every such document is a primary evidence.

While blockchain is a distributed ledger wherein all copies are created by a mechanical process in one go, considering the immutable and tamper proof nodes of Blockchain, the authencity and veracity of information stored therein is completely upheld.

Applying this proposition, Distributed Ledger can also be considered as a primary evidence.

However, Section 65 B may bring in a legal challenge since establishing the ownership of a Blockchain is challenging.

Given the kind of positive connotation offered by the blockchain technology, there is a need to have a dedicated blockchain legislation, to address and handle the specific legal, policy, reegulatory issues surrounding Blockchain. I believe that is the way to the future, and we cannot walk the walk without addressing the specific legal nuances brought forth by blockchain. Cyber Law, Cyber Security are going to act as key catalysts in the manifestation of blockchain legislation and blockchain jurisprudence. While Molta is the Blockchain island of the world, as also Estonia, Swiss, Belarus have already made their first step ahead to come up with Blockchain Laws. It will be interesting to see how the Law, Legislation and Jurisprudence will evolve in India and countries of the World as time passes by.