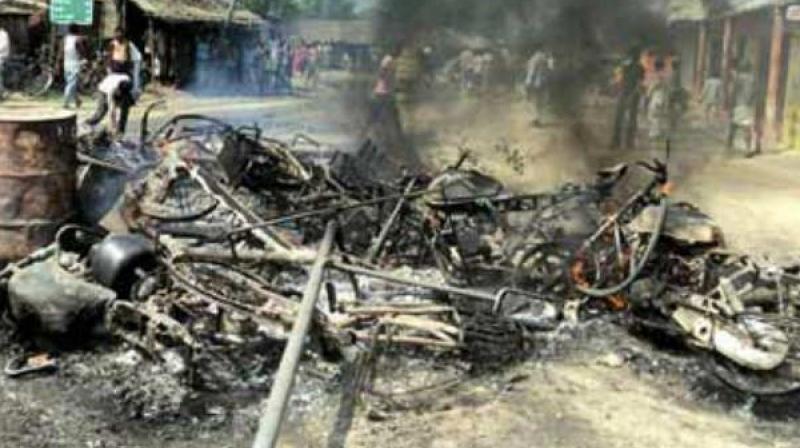 A special MP/MLA court on Tuesday handed down a two-year prison term in a 2013 Muzaffarnagar riots case to BJP legislator Vikram Saini and 11 other accused.

They were found guilty of rioting and other offences by Special Judge Gopal Upadhyay, who also fined them each Rs10, 000.

Due to a lack of evidence, the court freed 15 other accused in the case.

Saini, a BJP lawmaker from Khatauli in Uttar Pradesh, stated that he will appeal the verdict.

The MLA and others were held, and after providing two sureties totaling 25,000 for bail, they were released in order to go before the high court.

The 12 were found guilty under IPC sections 147 (rioting), 148 (rioting with lethal weapons), and 149 (act endangering life or personal safety of others), as well as 353 (assault or criminal force to prevent a public worker from doing his duties) (unlawful assembly).

A crowd was returning from the cremation of two Jat youths when the BJP MLA and 26 other accused were on trial for their involvement in the violence at Kawal village.

Communal violence in Muzaffarnagar and surrounding areas in August and September 2013 that claimed 60 lives and forced 40,000 people to flee their homes were started by the killings of two youngsters, Gaurav and Sachin, and one Shahnawaz.