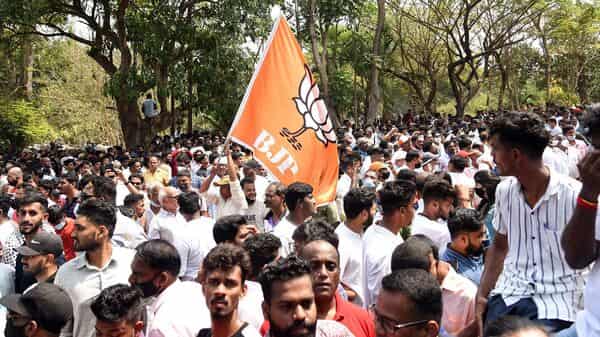 The Bharatiya Janata Party (BJP) MLAs will meet today and formally make an announcement on the Chief Minister of Gujarat after the party registered a historic victory in the state assembly elections on Thursday.
Chief Whip of BJP Pankaj Desai said that BJP’s Bhupendra Patel has submitted his resignation as Chief Minister of Gujarat. “Governor Acharya Devvrat has accepted the resignation of the chief minister and his cabinet,” Desai said while speaking to the media in Gandhi Nagar on Friday.
A meeting of all newly-elected MLAs has been called on Saturday morning to formally elect the new chief minister of Gujarat.
“The BJP Legislative Party meeting will be held at 10.00 am on Saturday in Gandhi Nagar, and an official announcement regarding the chief minister of Gujarat will be made,” Desai said.
Meanwhile, the parliamentary board of BJP announced three observers for the election of the leader of the legislative party in Gujarat.
Union Defence Minister Rajnath Singh, Union Tribal Affairs Minister Arjun Munda, and former Karnataka Chief Minister B S Yediyurappa have been appointed as the central observers, BJP informed in a press release.
BJP registered a historic victory by winning 156 out of the 182 assembly seats in Gujarat, which happens to be the home state of Prime Minister Narendra Modi and Home Minister Amit Shah.