BJP MAKES A CLEAN SWEEP, WINS ALL 8 SEATS IN GUJARAT - The Daily Guardian 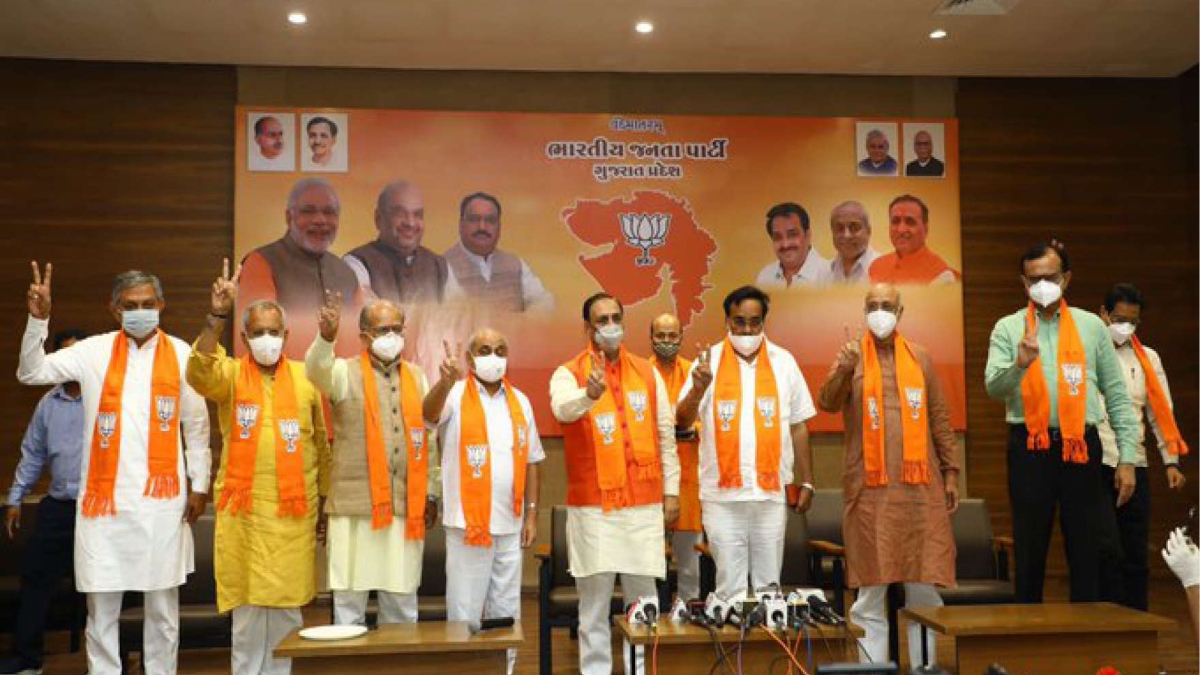 The ruling Bharatiya Janata Party (BJP) has bagged all eight Assembly seats in the Gujarat by-elections, as per the Election Commission. The Congress, hoping to do well this time, drew an embarrassing blank.

All these seats—Dang, Kaprada, Limbdi, Morbi, Karjan, Gadhada and Abdasa—were held by the Congress. These seats fell vacant after Congress MLAs resigned in the Rajya Sabha elections.

Following this performance, the BJP office saw a victory-like atmosphere, while the Congress office was somber and silent on Tuesday.

In terms of vote sharing, the BJP got 55 percent of the votes in these eight seats, while the Congress could manage only 34.4 percent.

According to political pundits, Prime Minister Narendra Modi’s strategy has worked behind this grand victory of the BJP in the Gujarat by-elections. Meanwhile, the Congress held a press conference, conceding its defeat. Congress state president Amit Chavda said that there has been betrayal with the people of 8 Assembly constituencies. “Let’s study why people’s anger did not turn into votes.”

Chavda said, “Congress workers need not despair, hoping people would respond to defectors. We will continue to fight to save democracy and the constitution. I salute the Congress workers. Thank you for all the help that voters have given. Congress never works for power. Congress only works for principles. We accept the mandate given by the people. Congratulations to the winning MLAs. Let’s consider the strategy next time. We will study the reasons for the defeat in detail.”