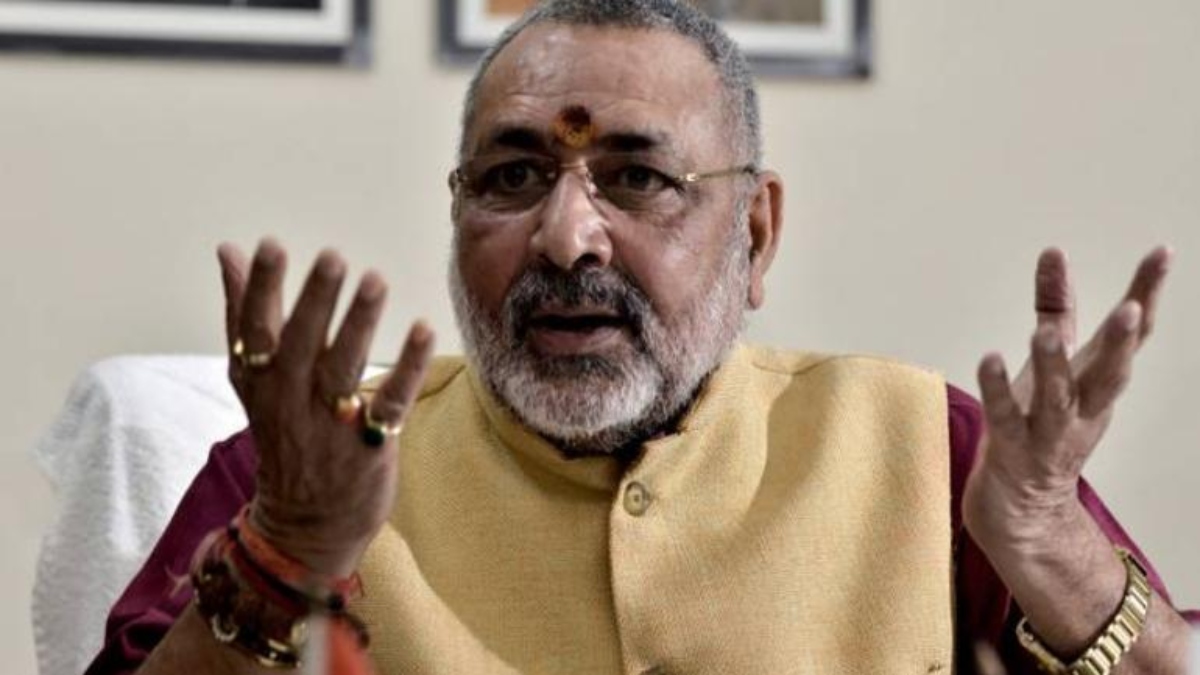 Union minister Giriraj Singh on Tuesday asserted that Bihar was experiencing a rapid increase in religious dialogues and emphasised the necessity for a strict anti-conversion law. The BJP leader claimed that the Nitish Kumar-led Mahagathbandhan government was “just concerned about its Muslim vote bank.”

“I wonder who will think of Hindus in Bihar where the ruling Mahagathbandhan is concerned only with its own Muslim vote bank and turning a blind eye to proselytisations which are taking place at a great speed,” Singh told reporters.

“The situation in Seemanchal region (bordering Nepal and West Bengal) has become so serious that a visit to those districts makes one wonder if one has entered Bangladesh,” he alleged.

In addition, the minister of Rural Development and Panchayati Raj Department asserted that Christian missionaries were converting people to Christianity in other areas, including his home district of Begusarai. Singh emphasised that the only way to stop the “flood of conversion” brought on by coercion or temptation is through legislation.

Giriraj Singh, a vocal advocate of anti-conversion laws, claimed on Tuesday claimed that “terrorism in the form of love jihad” was a ploy “to finish Sanatan dharma.

“Terrorism has taken a new shape in the form of love jihad…it is a ploy to finish ‘sanatan dharma’ in India. The followers have to unite and foil this conspiracy,” he said at a programme held in Mohammadabad in UP’s Ghazipur to commemorate the death anniversary of former MLA Krishnanand Rai.

“In China, 10 children are born every minute, while in India, 31 babies are born per minute. Due to this, development could not take place at a rapid speed so far,” he said.