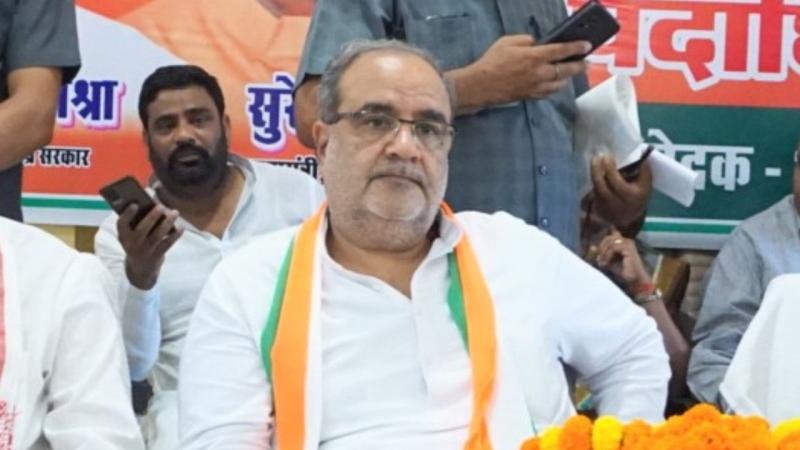 Bhupendra Chaudhary who has been recently made the new president of the Uttar Pradesh unit of the Bharatiya Janata Party (BJP) resigned from his post of Panchayati Raj Minister on Tuesday.

“Resigned from the cabinet today for the due discharge of the responsibility of the State President of Bharatiya Janata Party. To provide opportunities to serve the state’s people as Minister of State (Independent Charge) and Cabinet Minister in his first and second term respectively,” Chaudhary said.

“And heartfelt thanks to the Hon’ble Chief Minister (Yogi Adityanath) for the instructions given from time to time and to the honorable Prime Minister for his inspirational guidance and blessings on many occasions,” Chaudhary further said.

The post of UP party chief was vacant since the president Swatantra Dev Singh became a minister in the Yogi Adityanath government 2.0.

Moreover, Bhupendra belongs to the Jat community and will be an OBC face for the party in Uttar Pradesh.

BJP’s Uttar Pradesh in-charge Satya Kumar said, “He is an organization man and somebody who has conducted himself extremely well in whatever responsibility he has been given. He has all the abilities and the capabilities to hold the post in a crucial state like Uttar Pradesh.”