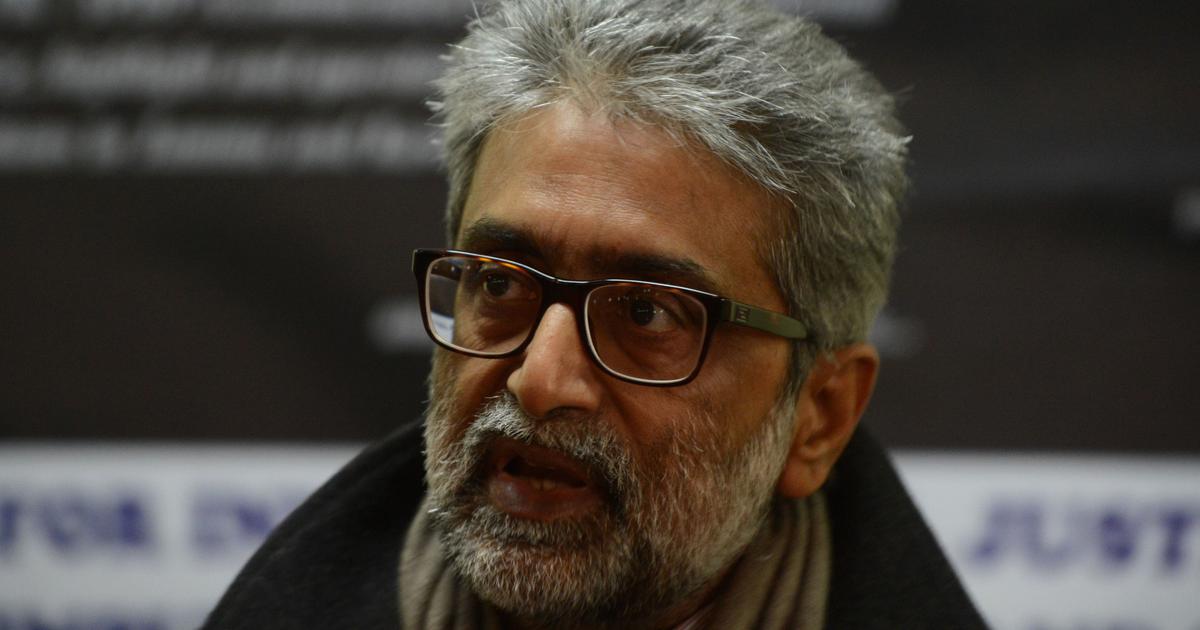 The records submitted by the hospital about the health state of Gautam Navlakha, the defendant in the Bhima Koregaon case, have been made available for inspection by the parties by the Supreme Court.
The petition was set for hearing on November 9 by a panel of Justices KM Joseph and Hrishikesh Roy after Solicitor General Tushar Mehta informed the court that Navlakha is receiving treatment at Mumbai’s Jaslok hospital. The panel ruled that parties have the right to view the hospital’s medical reports since they have filed them.
Earlier, the Supreme Court had given the Superintendent of the Maharashtra prison Taloja permission to transfer the imprisoned activist Navlakha to the Jaslok hospital in Mumbai for a medical examination and treatment.

It stated that a prisoner’s right to medical care is a fundamental one.
The Supreme Court was considering Navlakha’s request that he be given home arrest rather than judicial detention in Taloja jail.
The bench had been informed by Navlakha, 70, that he has colon cancer and needs a colonoscopy as well as testing for skin sensitivities and dental problems.

Navlakaha’s request for shifting to house arrest and for a medical checkup was opposed by National Investigation Agency (NIA).

Navlakha filed a petition with the Supreme Court to overturn the Bombay High Court’s decision of April 26 to deny his request for house arrest due to concerns about inadequate medical care and other basic amenities in the Taloja jail outside of Mumbai, where he is now being held.
The Taloja prison’s lack of essential medical care and amenities, according to Navlakha, was “ill-founded,” according to the High Court.
He had petitioned the High Court, claiming that the Taloja jail had subpar amenities, was overcrowded and had caused his health to worsen while he was a prisoner there.
One of the many civil rights advocates in the Bhima Koregaon case, Navlakha, has been charged under the strict guidelines of the Unlawful Activities (Prevention) Act (UAPA) for an alleged plot to overthrow the government.