Bhanu Athaiya: A star among costume designers - The Daily Guardian 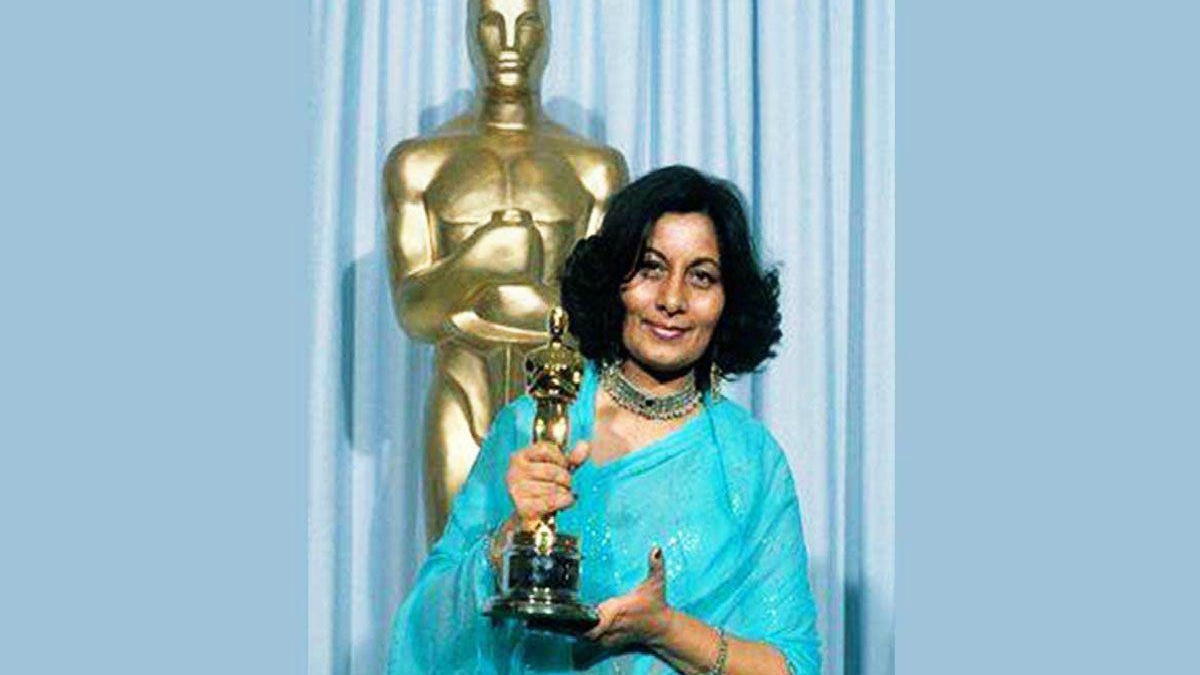 It was in 1988, as a writer for a leading women’s magazine that I met Bhanu Athaiya, the fabled India costume designer who had done the nation proud when she held the black lady on the world’s most coveted award stage: The Oscars. It was India’s first Oscar and that too given for a movie that personified the aura of the father of the nation: Mahatma Gandhi. One still recalls the euphoria when in 1983 she went on stage, a repertoire of 100 movies to back her, to accept the Oscars dressed in a turquoise blue chiffon and a stunning, silver choker. So immense was the impact of the movie and its costume that no one forgot the vision of Attenborough dressed in a loin cloth marching towards Dandi.

One of her closest friends, Simi Garewal said Athaiya was suffering from dementia and didn’t remember anything or any of the films, except Gandhi. “It was very hard to talk to her. I felt sad… Is this what happens to talented human beings? It is a huge sense of loss. She had a brain tumour too for eight years. Maybe it was time for her to be at peace. She has left a legacy,” Garewal told PTI.

I met her in her humble home as she was seated on top of a trunk, her shoulder length hair tied into two plaits. We were doing a story on the changing face of costuming in Indian cinema and the arrival of designers onto this field. A bit feisty and totally avant-garde, she only had nice things to say for her fraternity, insisting that change was the only constant and she herself felt the biggest fulfilment in her world of historic costumes. As Priyanka Chopra tweeted, “What an amazing body of work — Oscar-winning costume designer for Gandhi, the inventor of the Mumtaz saree… an inspiration to so many young designers… Her legacy will live on forever. My condolences to the family.”

Recalling Athaiya’s work, ace fashion designer Manish Malhotra said, “Bhanuji’s work was inspirational and I admired it so much. She made the Amrapali costume for Vyjayanthimala in the film Amrapali which was very popular. The costumes in the movie and the colour combinations in one song in which Vyjayanthimala was wearing just a soft pink top and an Amrapali bottom and delicate pearl jewellery were all so beautiful. In Brahmachari, Mumtaz’s orange colour dress became such a huge hit that all her hit songs thereafter had orange dresses. In ‘Aaj kal tere mere’ song, Bhanuji did the three-layered completely body-hugging stitched sari which is popular in fashion even today. Her work in Raj Kapoor films has always been fabulous.”

Malhotra recalled how Athaiya made a difference with her work. “You see Resham Aur Shera, you see her work with Rekha, the colour combinations of what she did with Mumtaz in all of her films, her work in Guide keeping that elegance and get so much beauty as well fashion… Just this morning I was talking to Rekhaji and she said that Bhanuji was ‘so much into textile, she understood textile’. Her work is iconic.”

As spoken by the doyenne of Indian fashion Ritu Kumar, “The first and only costume designer to receive an Oscar for Gandhi, Bhanu Atharva is no more. Sometimes I feel that in the din of fashion shows we may not have adequately understood her contribution. She created an authenticity and mood through her well researched work rare to find especially for her film Gandhi where every sari and dhoti told a tale. The passing of an era.” Indeed, Bhanu understood the cadence of costuming. In Siddhartha she went for an ethereal beige and gold palette while dressing Simi. For Gandhi she kept the narrative totally rooted. In Lagaan she was precise both while dressing the British, the brown sahib Indian as well as the village folks.

“We lost a giant in the world of costume design. The most soft-spoken and gentle lady. It was an honour to have brushed shoulders with you Bhanutai. I cherish every single day working with you for Lagaan and Swades,” tweeted Ashutosh Gowariker.

A Marathi from Kolhapur, Bhanu always had a soft corner for Marathi cinema. As Renuka Shahane, a respected Maratha and actor, tweeted, “Winner of an Oscar award, the pride of our country, yet so very humble. I had the great privilege of working with her in the Marathi film Katha Don Ganpatravanchi.” Artists like her will rarely cross the threshold to cinema. So, let’s celebrate a legend.

Ginny Weds Sunny: A confused mess with hardly any novelty

How concerts & live performances have changed in 2020