BBC GETS EXPOSED AS A FAKE FACTORY 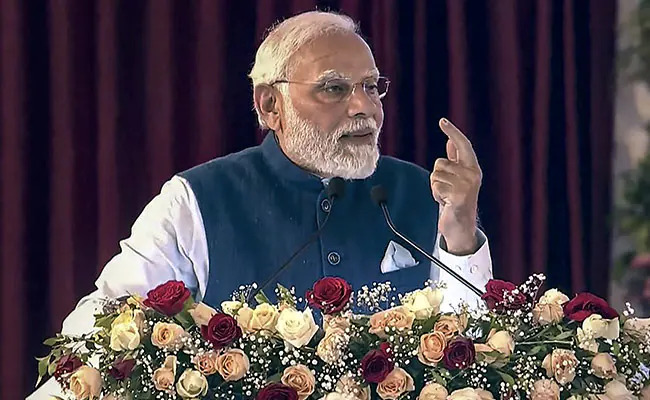 India’s rise on the world stage under Prime Minister Narendra Modi is causing some serious heartburn in many quarters, as well as the prospect of Mr Modi coming back to power in the 2024 general elections. This is one way of explaining the motivation behind the hitjob done by the British broadcaster BBC on PM Modi, through a documentary examining inter-community relations in India. From all accounts, the documentary gives a one-sided version of the Gujarat riots that took place in 2002 when Mr Modi was the Chief Minister of that state. The documentary is facing major criticism for spinning a narrative based on the claims made by some of Mr Modi’s most trenchant critics—claims that have proved to be false in the court of law. For over a decade Mr Modi was hounded by a hostile Central government led by the Congress, which tried its utmost to pin the riots on him, in vain. A Supreme Court-appointed Special Investigating Team conducted an exhaustive investigation and gave him a clean chit. His detractors were found guilty of falsifying evidence and making outlandish claims that were found to be based on hearsay and rumours. Some of these detractors turned the minority community’s victimhood into a cottage industry, thus filling their own coffers. But then for the BBC, of what use are facts when it’s fiction that suits a pre-determined narrative? Theirs is a case of taking extreme liberty with journalism, where the headline is written first and information is tailored to suit the headline. But such an approach can sometimes descend to the level of fakery, which is exactly what the BBC is guilty of. In fact, this so-called upholder of free media, the world-renowned Beeb, has a long history of peddling untruths as news, especially when it comes to India—their colonial subject. One of the worst cases of such mendacity was when the BBC, way back in the 1990s, showed Indian military tanks rolling into the Kashmir valley, resulting in the burning down of Charar-e-Sharif. Only, the footage was from Chechnya and the story proved to be a lie. Given the recurrence of such “mistakes” that BBC makes on India, and the one-sided narrative it spins, there is every reason to believe that its intentions are mala fide. And then to use erstwhile UK Foreign Secretary Jack Straw’s “investigation” as proof to say that Mr Modi was involved in the riots, is taking things to the extreme, as any whiff of such intervention into a sovereign nation’s affairs can impact India-UK relations adversely. Mr Straw did not have any locus standi to conduct any such investigation, and even that investigation’s conclusion was based on hearsay, as he himself admitted in an interview with an Indian journalist this week. To use rumours to claim that Mr Modi was involved in the riots, is criminal on the part of the BBC. It is clear by now that BBC’s hatred for India and particularly Mr Modi knows no bounds, and we can expect the attacks on him and India to get more pronounced as world leaders get ready to gather in New Delhi at the G20 Summit later this year. However, BBC, unlike what India’s Opposition is hoping, has zero hold over Indian voters, and the mandarins of the channel are aware of this fact. Hence, BBC’s real target could be closer home— UK Prime Minister Rishi Sunak. To have a Hindu Prime Minister is obviously anathema to the leftist-Islamist types who populate the BBC. Hence, it helps the cause of such people to project Hindus as violent killers and India being run by fascists. It’s a message at the subliminal level, where by default an openly Hindu Prime Minister gets boxed into a particularly vicious mould—something that Greta Thunberg and her toolkit gang too were trying to do, “to destroy India’s (read, Hindus’) chai and yoga image”. This could also be an attempt to tie Mr Sunak’s hands against giving what the BBC and its backers consider to be concessions to India, when signing the Free Trade Agreement with this country later this year. The intention seems to be to give Sunak’s political opponents a handle to attack him with—an Indian origin Prime Minister being soft towards India and thus being unfit to govern the UK. But then it seems that the BBC did not anticipate the backlash to its documentary to be so robust. Perhaps it thought that Indians still regarded the British as their colonial masters and would sing their tune. Those days are gone and it is not just Indian citizens who are outraged, but a large section of the diaspora as well. They see it as a hit-job on the India story—a country that is doing better than the UK economically—an attempt to vitiate the communal atmosphere in this country, and stir up some hatred. Their anger against the BBC is real. Even Muslim community leaders are saying that the documentary tries in vain to paint them as victims, when, in reality, they are anything but. It is ironic that at a time when PM Modi is reaching out to the poor among the Muslims, the Pasmandas, who comprise 85% of the community, that the BBC would launch such an exercise in untruth. It is sad that a media house of such international repute can stoop so low. But then how was that reputation achieved—through serious journalism, or through agenda, propaganda and fakery?