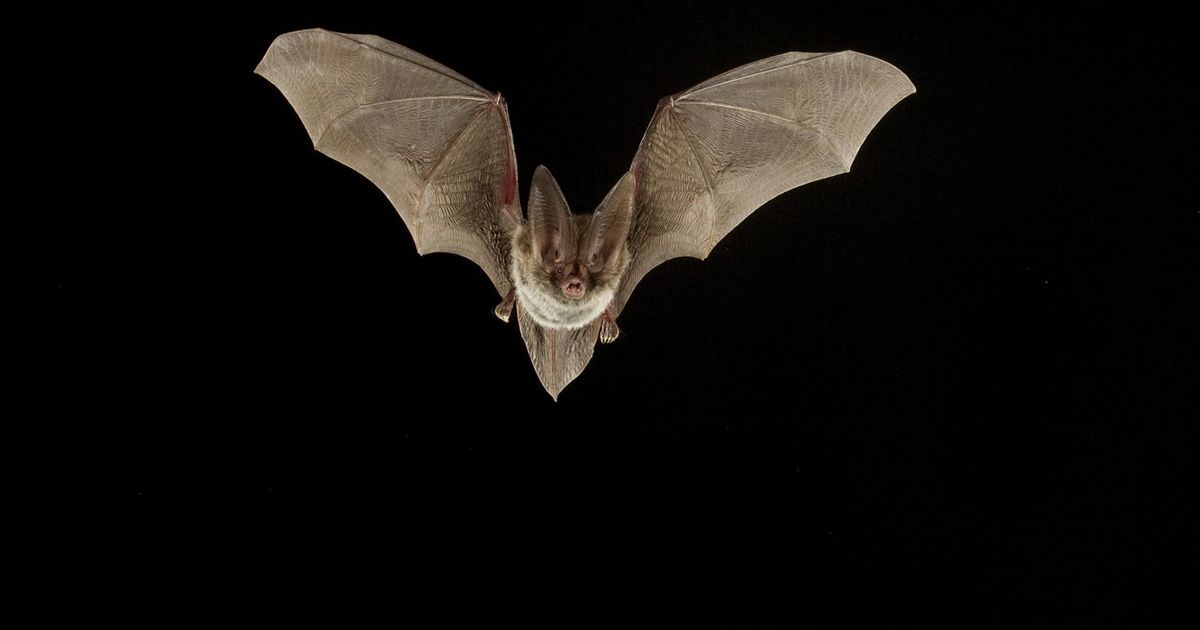 Bats use unique regions in the larynx to create high-frequency echolocation calls and lower-frequency social cries, according to a study published in the open-access journal PLOS Biology by Coen Elemans at the University of Southern Denmark and colleagues. The structures employed to produce low-pitched calls are similar to those used by death metal vocalists to produce growls.
Most mammals, including humans, have a vocal range of 3 to 4 octaves, but echolocating bats have a vocal range of 7 octaves. Their echolocating and social sounds have a frequency range of 1 to 120 kilohertz, making them unique among mammals.
Researchers extracted the larynx from five adult Daubenton’s bats (Myotis daubentonii), mounted them, and filmed them at 250,000 frames per second while applying a flow of air to mimic natural vocalisation to better understand how different vocal structures allow bats to produce such a diverse range of calls. The researchers then utilised machine learning to reconstruct the movements of vocal membranes concealed by other components.
They discovered that air pressure caused self-sustaining vibrations in the vocal membrane at frequencies ranging from 10 to 70 kilohertz, which was enough to create high-frequency echolocation calls. Thick folds of membrane slightly above the vocal cords, known as “ventricular folds,” vibrate at frequencies ranging from 1 to 3 kilohertz and are likely involved in the animals’ lower-frequency social cries.
Humans may also produce low-frequency vocalisations using their ventricular folds, such as death metal growls and Tuvan throat singing.
The research is the first to explicitly observe self-sustaining vibrations in bat vocal structures, which can produce echolocation and social cries. According to scientists, natural selection for high-frequency calls for echolocating prey and much lower-frequency calls for social communication has caused unique evolutionary pressures that have extended the vocal range of bats.
The authors added, “We show that bats vibrate extremely thin and light membranes extending from their vocal folds to make their high-frequency ultrasonic calls for echolocation. To extend their limited lower vocal range, bats make aggressive calls with their ventricular folds – as in death metal growls.”