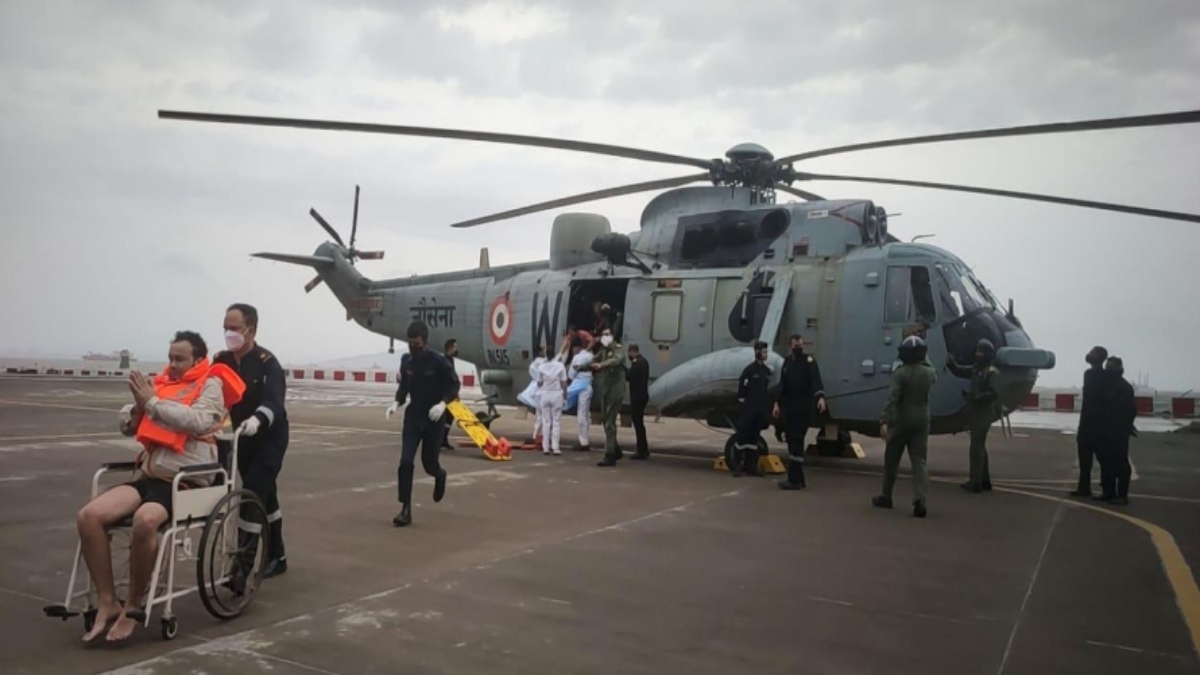 MUMBAI: The death toll due to the mid-sea mishap at Oil and Natural Gas Corporation’s (ONGC) accommodation barge “Papaa-305” (P305) in Bombay High touched 37 on Thursday, while the search for around 38 missing people is still on. 188 survivors (including two of tugboat Varaprada) and the mortal remains of 49 crew members of P305 have been recovered so far. INS Beas at Mumbai was disembarking the mortal remains. Ships and aircraft continue to search for the remaining crew.

22 ADR has been filed in Yellow Gate police station as the police received 22 dead bodies by the naval team. 11 bodies have been identified whereas 11 are still unidentified. The post-mortem of these bodies are being done in J. J. Hospital, Mumbai. Deceased Vishal Katdhare’s (35) dead body has been handed over to his family. The body of Rakesh Kumar Thakur (28) from Darbhanga, Bihar is still missing. His sister and brother-in-law have reached Mumbai to find his body.

“Most of the bodies were identified by the rescued people… In addition to the 22 dead bodies we are expecting 24 more bodies by Thursday night. Statements of more than 120 people have been recorded. Afcons Infrastructure authorities were called by the police to provide more details as they are not cooperating with the police for providing details of their personnel,” said Suhas Hemade, senior police officer.

Afcons in their statement denied taking the responsibility of people. “Afcon had hired this vessel from M/S Durmast Enterprises Ltd. We had given some kind of subcontract as a contract, in such a situation, the responsibility of the barge security also lies on the owner of the barge that the safety and safety of those on the barge is to be taken care of. There was also a workman and supervisor of Afcons who was involved in construction work on the barge.”

Meanwhile, according to a source at ONGC, the cyclone had changed its path, in addition to unprecedented wind speed due to unexpected low pressure, despite ONGC taking all the safety measures.

On Thursday, The India Meteorological Department (IMD) rejected claims that the cyclone had changed its path.

According to rescue workers, hopes are running out with each passing hour as it will be difficult for someone to sustain without food or water mid-sea in such extreme weather conditions.

“My husband works as the Chief Officer on Glory Ship Management item Varapradha. I spoke to him two days ago and now his phone is off. The company is not giving any response nor telling the crew who were on top of the ship. I am not aware of my husband’s whereabouts. I ask for help from Coast Guard and Navy to find my husband soon,” said Rajni Singh, wife of Hitendra Vikram Singh, the missing Chief Officer of the Varapradha tugboat.

A total of 13 people were missing from Varapradha, of whom only two have been rescued.

In the early hours of May 17, Cyclone Tauktae hit the Arabian Sea off the coast of Mumbai, where ONGC’s major production installations and drilling rigs are located. Leading to one of the largest mid-sea rescue operations by the Indian Navy and Coast Guard, ONGC’s barge P305 sank in the sea nearly 35 nautical miles off the Mumbai coast after water gushed into it.

COVID VACCINATION DRIVE SUSPENDED DUE TO CYCLONE RESTARTS IN GUJARAT