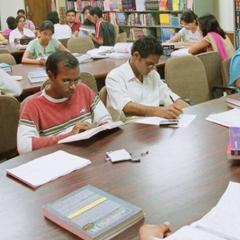 The administration of Uttar Pradesh’s Bareilly district magistrate’s office has prohibited all employees and officers from wearing casual clothing. In issuing the notice, district magistrate Shivakant Dwivedi warned all government employees that “action will be taken” if they violated the dress code.

As per the reports, “Government employees and officers should wear formal attire to make them look like they are officers. Those who have to wear casuals can wear them outside. Earlier also a written order was issued several times for the dress code. They were asked to wear formal attire and not wear jeans and t-shirts in the office,” said Shivakant Dwivedi.

Shivesh Kumar Gupta, an administrative officer, applauded the order and stated that “employees should wear formal clothes in the office.”

“There is a provision of dress code in advance that the normal dress is worn in the office and this is not a new thing. All the seniors in the office come in formal attire only they never wear jeans. Some of our new colleagues wear jeans and t-shirts sometimes but they have also been instructed and they are also managing this very well,” the district magistrate added.

Several state governments have taken similar actions in the past regarding the dress code. Previously, the Uttarakhand government prohibited employees from wearing T-shirts or jeans to meetings with higher-ranking officials in all government offices.

Subodh Kumar Jaiswal, director of the Central Bureau of Investigation (CBI), mandated that all officers wear formal attire to work in 2021.

Justin Bieber’s India concert will go ahead as planned: Promoters