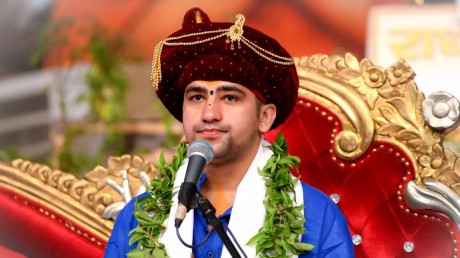 Superintendent of Police (SP) Sachin Sharma said, “A case under section 506, 507 of the Indian Penal Code was registered against an unknown person in Chhatarpur’s Bamitha police station.”

Meanwhile, the accused who threatened self-styled godman Dhirendra Shastri is yet to be identified.

After making controversial remarks saying “support me and I will give you a Hindu nation”. Dhirendra Shastri came to the headlines.

“Any priest, cleric, or person who challenges Sanatan Dharma will get the reply. But then I am saying, you support me, I will give the Hindu nation,” Shastri said.

Earlier, a Maharashtra-based organization challenged him to show his power at an event in Nagpur on 20 January.

Talking to the media Shastri responded to the challenge by saying, “Such people will keep coming. We do not operate within closed doors. They (people who have challenged him) should come and see for themselves. Anyone can challenge my words and actions on camera. Lakhs come and sit in the court of Bageshwar Balaji. Whatever inspires me, I will write and what I write, will turn out to be true. I have faith in my God.”

However, under several IPC sections, an FIR has been registered by the police.