Avani scores 66 in 15th round of WPGT 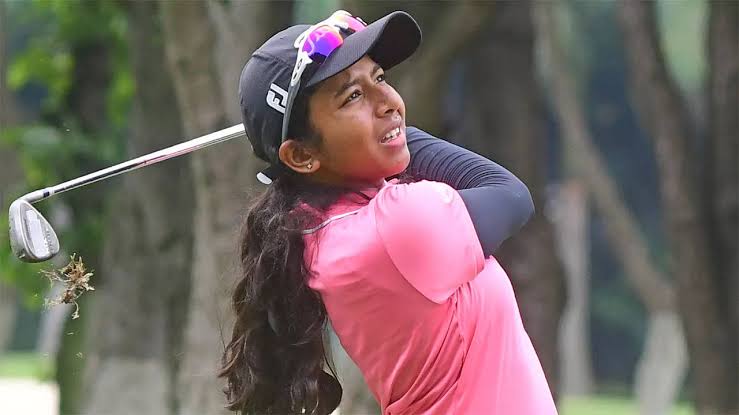 Avani Prashanth increased her lead after the first 36 holes of the Women’s Pro Golf Tour by six strokes with a six-under 66 in the second round of the 15th Leg of the Tour at the Chandigarh Golf Club.

Amateur Avani, a WPGT champion, is currently 10-under through two rounds. Gaurika Bishnoi, who is in second place, is 10 shots behind her (74-70). Ridhima Dilawari, who won last week, and Lakhmehar Pardesi, who are tied for third, are four shots further back than Gaurika. The third-best round of the day, behind Avani and Gaurika, came from Sneha Singh (72). Hitaashee Bakshi (74-76) and amateur Heena Kang (73-77) tied for sixth place, while Sneha advanced to fifth.

The 16-year-old Avani was the talk of the day after shooting a double bogey, two additional bogeys, and eight birdies. To reach the halfway point in an impressive 6-under 30, she started with an eagle on the par-5 second hole and added birdies on the fourth, sixth, eighth, and ninth holes.

Four additional birdies were made on the back nine, including one on the tenth, for a hat-trick of gains from the eighth to the tenth. Avani had bogeys on holes 12 and 15, as well as a double bogey on the par-4 17th. Between, she made consecutive birdies on holes 13 and 14, followed by a closing birdie on hole 18, to finish with a 66.

Avani did win twice in 2021, despite not having won in 2022. She won the third leg at BPGC with two cards of 67, and in the second round of the 11th leg in Panchkula, she shot 66. She finished second behind Amandeep Drall in Chandigarh the previous year.