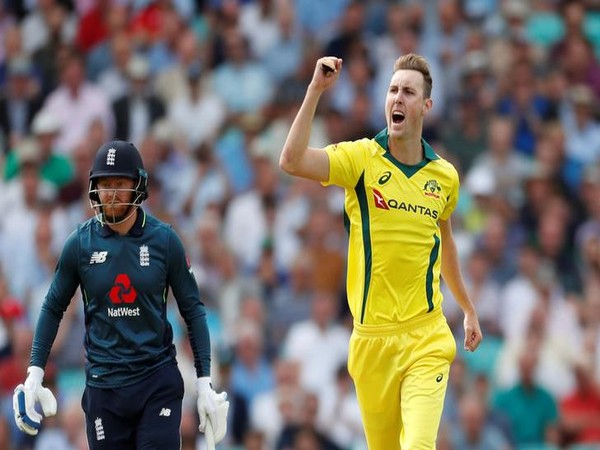 Derbyshire [UK], March 8 (ANI): Australia pacer Billy Stanlake is keen on honing his skills in the longest format of the game after being roped in by Derbyshire.
Derbyshire on Monday announced the signing of Stanlake for the entire 2021 season, subject to final approvals.
Stanlake, who has represented Australia 26 times, will link up with Dave Houghton’s side between April and September, with the 26-year-old available for all formats, having been a long-term target for the club.
The Australian fast bowler wants to work on his red-ball game, having featured in only eight first-class games since his first match in 2015.
“I can’t wait to get started with Derbyshire and show the supporters what I’m all about, it’s a really exciting time for me,” the Derbyshire CCC website quoted Stanlake as saying.
“I’m keen to develop my red ball game, and this move gives me the opportunity to hopefully help Derbyshire to build on their form across the competitions. The club is ambitious, they want to win trophies and hopefully I can be a part of that success,” he added.
Since making his debut for Queensland in 2015, Stanlake has taken 136 wickets in 113 games across all formats, with his List A and Big Bash performances earning him international recognition.
The fast bowler has seen most of his success come in T20 cricket, where he has taken 81 wickets at an average of 26.53, including best figures of 4-8 for Australia against Pakistan in 2018, while he took 13 wickets for Melbourne Stars during their Big Bash campaign, the second-most for the side.
Head of Cricket, Dave Houghton, said: “Billy is a player we’ve been watching for some time, there’s not too many players of his quality available for all formats, so it’s really pleasing to get him in. He’s tall and he bowls at a high pace with a good level of bounce and variation.
“He’s someone who has made his name with the white ball, but he’s determined to show what he can do in first-class cricket as well. That hunger will be huge for us, and he’s a great addition to our bowling attack.” (ANI)