ASHWIN HAS A LOT TO OFFER, HE IS VERY EXPERIENCED, SAYS LEE - The Daily Guardian 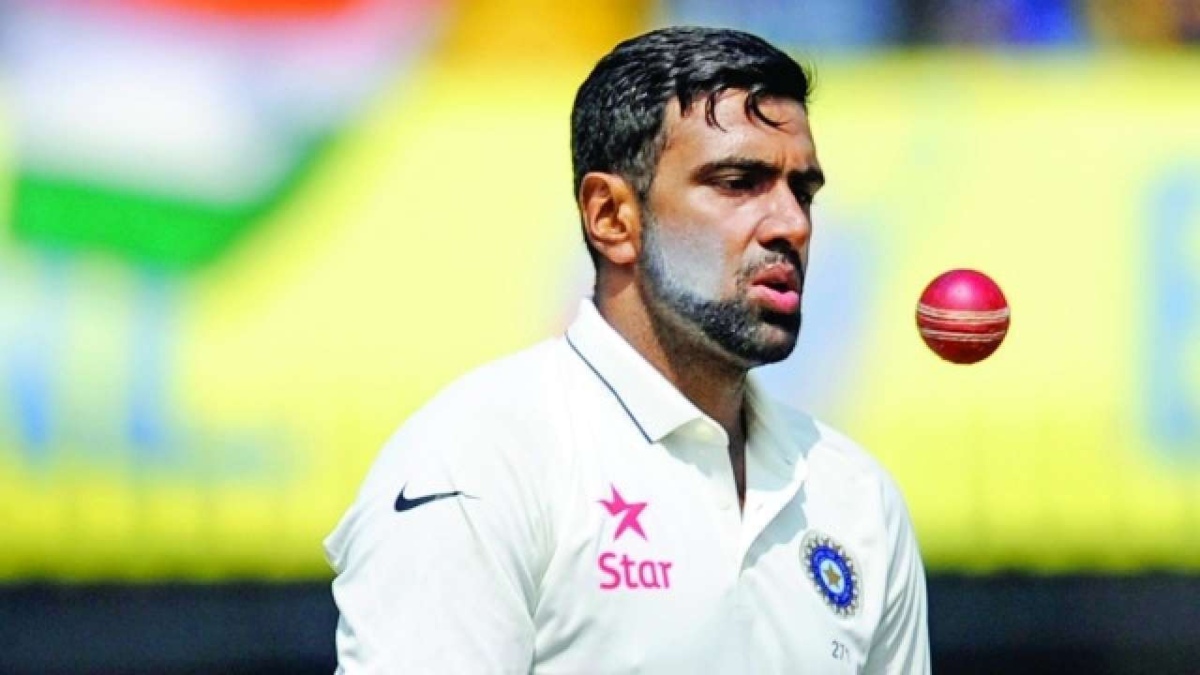 Going into the game against New Zealand, the Indian team management would definitely have to sit down and decide whether they will go in with the same spin-bowling duo of Varun Chakravarthy and Ravindra Jadeja or pick one from R Ashwin and Rahul Chahar.

While Chahar is short on experience, Ashwin last played a T20I back in 2017 against West Indies. But then, Ashwin is one of the most experienced players in the squad. While former Australia pacer Brett Lee feels Ashwin has a lot to offer, he was quick to point that picking the off-spinner in the XI is a call that the captain will have to take with the selectors. “If you are after an angle about Ashwin, he is first and foremost a wonderful cricketer. I am a big fan and he has got a lot to offer, he is very very experienced. He is a great leader and of course, he can play every single game. They (team management) chose not to play him and that is on them. But whether he should be in the XI is upto the selectors and captain to make a call,” he told.

Interestingly, the match against New Zealand is a must-win game for India if they wish to get the campaign back on track after losing the first game against Pakistan and Lee feels the Kiwi outfit has a well-balanced look to it.

The Indian unit could also wear a balanced look if all-rounder Hardik Pandya is cleared to bowl. His back holding up at training on Wednesday after he bowled a short spell for around 15 minutes came as a huge sigh of relief for the Indian team management.

Hardik was the highlight of the training session at the ICC Academy on Wednesday as he bowled for a short span of around 15 minutes. This after he ran long sprints under the watchful eyes of strength and conditioning coach Nick Webb and Soham Desai. The fitness drill had also lasted around 20-25 minutes.He then put on his batting gears and walked into the nets to fine-tune his batting skills. Taking throwdowns, he went full throttle and there was no holding back.

Everyone was talking about my form but I wasn’t worried, says Warner 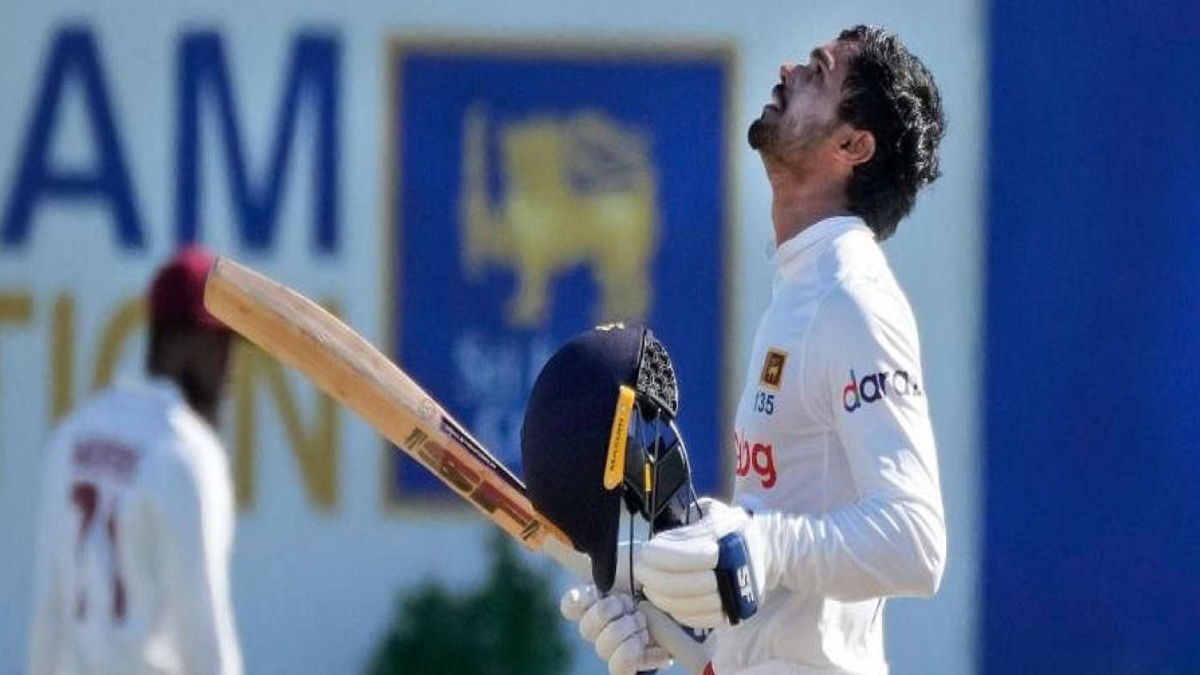 Dhananjaya de Silva starred with the bat scoring an unbeaten 153 as Sri Lanka took the driver’s seat on Day Four of the ongoing second Test against West Indies on Thursday.De Silva led Sri Lanka’s charge on Day Four as the hosts got a significant lead of 279 runs before the close of play on Thursday. Sri Lanka had ended day three on 46/2, trailing by 3 runs but De Silva made sure the hosts walk away with a big lead on Thursday.

On Wednesday, West Indies started the day at 69-1 and progressed to 145-2 at lunch. They batted well to add 76 runs in the morning session, losing only one wicket against Sri Lanka’s spin bowlers on a turning pitch.

Brathwaite was 62 at the interval, after positing his 23rd Test half-century. He added 10 more after the interval when he was bowled by Lasith Embuldeniya on Day Three.Brathwaite faced 185 balls and batted for close to 4 1/2 hours but his dismissal with the score at 166-3 led to a collapse as West Indies were folded for 253 in the first innings.Sri Lanka then on Thursday made sure to have a significant lead over the visitors as De Silva batted 259 balls to take hosts to 328/8. 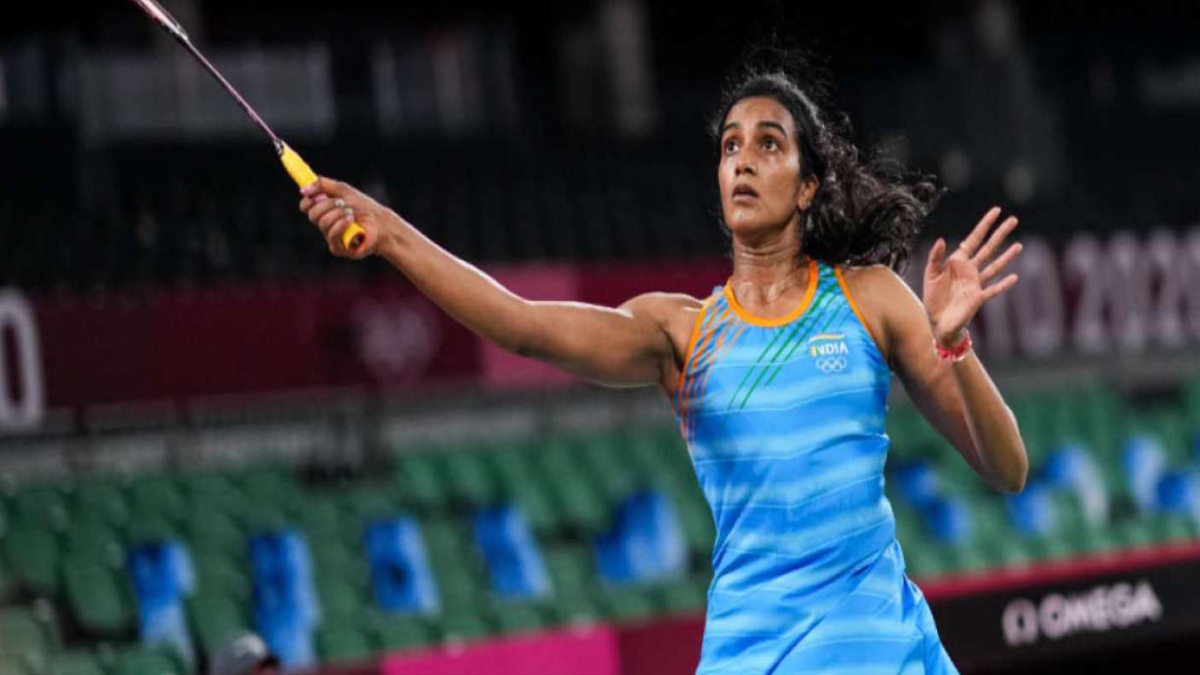 Two-time Olympic medallist and star Indian shuttler PV Sindhu marched into the semi-finals of the ongoing BWF World Tour Finals on Thursday. Sindhu defeated German badminton player Yvonne Li in straight sets 21-10, 21-13 to seal the game in just 31 minutes. The Indian shuttler won her second group stage clash with a thumping victory on Thursday. Sindhu had defeated Denmark’s Line Christophersen 21-14, 21-16 in a match that lasted for 38 minutes on Wednesday to begin her campaign on a high.

The players/pairs are divided into two groups of four each. Each player/pair will play every other player/pair in their group in a round-robin format, with the top-two in each group progressing to the semi-finals.

WRIDDHIMAN SAHA IS FIT AND HAS RECOVERED FROM NECK NIGGLE, CONFIRMS KOHLI 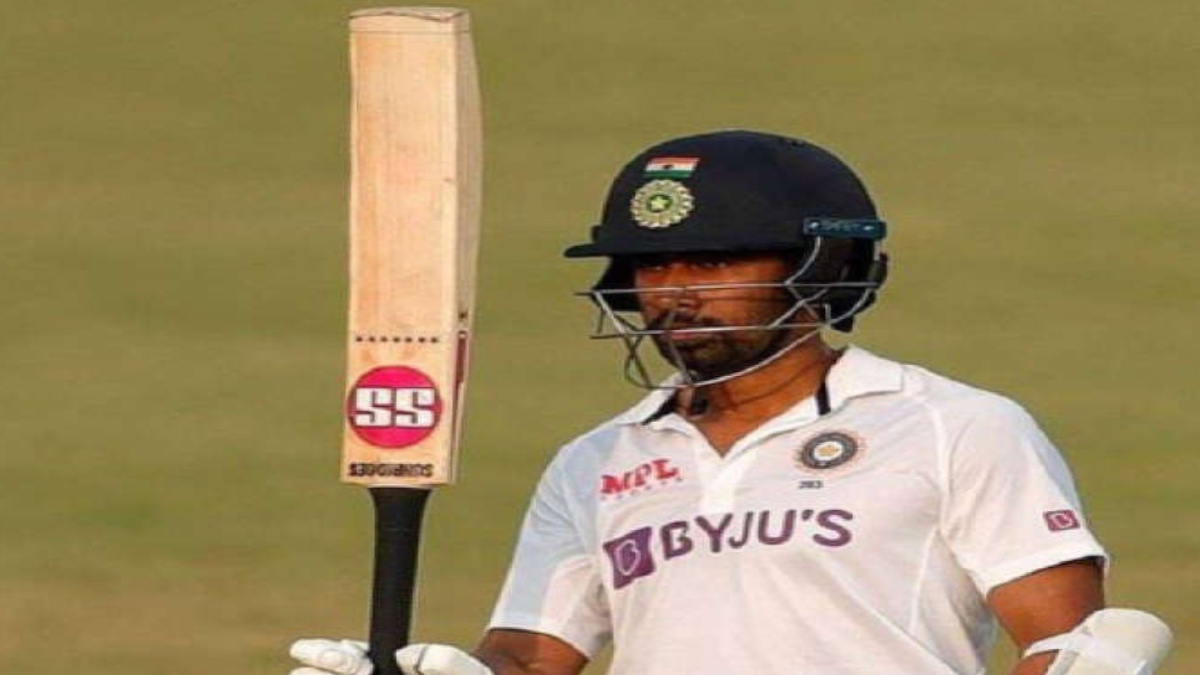 India skipper Virat Kohli on Thursday informed that wicket-keeper batter Wriddhiman Saha has recovered from his neck niggle. During the fifth day of the first Test against New Zealand, in Saha’s absence, Srikar Bharat donned the wicket-keeping gloves. “Wriddhiman Saha is now fit and he has recovered from his neck niggle. We will discuss the combination in a bit based on weather and pitch conditions,” said Kohli on the eve of the second Test.Kohli also explained why he started to practice at the Cricket Club of India (CCI) in Mumbai for the Test series against New Zealand even when he had taken some time off from the game after spending six months in bio-bubbles.

The second Test between India and New Zealand will begin on Friday at the Wankhede Stadium, Mumbai with the series being locked at 0-0. “It was just to stay in the rhythm of playing red-ball cricket. The idea was to get repetition and volume which is important in Test cricket, so it is just about getting into the mould of switching between formats. This is something I have always tried to do. Whenever I get the opportunity to work on setting up for different formats, it is more so mentally than anything related to technique,” said Kohli while replying to an query during a virtual press conference. 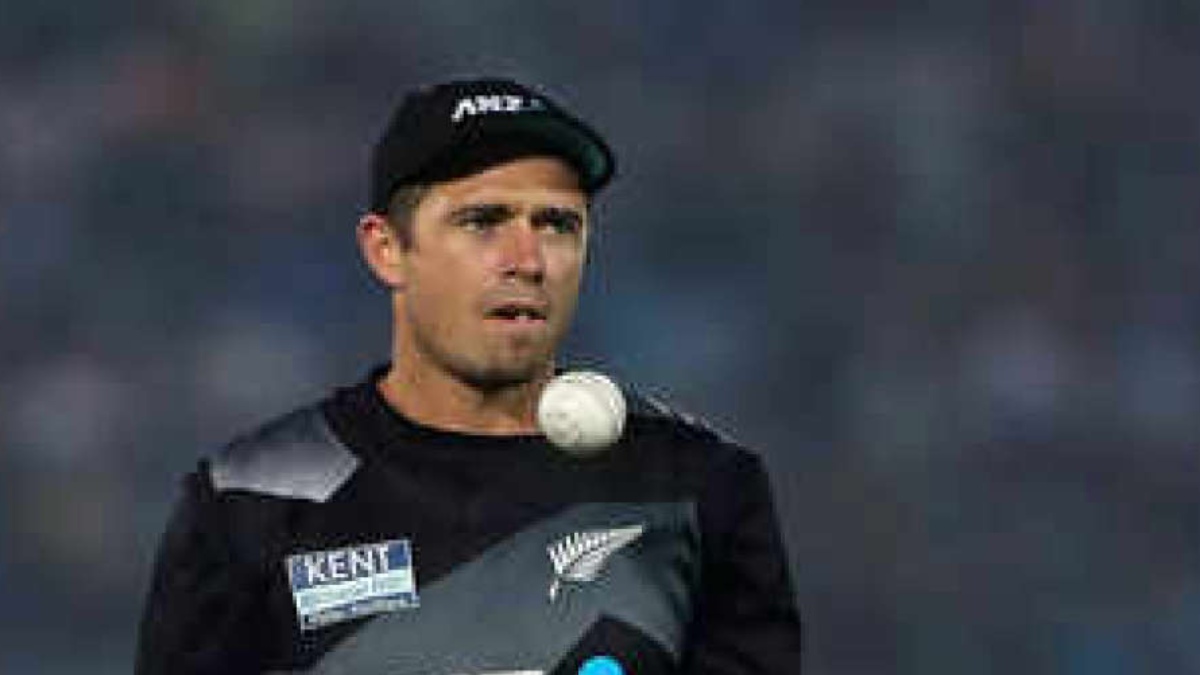 New Zealand pacer Tim Southee has backed the Kiwis middle order to come good in the second Test against India despite a poor show in the opening game. Ross Taylor, Henry Nicholls, and Tom Blundell all failed to leave a mark before Rachin Ravindra’s gutsy innings helped New Zealand earn a draw in the first Test on Monday. “No, I don’t think so (middle-order concern). There were periods for both sides where one was able to take wickets at a time, so it’s not easy to start in these conditions,” said Southee while replying to an ANI query during a virtual press conference.

“Ross Taylor is experienced and knows this part of the world as well and then you have a couple of guys who have played here. “So I don’t think the form of middle order is a concern for us. They are all quality players and I’m sure they can perform at this level,” he added.

The second Test between India and New Zealand will begin on Friday at the Wankhede Stadium, Mumbai. Talking about the inclement weather in Mumbai, Southee said: “I guess the wickets have been under the covers, hopefully, Gary and Kane can have a look at this wicket this afternoon. We were not expecting rain but this is something we need to adapt to it.” 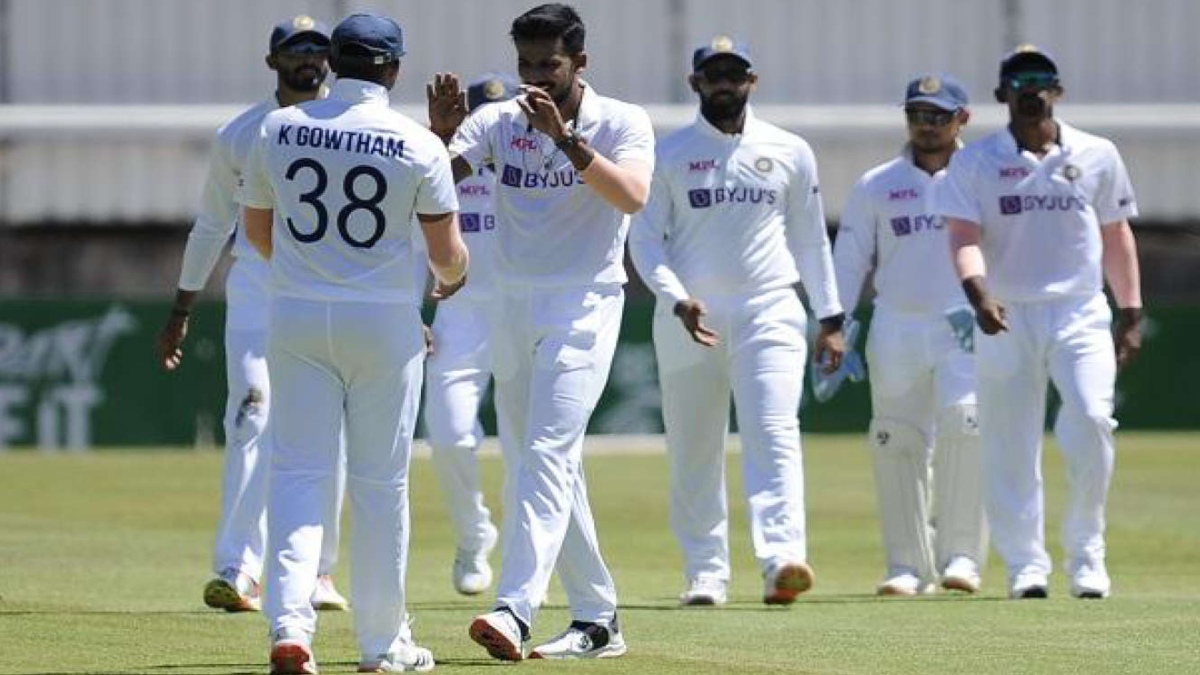 India’s tour of South Africa might be pushed back by one week due to the threat of the COVID-19 Omicron variant.

A BCCI official on Thursday confirmed that both boards are in constant touch and the decision will be taken keeping the safety of players in mind. “We are discussing to push back the series by a week due to the threat of Omicron COVID variant and we are awaiting the Indian government nod, both boards are in constant touch and everything is being discussed. The health and safety of our players is of utmost importance,” the senior official told ANI.

India is slated to tour South Africa next month for three Tests, three ODIs and four T20Is. The tour is slated to begin on December 17. Earlier, Anurag Thakur, the Union Minister for Youth Affairs and Sports had said that BCCI should consult the government before sending the cricket team to South Africa where a new COVID-19 variant has emerged.“Not only BCCI, but every board should also consult the Indian government before sending the team to a country where a new COVID-19 variant has emerged. It is not right to send the team to a country where there is a threat, if BCCI consults us we will deliberate on that,” Thakur had told ANI here in Baghpat.

The World Health Organisation (WHO) named the new COVID-19 variant B.1.1.529, which has been detected in South Africa, as ‘Omicron’. This came after the WHO held a meeting to discuss the newly-identified COVID-19 variant. Meanwhile, India A players are currently in Bloemfontein for the ongoing series against South Africa A.

With Kohli back, hosts look to seal series win

The second Test between India and New Zealand will begin on Friday at the Wankhede Stadium, Mumbai. 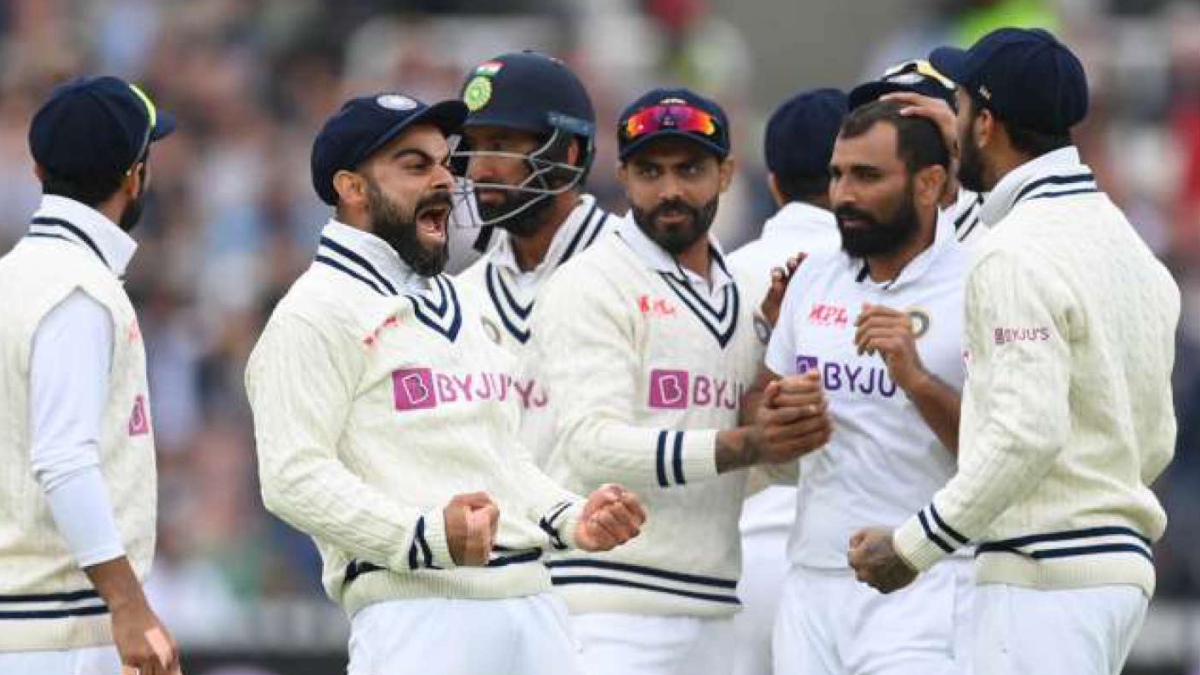 The first Test between India and New Zealand might have ended in an enthralling draw but now the time is over to ponder over what might have been as the second Test is not that far away.

The second Test between India and New Zealand will begin on Friday at the Wankhede Stadium, Mumbai. The game will see the return of India skipper Virat Kohli, however, his comeback has left some selection dilemma for the hosts. With Shreyas Iyer becoming the first Indian debutant to score a century and half-century in his debut Test, he cannot be dropped and with the poor form of Ajinkya Rahane and Cheteshwar Pujara, the choice has been made all the more difficult on who should go out of the XI to make way for Kohli.Rahane and Pujara failed to impress with the bat in the first Test, and the road ahead looks difficult for the once-reliable Test batters. However, the management is expected to stick with these two for atleast the Mumbai Test. Wicketkeeper Wriddhiman Saha suffered a stiff neck in the first Test, so he might make way for Srikar Bharat who can also bat as an opener.

So in all probability, Kohli will come in place of Mayank Agarwal into the lineup. Coming to the bowling scheme of things, Ishant Sharma looked completely out of sorts in the first Test, so Mohammed Siraj can be brought in to add further firepower to the bowling attack which already comprises Umesh Yadav, Ravichandran Ashwin, Axar Patel and Ravindra Jadeja.

Talking about New Zealand, openers Will Young and Tom Latham were impressive with the bat, but the visitors will look to get more out of the middle-order, especially skipper Kane Williamson.

Kyle Jamieson and Tim Southee produced one of the best bowling performances by visiting pacers on an Asian pitch, but the inability to dismiss the lower-order will play on the mind of the visitors.

The World Test Championship (WTC) winners will look to correct their mistakes and go one step ahead to register a memorable Test series win over India.