ASHOK KUMAR: THE ONLY INDIAN REFEREE TO OFFICIATE IN TOKYO OLYMPICS - The Daily Guardian 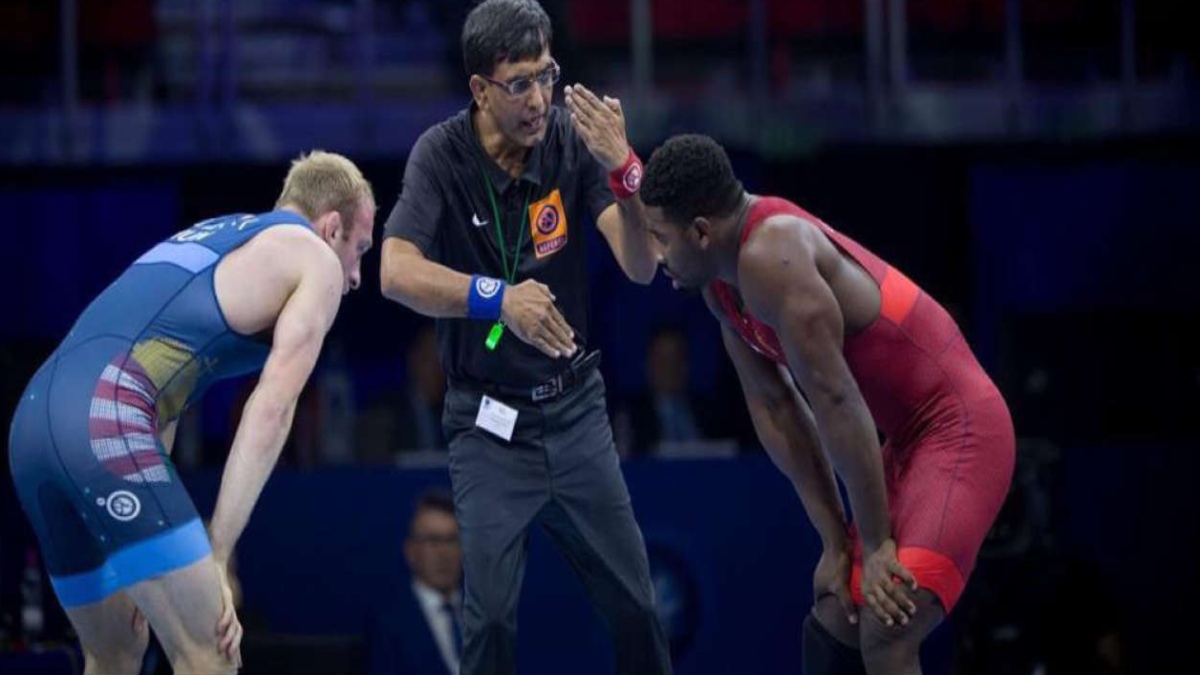 He is calm, composed, focused and aspires to become known as one of the best. “I was always a strong-headed person. I knew the subjects in which I was not good and subjects where I can outperform others,” said Ashok Kumar, who will be the only referee from the country to officiate in wrestling matches of the Tokyo Olympic Games.

In the same manner, he drove his life, and today has set a benchmark by becoming the maiden referee from India to officiate wrestling matches in Tokyo Olympic, and he has successfully achieved it for the second consecutive time.

Born in a state where wrestling is much loved, Haryana, Ashok Kumar, 52 grew a passion for the game in his early age which he never gave up even after not pulling off greats as a player. But his admiration for the game led him to become a coach for the game.

“While serving in the Indian Air Force I got many opportunities to play the game and train. I was able to get into the rhythm and soon realized that if I become the coach of the game then I’ll be able to stay close to the game, and nurture new generations,” Ashok Kumar told The Daily Guardian.

Ashok enrolled himself at National Institute for Sports for two years and pursued a diploma. After completing it, he was appointed coach for the air force team and several other service teams. “Within few years, I got a call to coach the Indian national team and that moment changed my life, literally. I was able to interact with players and my involvement was also getting recognition. My reputation with players was really smooth and I believe even players were able to show some faith in me,” he added.

“I represented India for three to four years, from 2001 to 2004 I was the head coach of the Indian team. During this period, Ashok Kumar was informed that something happened which transformed his life. In a few matches, I was offered to officiate as referee and I feel fortunate enough to cash in those opportunities,” said Ashok Kumar.

Gradually Ashok’s interest in referring to the game grew and because of that he went to Greece in 2005, to apply for the license of becoming a referee for International games. “I cleared my tests and within two months and I got my official license for international games. And since then I am serving the game,” he added.

The new referees must not focus on the colour of corners while serving as referees as it can bring bias. “A referee should judge the game going beyond the players and countries involved in the game. They should learn and read the rule book to avoid any avoidable judgments,” said Ashok Kumar.

Kumar has also been given the World Wrestling Referee Educator accolade by the United World Wrestling. Ashok Kumar also believes that India’s representation in the game of wrestling will be really good in the Tokyo Olympics and that the color palette of the medals will be also interesting.