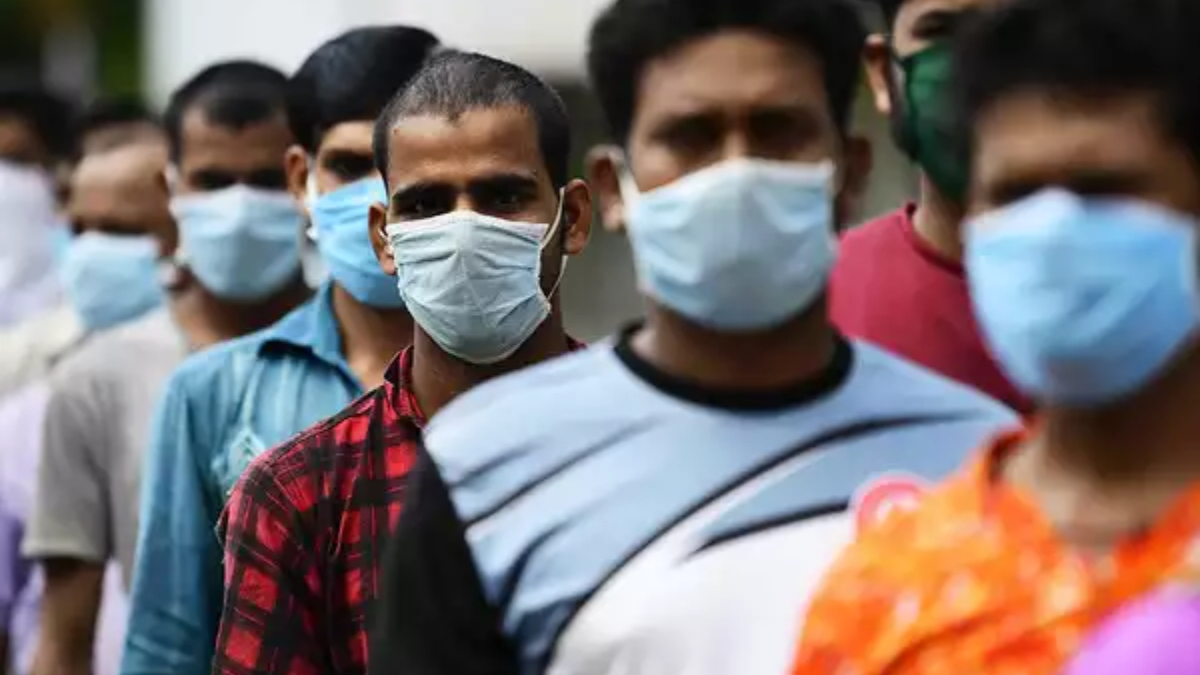 As the states inches toward opening of malls, places of worship, etc, spike in corona-positive cases continues unabated. According to the data released by the Union Health Ministry on Sunday, 9,971 new cases of coronavirus have been reported in the country in the last 24 hours, after which the total number of infected people has reached 2,46,628. A total of 6,929 people have died due to this infection in the country, and 119,293 people have recovered. Maharashtra, Tamil Nadu, Delhi and Gujarat have reported 1,60,366 cases of Covid-19 infection, which is 65% of the total infected cases.

Meanwhile, the government on Sunday defended the timing of imposition of nationwide the lockdown and called media reports “baseless” that had expressed concerns that it did not take inputs from technical experts while drawing up its strategy to fight the virus.

The government also said it is “fine-tuning” its strategy based on emerging knowledge and experience on the ground. “The doubling rate of cases had dropped to a low level, pointing toward a dangerous trajectory of high case load and high mortality, as experienced by many western countries. The possibility that our health systems could soon be overwhelmed with COVID-19 patients seemed to be real,” the ministry said in a statement, adding that there was consensus among all state governments on the issue of lockdown.

Maharashtra has been the most affected in the country by this epidemic. In the last 24 hours 3,007 new cases have been registered in the state and 91 people have died, the total number of people affected has increased to 85,975 and the death toll from this deadly virus has increased to 3,060. During this period, 2,234 people have become disease-free in the state, which has brought the total number of active cases to 43,591.

Tamil Nadu ranks second in being affected by coronavirus, where the number of infected has reached 30,152 and 251 people have died while 16,395 people have been discharged from various hospitals after treatment.

Due to corona, the situation in the national capital also remains worrying and Delhi ranks third in the country in terms of number of infected people. In Delhi, 28,936 people have been infected and 812 have died, while 10,999 patients have been discharged from hospitals after treatment.

After this, the western state of Gujarat is worst affected by Covid-19. So far 20,097 people have been infected in Gujarat and 1,249 people have lost their lives. In addition, 13,316 people have recovered from this disease. In Rajasthan too, the corona outbreak is in full swing and the number of infected has reached 10,599 and 240 people have died, while 7,501 people have fully recovered.

In the Union Territory of Jammu and Kashmir, the number of infected has increased to 3,467 and 39 people have died. Fifty in Punjab, 30 in Bihar, 24 in Haryana, 15 in Kerala, 11 in Uttarakhand, 8 in Odisha, 7 in Jharkhand, 5 in Himachal Pradesh and Chandigarh, 4 in Assam and Chhattisgarh, and 1 in Ladakh and Meghalaya have died. With agency inputs

Pitfalls of living with dangers of human rights violations

Breaking myths on Islam through world cup: The Qatar way