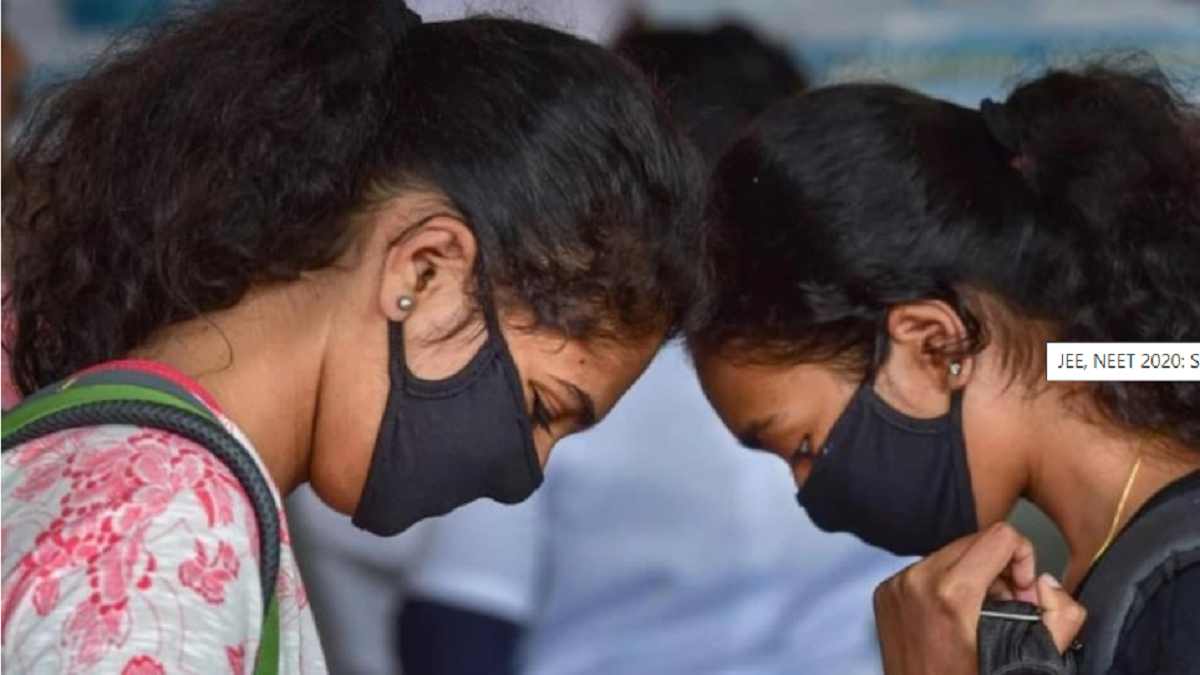 While the JEE is scheduled to be held from 1-6 September, the NEET will be held on 13 September.

Both the outfits concurred with each other demanding cancellation of all first and second year exams, thus promoting students. They demanded holding of final year exams, if at all mandatory, in a way that students from all across the country can write them. But they are not ready to settle for anything less than postponement of NEET and JEE.

“There are students in Bihar and Assam who cannot sit for exams. The floods and lockdown have affected so many lives and if the government pushes forward with the current dates, it will lead to these students being left out. We are not asking for the cancellation of entrance tests. The reason they’re held is to find the best students. How will that be possible if an entire section just cannot appear for them?” asks NSUI national incharge Ruchi Gupta.

The same view was held by AISA. The leftist student wing has been holding protests and on Sunday organised a one-day hunger strike against the exams.

“Students are facing an unprecedented crisis in the country. There are so many of them who have been affected by the lockdown, floods and even the internet unavailability in Kashmir. How will students write their exams? The entrance tests need to be postponed, first and second year exams have to be cancelled and even those students who cannot appear for their final year exams need to be evaluated via different methods to pass them,” said the student body representatives.

On 17 August, the Supreme Court while dismissing a petition by students from 11 states to defer the exams stated that the entrance exams will be held as per schedule. “The careers of students cannot be put under jeopardy,” the top court said.

According to estimates, admit cards for the JEE (Main) exam have already been issued by the National Testing Agency (NTA) and around 6.5 lakh students (of the nearly 8.6 lakh who had registered) have downloaded them.

On Saturday night, Delhi Deputy CM Manish Sisodia also waded into the debate and posted on social media in Hindi saying, “In the 21st century, we can’t find an alternative to an entrance exam. This is not possible. The government’s intent should be to think about the welfare of students. There can be a thousand safer alternatives to NEET-JEE.”

In another post, he said, “The thought process that NEET-JEE is the only alternative is an impractical thought. Worldwide, education systems are adopting new methods. Why can’t we do it in India? It’s not wise to put students’ lives at stake for an entrance test.”

Meanwhile, the Akhil Bharatiya Vidyarthi Parishad (ABVP) which is affiliated to the RSS, has stayed out of the debate. Sources in the organisation told The Daily Guardian that they were gathering consensus and would come out with a national consensus about the issue soon.