Army Chief’s Nepal statement was based on the obvious 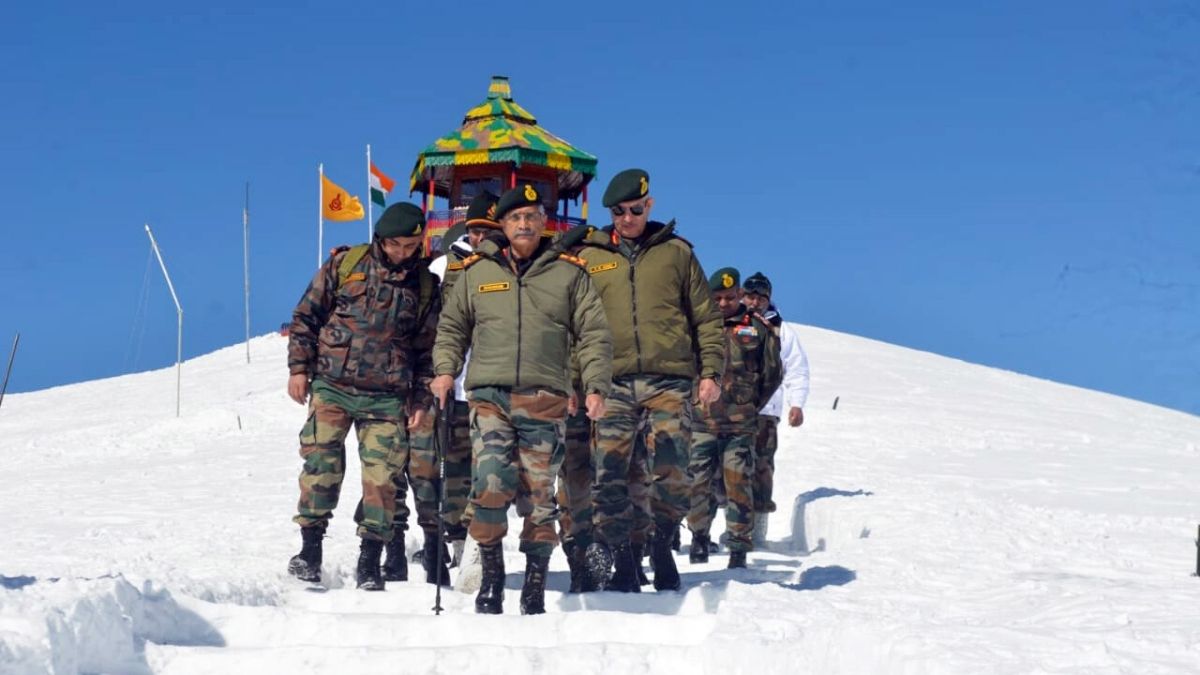 The alleged controversy over the Indian Army Chief ’s statements over the Kalapani-Lipulekh boundary issue with Nepal during a webinar organised by the Manohar ParrikarInstitute of Defence and Strategic Analyses (MPIDSA) is mostly a bogeyman. It is meant to distract from the real issue at hand, which is the internal political upheaval within Nepal and its exploitation by China to pressurise India over a number of issues. It is therefore important to understand the context behind Gen M.M. Naravane’s statement.

While addressing a Question-andAnswer (Q&A) session at the end of the MP-IDSA sponsored webinar, the Chief of the Army Staff (CoAS) was asked about the controversy behind the Nepal government’s decision to claim the entire area of Kalapani and Lipulekh, and whether that would affect the construction of the road on the Indian side. To this, he replied simply that there was no controversy over the road, since it was well within India’s territory and had been discussed with the Nepalese side. He further added that the timing of the aggressive claim was not without a motive and that Nepal was acting at someone else’s behest, a thinly veiled reference to China’s diplomatic manoeuvring within the erstwhile Himalayan kingdom.

Since then, a number of commentators have cried hoarse over the fact that the Chief’s comments were insensitive, and that he shouldn’t have waded into a non-military domain. One veteran, now part of the political establishment, has gone so far as to say that the Chief’s remarks are damaging to the relations with the Nepalese army, and the large number of Nepalese citizens (colloquially referred to as Gorkhas within the armed forces) forming part of the Indian army; not realising that in raking up non-existent issues such as the likely impact on Gurkha troops, he is attempting to score political brownie points at the cost of national security. What is more interesting is that this veteran has had a very blowhot-blow-cold relation with the army.

In 2014, he had attempted to encroach upon prime defence land in Jalipa, Rajasthan, and construct a farmhouse which was promptly followed with an eviction process by the local military commander. Also, he is known to have familial relations within Nepal, whose political links are still unknown. The credibility of his entire argument therefore does not stand scrutiny. The statement of the Army Chief on Nepal raking up the boundary issue at the behest of someone else is of strategic import. By portraying it as a habit of senior military officers making politically loaded statements is to completely misunderstand the meaning of security and the role and importance of the military within the national security apparatus.

This deliberate attempt to castigate the Army Chief and thereby dilute the importance of his message at this juncture, when Indian troops are staring down the Chinese at the icy heights of Pangong-Tso and Galwan Valley, is to prioritise political opportunism over national security, even the country itself. Merely calling out the short-sightedness of these attempts is not enough. It is equally important that the correct story behind India’s construction of the 80 km road that links the Lipulekh Pass in the north eastern corner of Uttarakhand to Kailash Mansarovar and which was inaugurated by the Raksha Mantri Rajnath Singh on 10 May 2020 through video conferencing, is put in the public domain. The road aims to shorten the trek time of the Kailash Mansarovar pilgrimage into Tibet from three weeks to one week.

However, the Nepal government believes the road falls into part of its Sudurpashchim Pradesh along with the three important areas of Limpiyadhura, Kalapani and Lipulekh totalling approximately 400 sq km, as per the Treaty of Sugauli (1816). Apart from this, India and Nepal also have boundary disputes in the Susta and Mechi area, however the one in Kalapani assumes additional significance due to it forming the tri-junction between India, China and Nepal.

The main bone of contention is the difference in perception of both sides of the origin of the Mahakali river that forms the border between Nepal and India. Though Nepal periodically claimed the area, it was consistently shown by India to be a part of Uttar Pradesh initially and later Uttarakhand. Till 1997, Nepal did not raise any major issues with these depictions.

Though the road construction was started in 2008, it did not become a major issue with Nepal till 2015 when India signed a separate treaty with China over the use of the Lipulekh pass as one of the designated trade points between the two countries. The diplomatic tussle came out in the open with India’s publication of its latest map in Nov 2019 showing the erstwhile state of Jammu and Kashmir (J&K) as two union territories (UTs) and Kalapani-Lipulekh as part of India.

This formed the pretext for Nepal’s cartographic aggression when it came out with a map of its own on 20 May 2020, for the first time showing the entire 400 sq km of Indian territory as its own. That the timing coincided with China’s aggression against India both in northern Sikkim and eastern Ladakh in the first week of May, escaped the notice of no one. This same collusion was alluded to by the Army Chief during the webinar where he stated the obvious, being well within his rights to comment on a matter of national security, since the issue involved India’s territorial integrity.

Despite attempts at politicking by a small coterie of individuals on both sides, a number of factors keep India and Nepal close. Relations between India and Nepal have been strengthened on the basis of a number of privileges being provided to the citizens of both countries on a reciprocal basis, including the freedom to move across borders and seek work without the hassles of obtaining visas. The Indo-Nepal Friendship Treaty of 1950 formed the basis of this bonhomie.

Similarly a number of bilateral trade agreements were signed between the two countries (last amended in 2019) that provided Nepal with benefits such as duty free access to each other’s primary products, nonreciprocal access to the Indian market for Nepalese manufactured products, and establishment of a number of facilities such as Land Customs Stations (LCSs), upgradation of four major custom checkpoints such as those at BirgunjRaxaulto international standards and operationalisation of traffic-in-transit trade through Vizag. In terms of military diplomacy, no relationship can parallel the warmth and bonhomie between the Indian and Nepalese army.

The Indian Army is the main source of weapons, equipment, vehicles and training for majority of the Nepalese army. Almost 40 battalions of the Indian Army recruit directly from Nepal. There are a number of Indian Army ex-servicemen in Nepal for whom Exservicemen Contributory Health Scheme (ECHS) and Canteen Stores Department (CSD) facilities have been provided in-situ in Nepal. India and Nepal also conduct joint exercises alternatively in selected locations across both countries and maintain close relations with each other.

In fact, even when the Nepali Defence Minister and Deputy Prime Minister Ishwor Pokhrel claimed that the Indian Army Chief’s statements had hurt the sentiments of Nepali Gurkhas, the office of the Nepali army spokesperson refused to comment on the issue saying that the army was not entitled to comment on the “opinion” of the Defence Minister, implying that the Deputy PM’s statements may not be the official stand of the government.

India and Nepal have been historical friends and the actions of a third party which does not understand the cultural affinity between the two countries, can only affect a few politically opportunist individuals. The IndiaNepal relations are based on the strengths of their people, and the Army Chief, also the Honorary Chief of the Nepalese Army, understands it more than anyone else.