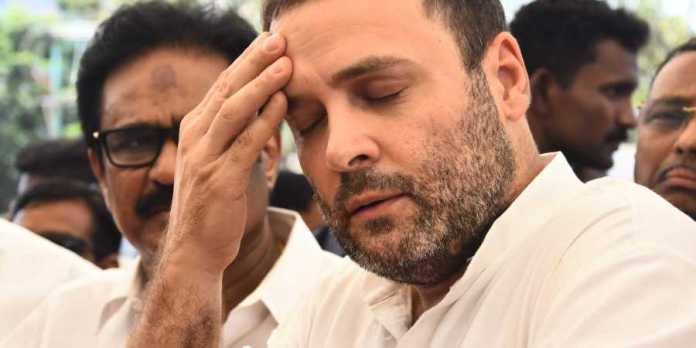 On social media, BJP IT cell chief Amit Malviya came under fire for saying that Congressman Rahul Gandhi did aarti anti- clockwise while visiting a well-known Shiva temple in Madhya Pradesh. Gandhi was seen in a 4-second video by Malviya, who said that Gandhi would not have been “making a spectacle of himself in public” if he had known that “aarti is done clockwise.”

If only “chunavi Hindu” Rahul Gandhi knew that aarti is done clockwise and there is a scientific reason for it (earth moves in clockwise direction and hence environmental frequencies are in sync with movement), he would not be making a spectacle of himself in public like this…” Malviya tweeted.

Although it appeared anti-clockwise to Malviya, social media users pointed out that Rahul Gandhi was actually doing the aarti in a clockwise motion.

“If only Amit Malviya knew that that his left is Rahul’s right, he wouldn’t have had to face a self embarrassment(sic),” a user replied.

“My 3.5 years kid knows better,” one wrote, “Delete your account and take political sanyas, if you don’t know this, what will you know about governance?”

Renuka Chowdhury, a Congress leader, even posted a video of Prime Minister Narendra Modi reciting an aarti while Rahul Gandhi was watching.

“Why don’t you tell the same to Modi?” she wrote.

Some readers disagreed with Malviya’s assertion that the Earth rotates “clockwise,” noting that the direction of rotation and revolution depend on the viewpoint. When seen from the northern polar star Polaris, the Earth rotates counterclockwise.

Opposition leaders have criticised Union Minister Smriti Irani for posting an image of the former Congress leader upside down.