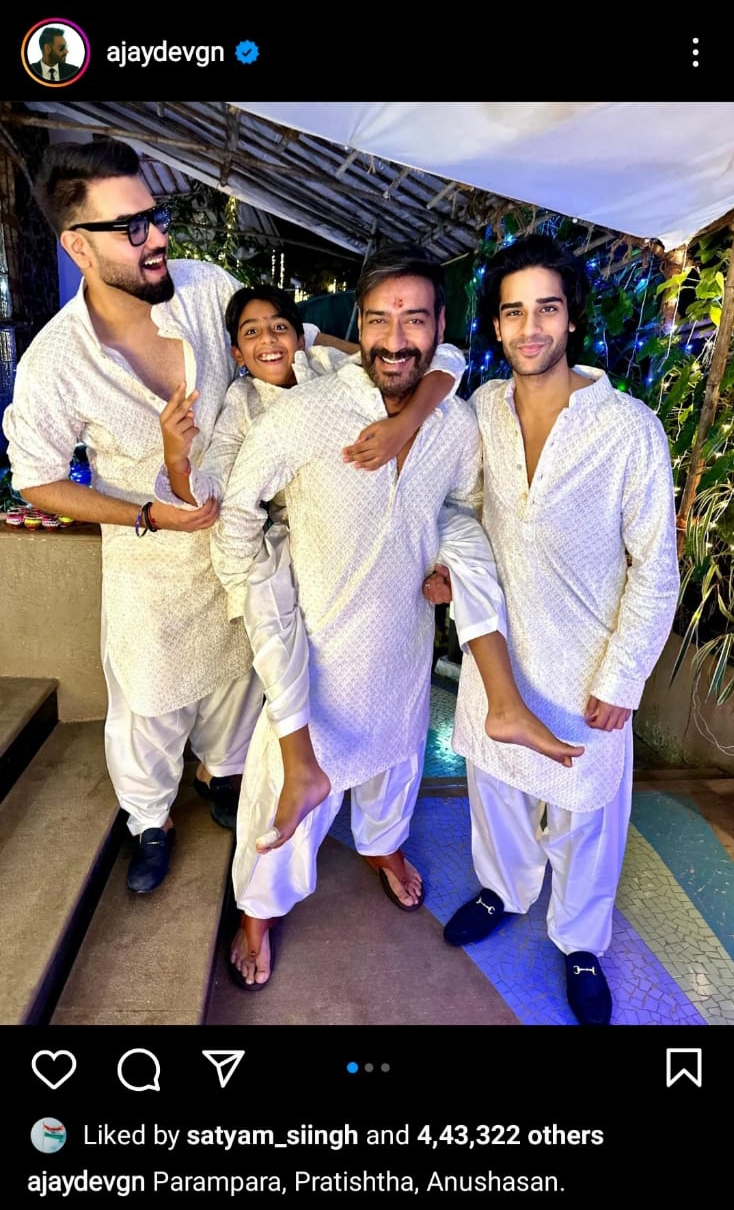 Everyone tried their best to light up their homes for Diwali, as well as their social media accounts.

Like other celebrities, actor Ajay Devgn gave followers a peek into his Diwali celebrations with his family. On Instagram, he posted a number of images. He was seen posing for a photo wearing a white kurta beside his son Yug and nephews Aaman and Daanish Gandhi.

The photo, which shows Ajay posing beside his wife Kajol, daughter Nysa, son Yug, sister Neelam, and her children Aaman and Daanish, is a visual feast.

The actor chose one of Amitabh Bachchan’s well-known lines from the movie Mohabbatein as the caption.

He captioned it “Parampara, PratishthaAnushsan.”

Reacting to the caption, a netizen commented, “Hahahha caption has a Big B connection. Loved it.”
“Adorable family picture,” another one wrote.

It is the Hindi adaptation of the 2019 Tamil smash film “Kaithi.” In the original movie, an ex-convict who decided to meet his daughter for the first time after being released from prison ended up getting caught in a shootout between the police and the drug mafia.