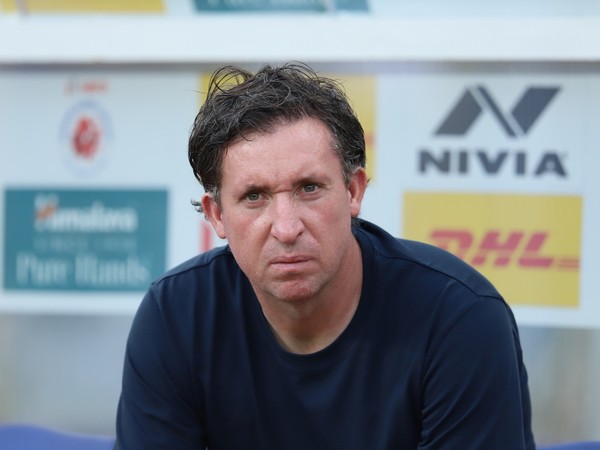 New Delhi [India], February 15 (ANI): SC East Bengal head coach Robbie Fowler, who is currently on a four-game suspension on Monday was once again called upon by the All India Football Federation (AIFF) Disciplinary Committee for use of abusive language.
The incident had happened in a post-game altercation against Hyderabad FC players in their match played on Friday, February 12 at Tilak Maidan Stadium.
Fowler has now been reported of ‘hurling abuses towards the opponent team from the stands’ in the fresh case reported by the AIFF DC.
Fowler has time till February 18 to respond to the show-cause notice in his defence.
In a separate case however pertaining to the same game, SCEB assistant coach Tony Grant has been show-caused for ‘making derogatory comments against both match officials and Hyderabad FC head coach in the post-match press conference.
Grant is now required to respond to AIFF by 2 pm, February 17. (ANI)

Ind vs Eng: ‘Would love to credit’ Vikram Rathour for my batting, says Ashwin 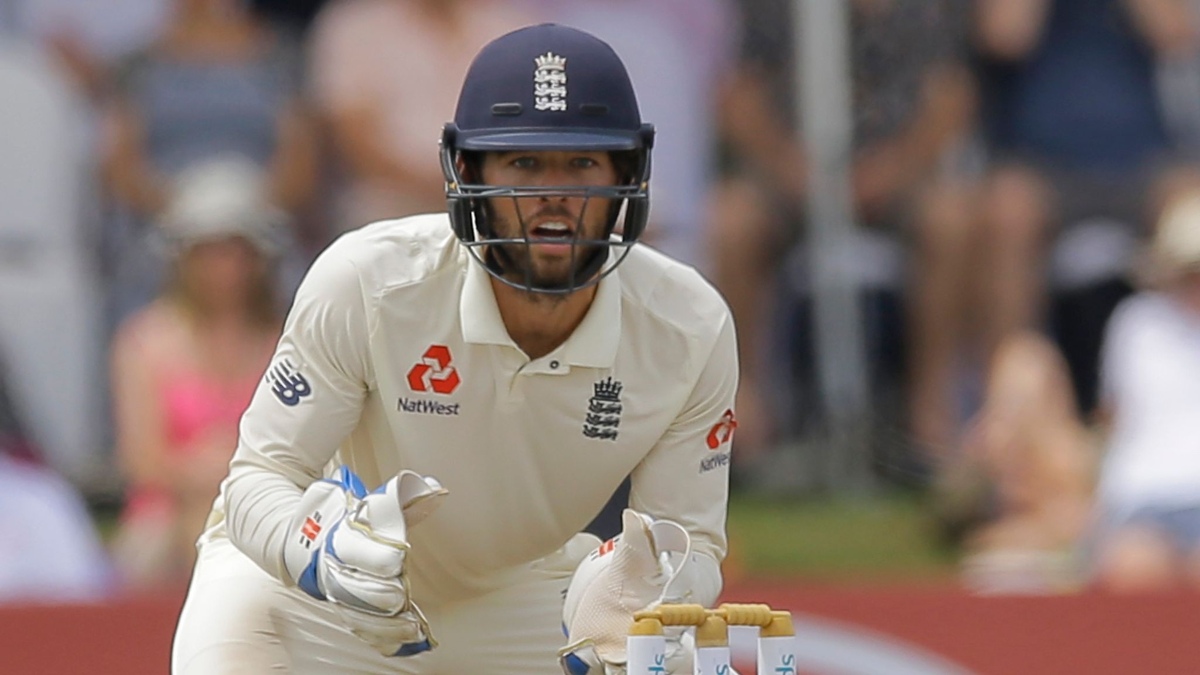 AHMEDABAD: Amid the debates over the nature of the pitch that was prepared for the pink-ball Test between India and England in Ahmedabad, England wicketkeeper-batsman Ben Foakes on Sunday said that his side knows that the pitch is going to turn from ball one as the hosts are pushing their conditions to the extremities. “Obviously, we got thoroughly outplayed. Those were tricky conditions, but they played well. They have a couple of class spinners and we did not have answers to them so I think going forward, we have to be good enough to counter that to score big runs on the board.

I think we know what we are going to get in the last Test in terms of surface. They are pushing their conditions to the extremities and we know it is going to spin from ball number one, it is about finding a way to play well in those conditions,” said Foakes during a virtual press conference on Sunday. 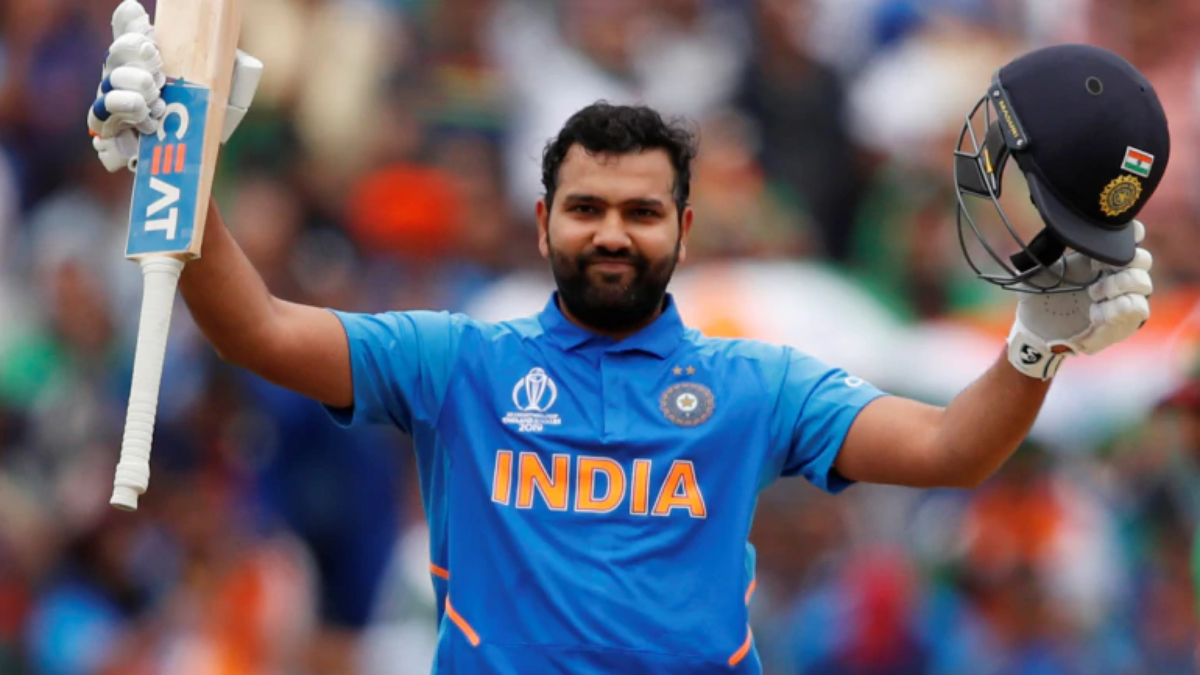 DUBAI: India opener Rohit Sharma has progressed six places to a career-best eighth position in the ICC Men’s Test Player Rankings after a fine performance in the low-scoring third Test against England in Ahmedabad that the home side won by 10 wickets to take a 2-1 lead in the four-match series. Axar Patel and Ravichandran Ashwin have also made rapid strides while England’s Joe Root and Jack Leach too have moved up after shining with the ball in Ahmedabad. Rohit top-scored in the first innings with 66 and remained unbeaten on 25 in the second to move ahead of compatriot Cheteshwar Pujara among others. His rating points aggregate is 742, 20 more than his best of 722 in October 2019 when he was ranked 10th. In bowling rankings, Ashwin has moved four spots and he now sits at the third spot in the Test rankings. 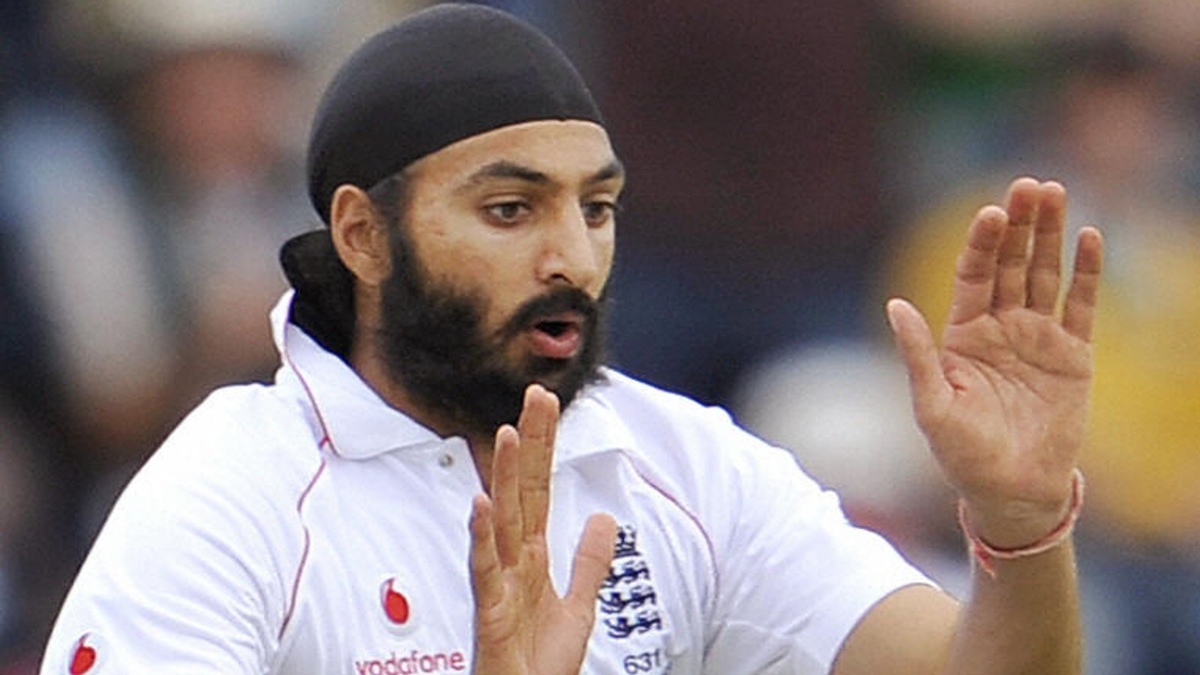 NEW DELHI: Former England spinner Monty Panesar on Sunday said that the Narendra Modi Stadium in Ahmedabad did not deserve the Test match as it ended inside two days and added that the International Cricket Council should dock India’s points if the pitch is similar in the fourth Test. In an interaction with ANI, Panesar gave his take on the pitch used in the third Test between India and England and he also opined that ICC should dock points from India if a similar kind of track is produced in the fourth Test which will be played on the same ground. “I think being the biggest stadium in the world, Narendra Modi Stadium deserves longer Test matches because people want to see how good the wicket is, you look at the stadium, beautiful views, and what an amazing stadium India has produced. It does not deserve a two-day Test match that’s under 900 balls, you might just play on a park, if you are going to play this type of cricket,” Panesar said, adding: “I think if the next Test match is the same, then yes, the ICC should dock points.”

HOSTS SWEAT IT OUT IN NETS AHEAD OF FOURTH TEST 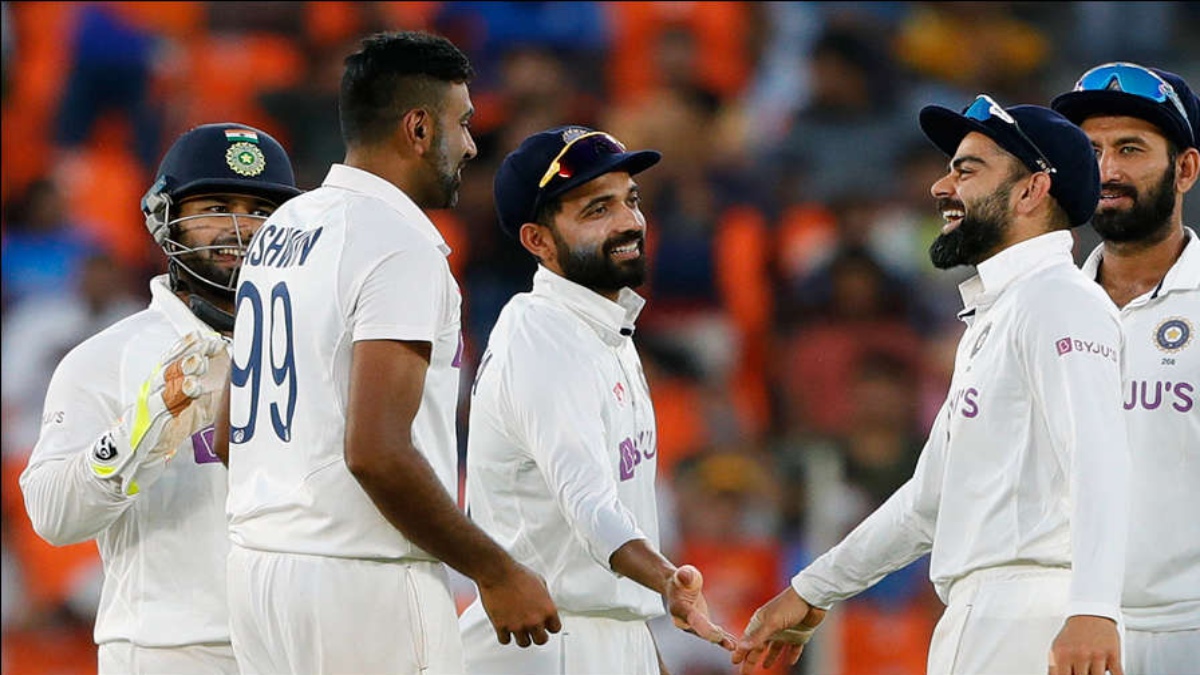 AHMEDABAD: Ahead of the upcoming fourth Test against England, Virat Kohli-led India on Sunday had a grind in the nets and everyone was seen having a hit in the middle. Board of Control for Cricket in India’s (BCCI) official handle tweeted the photos from the training session and captioned the post as: “#TeamIndia members gearing up for the fourth and final Test against England.” In the ongoing series, Rohit Sharma, Axar Patel, and Ravichandran Ashwin have been the standout performers and now in the fourth Test, skipper Kohli would look to come to the party and end his century-drought. Kohli had last scored a century way back in 2019 in a day-night Test against Bangladesh at the Eden Gardens. If India manages to win or draw the final Test against England, then the side would qualify for the finals of the World Test Championship (WTC) and the side would take on New Zealand in the summit clash.

Indian women’s hockey team battled hard but went down 1-0 to world number three Germany in the second match of the four-match series here in Dusseldorf on Sunday.

Amelie Wortmann (24’) scored the only goal of the game as the Germans held on to their slender lead to take a 2-0 lead in the four-match series. Coach Sjoerd Marijne made three changes to the side that lost 5-0 on Saturday. Just like the tournament opener, the hosts tried to make early inroads and earned a penalty corner just three minutes into the game.

India goalkeeper Rajani, though, held firm to thwart Germany’s efforts. The Indian defence grew into the game and were solid at the back to keep the score goalless after the first quarter.

However, midfielder Amelie Wortmann put her side in the lead six minutes before the end of the second quarter. The Indian side responded quickly, earning a penalty corner just three minutes after going behind, but were unable to breach past the German backline.

The Germans had the chance to double their lead early into the third quarter after being awarded another penalty corner, but yet again, the resolute Indian defence kept them at bay. 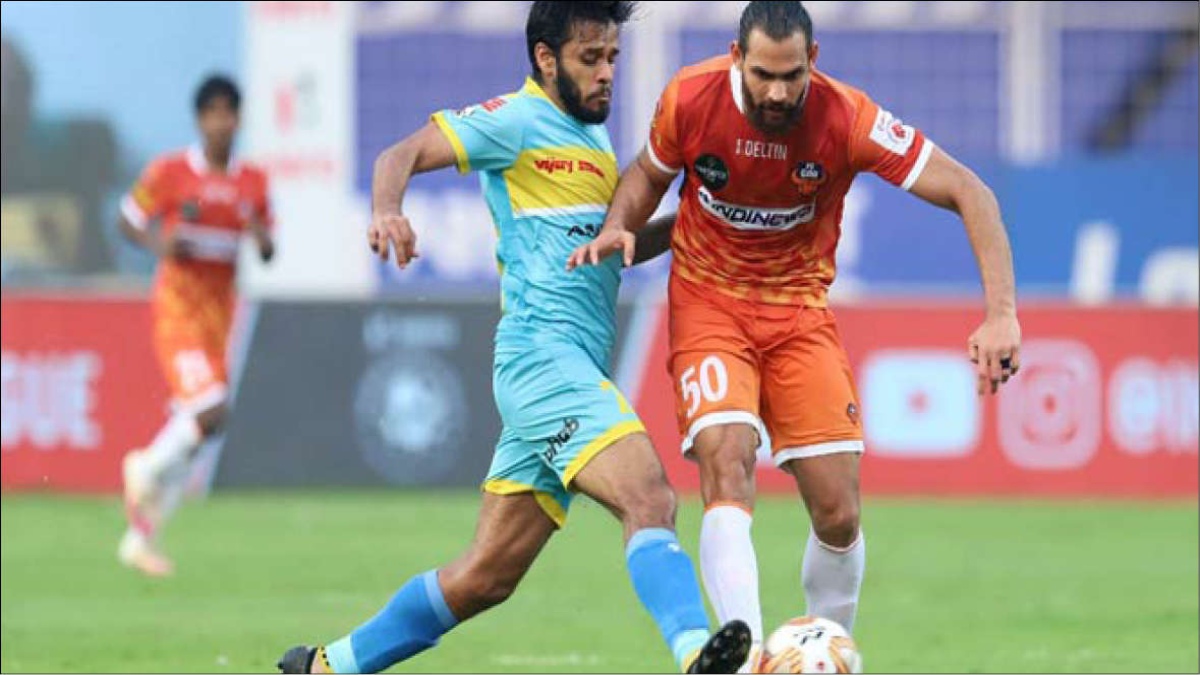 FC Goa needed a draw to move to the playoffs and that’s what they did when they held Hyderabad FC (HFC) to a goalless draw at the Fatorda Stadium here on Sunday, setting a new Indian Super League (ISL) record for the longest unbeaten run in the process.

A brilliant defensive performance from Ivan Gonzalez and some crucial saves from Dheeraj Singh was enough for the Gaurs to get the point they needed. They were lucky not to concede late in the game and a good show from Hyderabad was not enough to stop Juan Ferrando’s men from qualifying for their fourth consecutive semifinals and extending their unbeaten run to 13 games. Hyderabad is still unbeaten in 2021 and extended their unbeaten run to 12 games, but they had to settle for fifth on the table.

Playing without their main players was always going to be difficult for Hyderabad. They missed the services of their regular scorer Aridane Santana (fourth yellow) upfront and Chinglensana Singh (red card) in defence. But the Nizams were up for the challenge and were able to match their opponents.

HFC made it difficult for Goa with incessant pressing all over the pitch and had a few chances in the opening minutes. What they lacked was the poacher’s instincts in the final third.

Goa, as usual, dominated possession and passing but they could not convert it into chances. The first half had zero shots on target as neither goalkeeper was called into action much.

Both sides have scored more goals in the second session and Goa rang in an early warning when Alberto Noguera set Redeem Tlang free on the left. The winger covered some distance and crossed to Alexander Jesuraj, who was late to react.

With HFC trying to get the required goal to progress, tempers flared along with the pressure as Edu Bedia, Tlang and Joao Victor went into the referee’s books within a span of nine minutes.

Hyderabad had their best opportunity in the 84th minute. Victor chipped in a delightful ball into the box from outside the box. Joel Chianese and Liston Colaco, both of whom made runs in behind, failed to head in from close range. After being withdrawn, Lluis Sastre was shown a red for throwing a bottle at the Goa bench. Noguera also received a yellow and will miss the first leg of the playoffs.