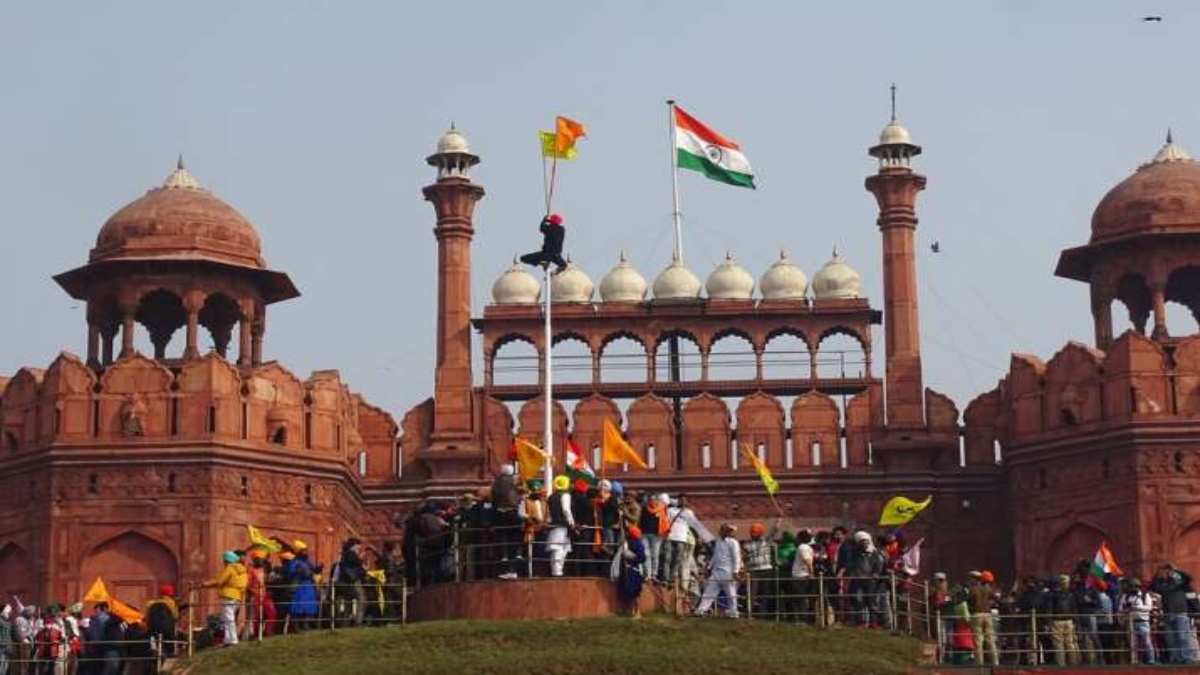 After violent clashes with between the police and the protesting farmers in the national capital on Tuesday, the Samyukt Kisan Morcha (SKM) called off the Republic Day tractor rally and appealed to the protesters to immediately return to their respective protest sites.

The SKM in a statement, “Samyukt Kisan Morcha has called off the Kisan Republic Day Parade with immediate effect, and has appealed to all the participants to immediately return to their respective protest sites. The movement will continue peacefully and further steps will be discussed and decided soon.”

“We thank the farmers for the unprecedented participation in today’s rally. We also condemn and regret the undesirable and unacceptable events that took place today and dissociate ourselves from those indulging in such acts,” it added.

“Despite all our efforts, some organisations and individuals have violated the route and indulged in condemnable acts. Anti-social elements had infiltrated the otherwise peaceful movement. We have always held that peace is our biggest strength, and that any violation would hurt the movement,” the statement said.

Meanwhile, the Bharatiya Kisan Union (BKU) on Tuesday condoled the incident of flag hoisting at the Red fort and accused the Delhi Police of “negligence” as they did not support the farmers’ protest.

Speaking to IANS after returning from the tractor rally, BKU spokesperson Rakesh Tikait said, “Whatever happened today was due to the negligence on the part of Delhi Police. They did not support us and they were unable to control the huge number of farmers.”

When asked about scores of protesters entering the Red Fort and hoisting a pennate on the ramparts of the 17th century monument, Tikait said, “I don’t support such activity. We will take action against those who did this.”

Hundreds of farmers clashed with the security forces at the Red Fort and hoisted a pennate on the ramparts of the monument. The farmers also chased the Delhi Police personnel.

Meanwhile, Union Home Minister Amit Shah on Tuesday held an emergency meeting at his residence over the violence that rocked parts of the national capital during the farmers’ Republic Day parade. According to sources, the Home Secretary, Director Intelligence Bureau and senior officers of Delhi Police were present at the meeting called to take stock of the security arrangements in Delhi.

More central troopers would be deployed in Delhi to meet any exigencies, sources said.

The Home Ministry swung into action after a group of farmers swarmed into the historic Red Fort, while incidents of violence were reported from the ITO area.

As per reports, more than 80 Delhi Police personnel were injured in the violent clashes on Tuesday. The injured police personnel have been admitted to several hospitals, including the trauma centre of the Civil Line Hospital in Delhi’s North District and the Lok Nayak Hospital in central Delhi.

In total, 83 Delhi Police personnel were injured in the violence. At least two farmers were also hurt—after the tractor they were in overturned at Chilla on the Delhi-Noida border. One farmer died amid the clashes, after the tractor he was driving overturned near ITO.

Protesters and police clashed at several places, including the ITO junction (where the Delhi Police HQ is located) and inside the iconic Mughal-era Red Fort, where protesters scaled ramparts—from where the Prime Minister addresses the nation on Independence Day—to raise Sikh religious flags.

Four cases have been registered in connection with vandalism in East Delhi, where eight buses and 17 private vehicles were vandalised, news agency ANI reported.

I AM ELATED, MY FAMILY RELIEVED: DELHI’S DOCTOR WHO WAS FIRST HIT BY COVID-19 AFTER TAKING VACCINE JAB