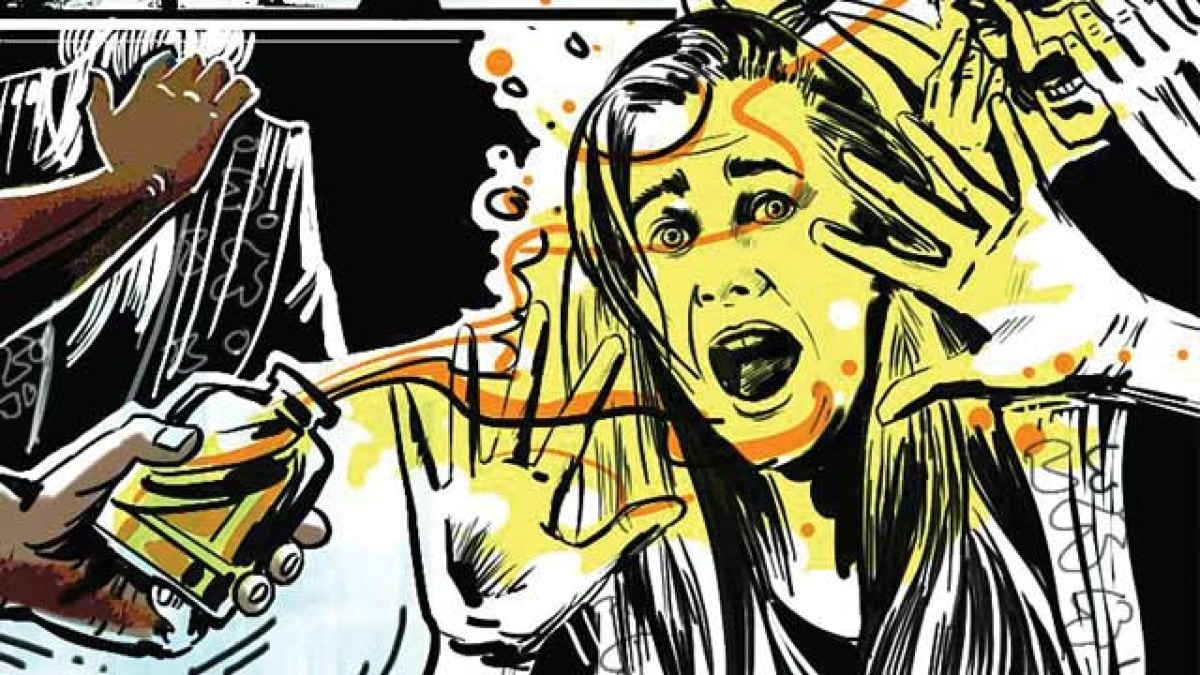 In a heart-wrenching Diwali tragedy, a 22-year-old victim of an acid attack by her boyfriend lay abandoned in a roadside ditch for over 12 hours, and after a 16-hour fight for her life, she died in a hospital here on Sunday morning, police said.

Moving swiftly, teams of Maharashtra Police launched a manhunt for the absconding accused and zeroed in on him at his hideout in Nanded district on Sunday evening, Neknur Police Station Investigating Officer Laxman Kendre informed amid a political uproar.

The ghastly incident happened early Saturday morning when the duo – Avinash R. Rajure, 25 and Savitra D. Ankulkar, 22, rode on a motorcycle from Pune to their home in Shelgaon village, Nanded district, for Diwali celebrations, said Kendre.

“En route on the 450-km journey, around 2 am on Saturday morning, the accused Rajure stopped his vehicle at a desolate spot on the Yellamb Ghat region and attacked the victim,” Kendre said.

The police official said that first the accused attempted to strangulate her but she fought back, then he took a bottle of acid and threw it on her as she screamed for help in the dead of the night in that remote area.

Not stopping at this, he removed petrol from his vehicle, poured it on her, set her afire, pushed her into a deep ditch beside the road as she burnt and fled from the spot.

“A shepherd tending to his flock heard her agonising cries from the ditch around 2 pm (afternoon) on Saturday and immediately informed us. We reached the spot and found her in agony with serious acid and petrol burns, and rushed her to the Beed Civil Hospital,” Kendre said.

Medicos at the hospital confirmed that she had sustained 50 percent burn injuries due to double-impact of the acid and the petrol fire and breathed her last on Sunday morning at the hospital after a 16-hour battle for life, he said.

As per preliminary investigations, the accused and victim stayed together in Pune as live-in partners for a few weeks, though the motive behind the murderous attack is not clear, he added.

The Neknur Police Station has registered a case of murder while the Beed Police sounded a high alert for all district border police outposts from Pune to Nanded to nab the accused Rajure.

“He has been detained by Nanded Police and a team has left from Beed to take him into custody. We shall arrest and produce the accused before a court here on Monday,” Kendre said, as her family reached Beed to claim her body.

YOGI TO LAY FOUNDATION OF UP TOURIST GUEST HOUSE IN UTTARAKHAND

Will increase turnover of village industry to Rs 5 lakh crore within 5 years: Gadkari 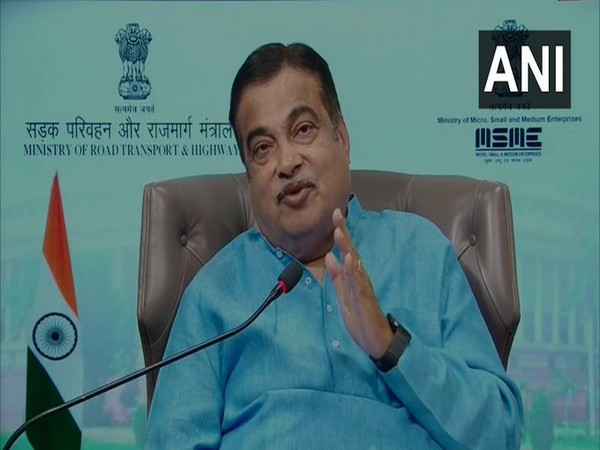 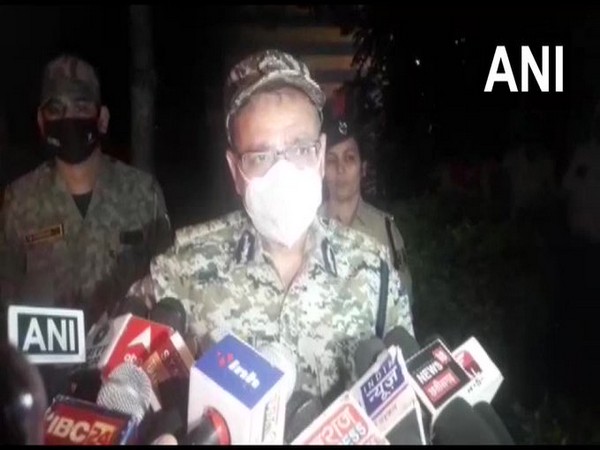 Durg (Chhattisgarh) [India], March 7 (ANI): Five members of a family were found dead in the Durg district. Prima facie, it seems to be suicide, said the police.
“Bodies of five members of a family found in Durg. The case appears to be a suicide. We have also recovered a note. Further investigation is being done,” Vivekanand Sinha, IG Durg Range told reporters.
The incident has created panic in the area. The forensic team has been sent to the spot. The police is investigating the case from all possible angles. (ANI) 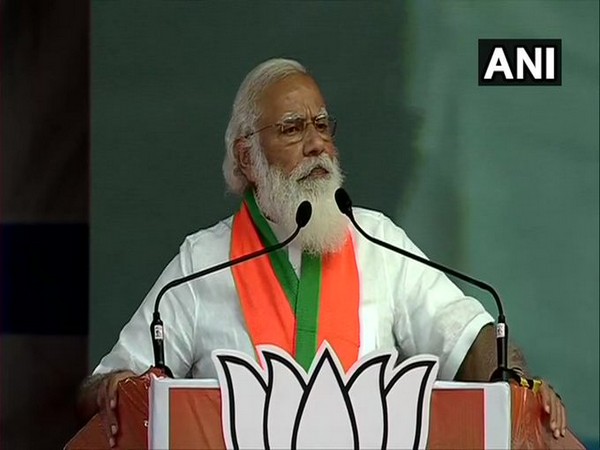 New Delhi [India], March 7 (ANI): Ahead of West Bengal polls, Prime Minister Narendra Modi will address a public rally at Brigade Parade Ground in Kolkata on Sunday.
This will be PM Modi’s first public rally in the state after the announcement of the dates for eight-phased Assembly polls for 294 constituencies in West Bengal. According to party sources, many folk artists have been invited to perform at the event.
Bollywood veteran Mithun Chakraborty is expected to attend the rally at the central Kolkata venue. Bharatiya Janata Party (BJP) national general secretary Kailash Vijayvargiya met Chakraborty in Kolkata on Saturday amid speculations that he may be joining PM Modi’s Brigade rally in Kolkata.
On speculations of the actor joining the BJP, Vijayvargiya had earlier said, “I have spoken with him (Mithun Chakraborty) over the telephone, he’s going to come today. I will be able to make a comment only after a detailed discussion with him.”
The public rally will be held a day after BJP announced its first list of 57 candidates for the polls and two days after incumbent Trinamool Congress (TMC) announced the list of 291 candidates and left three seats for its ally Gorkha Janmukti Morcha (GJM).
BJP functionaries including Kailash Vijayvargiya, national General Secretary, Mukul Roy national Vice-President, Sanjay Singh, General Secretary and Swapan Dasgupta, MP, Rajya Sabha are looking into the preparations at Brigade Parade Ground, Kolkata where PM Modi will address a public meeting today.
After winning 3 seats in the 2016 Assembly election in West Bengal, the BJP made deep inroads in the state in the 2019 Lok Sabha elections winning 18 seats and reducing TMC’s tally to 22. Out of the total 42 Lok Sabha constituencies in West Bengal, Congress won two seats, the Left drew a blank.
According to sources, Prime Minister Modi will address 20 rallies in poll-bound West Bengal responding to the huge demand of local Bharatiya Janata Party (BJP) leaders of the state.
The rallies will cover all the 23 districts of West Bengal.
West Bengal Assembly elections will be held in eight phases starting from March 27 with the final round of voting taking place on April 29. The counting of votes in the state will take place on May 2. (ANI) 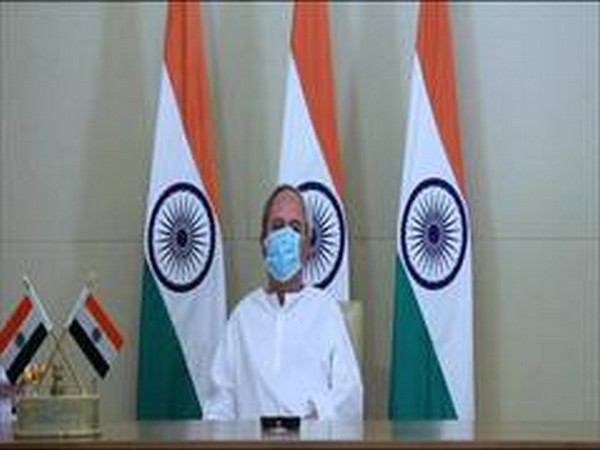 Bhubaneswar (Odisha) [India], March 7 (ANI): The State Cabinet meeting held under the chairmanship of Chief Minister Naveen Patnaik on Saturday have resolved 16 major decisions adding the approval of a proposal to create a new department called Mission Shakti in a bid to strengthen the SHG (Self Help Group) movement across the state.
According to a press release, the decision was taken in the Cabinet meeting held under the chairmanship of Chief Minister Naveen Patnaik.
The cabinet has resolved 16 major decisions including the decisions pertaining to the departments of Energy, Agriculture, and Farmer’s Welfare, Social security, and empowerment of persons with a disability, Excise, General administration and public grievance, Panchayati Raj and drinking water, Revenue and disaster management, and Steel and mines.
The major decisions include the creation of a new department named Mission Shakti; construction of ten mega rural pipe water supply schemes in Aul, Rajkanika, Chilika, Tangi, Banpur, Khordha, Jatani, Gondia, Bhubana, Golaminda, Jajpur, and Binjharpur blocks.
The constitution of the rural piped water scheme for 26 Gram Panchayats of Sambalpur district and 2 Gram Panchayats of Jharsuguda district has also been sanctioned in the cabinet.
Besides, the cabinet has sanctioned the lease of 25 acres land for construction of one satellite centre of AIIMS in Remuna Tehsil of Balasore district, the release reads. (ANI) 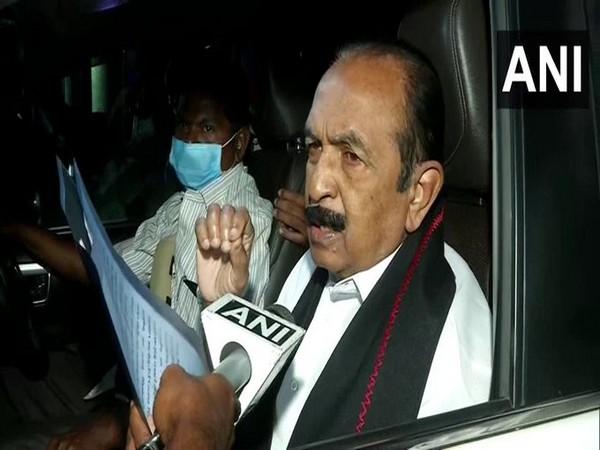 Chennai (Tamil Nadu) [India], March 7 (ANI): Ahead of the Tamil Nadu Assembly polls, the DMK (Dravida Munnetra Kazhagam) has offered its ally, Marumalarchi Dravida Munnetra Kazhagam (MDMK), six seats as part of a seat-sharing deal.
MDMK chief Vaiko signed the agreement with DMK president M K Stalin on Saturday.
Speaking to ANI, Vaiko said, “MDMK has joined hands with DMK. The talks went well. DMK president MK Stalin has signed an agreement in which six Assembly constituencies have been allotted to MDMK.”
With this, Vaiko, who created the MDMK after he quit the DMK in 1994, will contest in an Assembly election as part of the DMK-led front for the first time.
The 234-members Tamil Nadu assembly elections will be held in a single phase on April 6 and the counting of votes will be done on May 2.
Ruling All India Anna Dravida Munnetra Kazhagam (AIADMK) is contesting the polls in a pre-poll alliance with the Bharatiya Janata Party (BJP). DMK has joined hands with Congress. This time actor-turned-politician Kamal Hassan’s party Makkal Neethi Maiam (MNM) is also in the fray. (ANI) 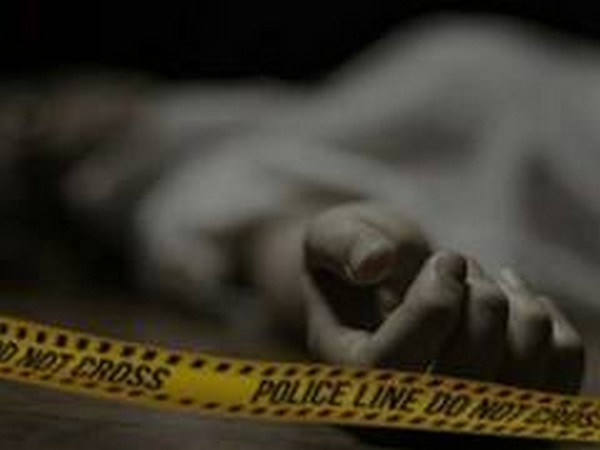