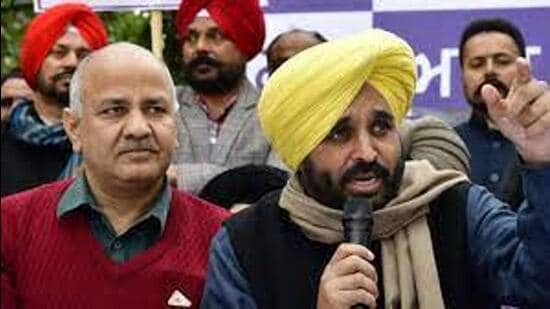 Bhagwant Mann and Manish Sisodia, leaders of the AAP, are anticipated to make public the party’s fifth pre-election assurance on Friday in chief minister Jai Ram Thakur’s hometown area of Mandi ahead of the Himachal Pradesh assembly elections.

The chief ministers of Delhi and Punjab will both be speaking at a public rally in Mandi, according to state AAP spokesman Gaurav Sharma.

The party’s sixth pre-election promise is probably one for workers. The Arvind Kejriwal-led party has already committed to providing free, high-quality education, $1,000 a month in free health care for women over 18, and $1 million to the families of state troopers who have died in the line of duty.

AAP is currently in power in Punjab and Delhi and is attempting to enter the state’s political scene. By year’s end, the BJP-run state is scheduled to hold its legislative elections.

When asked where the money will come from, Sisodia had already responded, “It is your tax money that we guarantee to repay to you.”

There were two ways to spend the money. “One is the Kejriwal way, in which public money is spent on the welfare of the public. The other is the Modi style, where he collects money from the public and waives loans of his crony capitalist friends,” Sisodia said.

SC stays demolition of Goa’s Curlies restaurant, which is linked to the death of Sonali Phogat