A WORTHY SLICE OF LIFE - The Daily Guardian 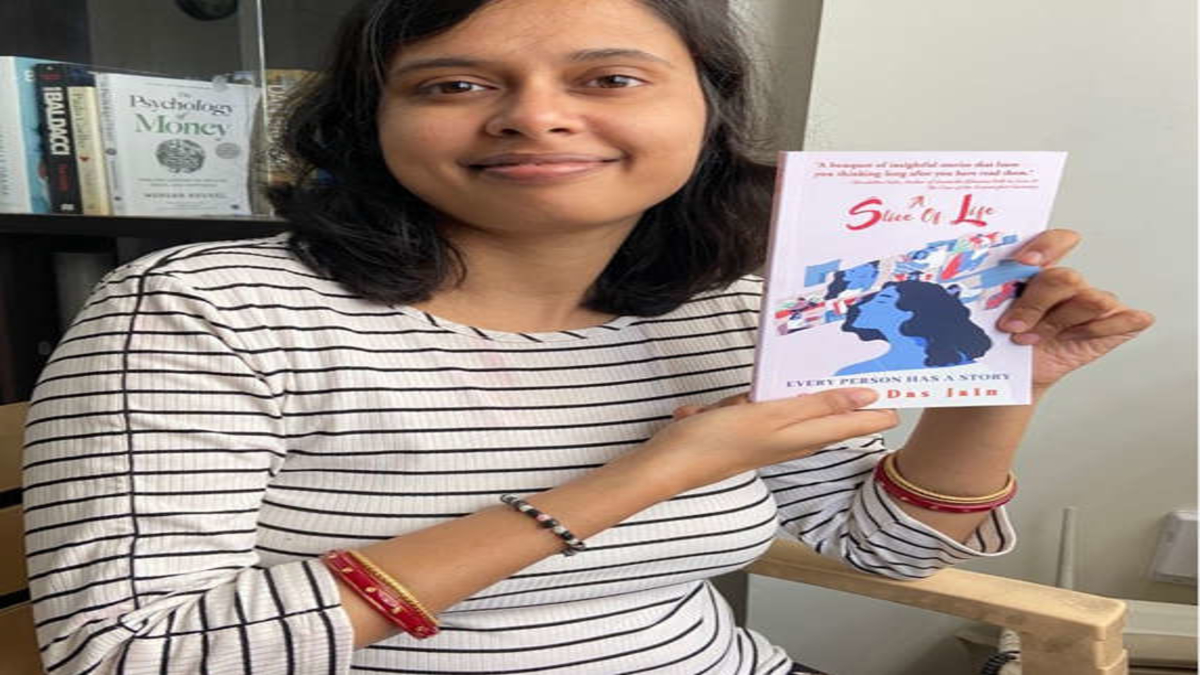 This column titled ‘Snippets of Life’ shares interesting perspectives from varied fields. Hence, when I came across Smita Das Jain’s latest book, ‘A Slice Of Life: Every Person Has A Story’, I was curious to know more. Jain refers to herself as a personal empowerment life coach, executive life coach, speaker, and writer, and she has just published her first book, a collection of short stories.

She wrote her first story when she was twelve for publication in her school magazine. It made her an overnight sensation. She followed it up with an article and the series continued, eventually leading her to become the chief editor of the school magazine. College at IIM Indore, however, meant that creative writing took a back seat. Then in 2018, she enrolled in Stanford Continuing Studies for Creative Writing and Novel Writing courses. As part of that, she completed the first draft of her novel and produced fiction, non-fiction, and poetry, which people appreciated. She has also done Certification programs with the Henry Harvin Institute and is a certified creative writing specialist as well as a certified digital content writer.

She loves writing in all forms and writes both to express herself as well as to inform others. The short story format worked best for her first published work, as it was aimed at busy professionals like herself who have short attention spans. When asked about the choice of subject for the book, she explains, “I thought it would be best to write stories from everyday life that readers can relate to. People have had enough of make-believe fantasies. I have taken inspiration from real life to write this book on human relationships. The truth is often stranger than fiction, and the more you observe people and things around you, the more stories you can narrate.”

It is perhaps this relatability that struck readers as well. The book reached the number one spot in the short story and anthology category in the Kindle Store in its first weekend of release, with over 200 four star+ reviews on Amazon. The book has certainly paved the way for Jain’s inclusion in the competitive arena of the Indian writing community.

Referring to her writing process as a matter of discipline, she highlights that she wakes early every morning to work on a word document from scratch. “I don’t write with a set plot in mind and let my characters lead me in my stories. This is my routine every single day. I find the idea of following a plot very boring; I have written a couple of stories that way but didn’t like the output, so I prefer to be spontaneous,” she says with a smile.

Jain is a fast worker, as it took her only about three months to write this book, and another two to edit, market and bring it out for publication. She derives inspiration from real life, and all the characters in her tales are based on real people placed in fictional settings. “I like to observe people and my surroundings and record everything in ‘My Observation Diary’. I do this every day, which makes every page a source of inspiration.”

Riding high on the success of her new book, Jain is now working on editing the fifth draft of a novel that spans ten years and two Indian cities amidst the backdrop of corporate India. The protagonist of this work is an unapologetic and ambitious woman who wants more out of her career and life. She describes this upcoming novel as a tale of love, ambition, deceit, and betrayal. Simultaneously, she continues to write two to three short stories every week.

For those looking to enter the field of writing, she signs off with this sage advice, “Writing is a long process, and the job doesn’t end after completing the first draft of your manuscript. Editing, publishing, and marketing collectively take more time than completing the draft. Patience is as much a virtue in writing, as it is in real life!”

WHY DOES SUNSCREEN WORK IN ALL SEASONS AND WHAT DO VITAMINS HAVE TO DO WITH IT?