A SONG OF UNITY THIS INDEPENDENCE DAY - The Daily Guardian 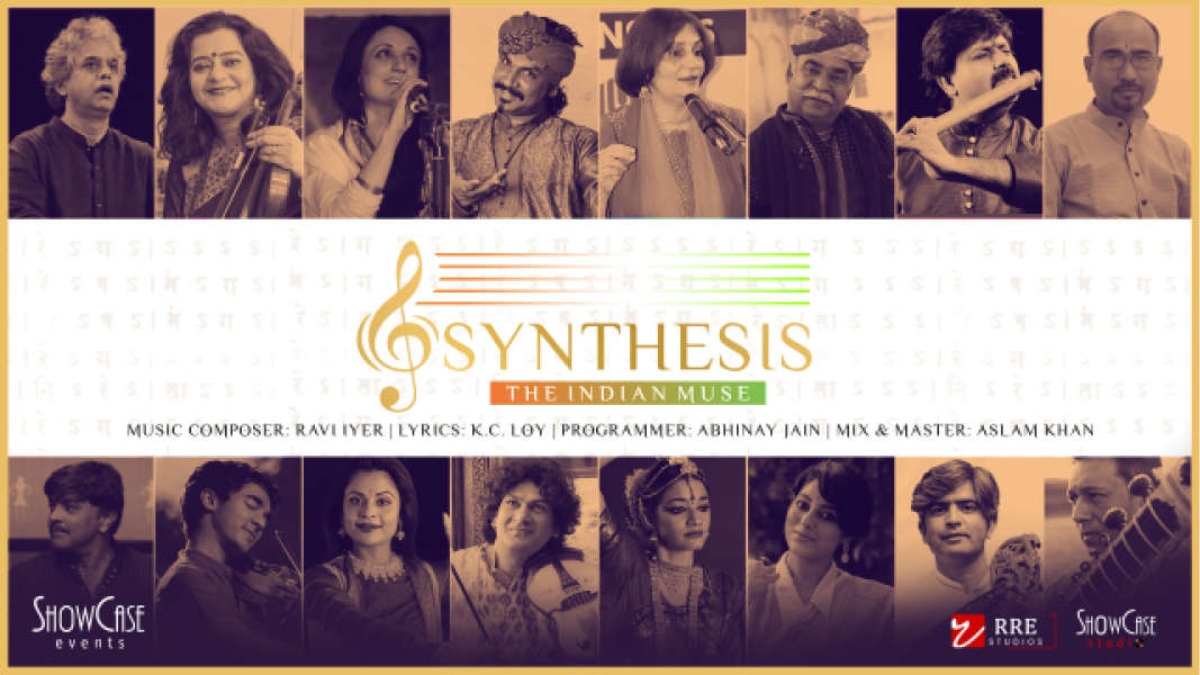 The essence of being Indian is difficult to explain in words, yet comes forth easily through the language of music. This Independence Day, ‘Synthesis—The Indian Muse’, a unique collaborative song made by sixteen artists is doing just that.

Set to be released across streaming platforms, at 11 am on August 15, the song has been spearheaded by ShowCase Events, a company known for putting artists and their welfare above all else. Speaking about the idea behind this one-of-a-kind song, CEO Nanni Singh says, “The concept of the song arose from the desire to create a sound that expresses what our country stands for—unity in diversity. We believe that music is beyond all barriers, and this song is an amalgamation of the various sounds and moves of our country.”

The music for this song has been composed by Ravi Iyer with lyrics by K.C. Loy. It has been mixed and mastered by Aslam Khan at Headroom Studio, Mumbai, and numerous artists have come together to create it. The vocals have been performed by Dhanashree Pandit Rai, a leading singer of ‘Thumri’, Sonam Kalra of the Sufi Gospel Project, Kutle Khan, a highly acclaimed Rajasthani folk musician, Anushree Gupta, a talented artist from Bengal, and Sunita Bhuyan, the popular Assamese folk singer and violinist from Assam.

Instrumentalists in this song include the likes of Ustaad Hidayat Hussain Khan on the Sitar, Ambi Subramaniam on the Violin, three-time Grammy nominee Pt Ajay Shankar Prasanna of the Benares Gharana on the Flute, Nazir Ganaie, the famous Kashmiri Rabab Player, and Sunita Bhuyan on the folk Violin. The Percussionists are Ustaad Fazal Qureshi on the Tabla, Sridar Parthasarathy on the Mridangam, Kanjira, and Morsing, Vijay Chavan on the Marathi Dholki, Nathulal Solanki on the Nagara, and Kutle Khan on the Khartaal.

The virtual production for this song was assembled in Delhi-NCR’s RRE Studios, with the video boasting performances by renowned dancers Aditi Bhagwat for Kathak, and Sohini Roychowdhry for Bharatanatyam, allowing India’s varied cultural traditions to shine simultaneously.

Composer Ravi Iyer states with pride, “Synthesis for me is an anthem of love, peace, harmony and togetherness. I’m very proud to be an Indian and extremely proud to be a part of this anthem which brings to you our unity in diversity in one voice together.”

Interestingly, the song was completed in the span of just one month, from conception of the idea to its implementation and execution. Singh says it was the driving spirit of patriotism that pushed this ambitious project to completion in record time. She distinguishes this underlying spirit of patriotism from ‘desh bhakti’, as it focuses instead on the appreciation of our country’s rich cultural heritage. Naviin Gandharv lauds the song for showcasing the unity of Indians, and Anushree Gupta believes it attempts to spread the message of love and peace through music. “I’m humbled to be a part of this beautiful project which is a collaboration of fabulous artists and musicians,” she says.

Singh believes the song reflects the tremendous spirit of the artist community, who have suffered numerous difficulties during the pandemic, yet refused to let their sound or spirit be diluted. Hidayat Khan agrees with her and says, “I’m honoured, proud and so fortunate to be a part of this project and to work with these amazingly talented musicians, composers and singers. It’s also special because I’m able to reach out to all of you from the United States and I miss my country very much.” Ambi Subramaniam calls this special composition a labour of love, which he is grateful for being part of, and Fazal Qureshi claims the song represents the emotions of India.

Perhaps the biggest moment of pride however, is the international interest that has been showered on this song even before its official release. The Embassies of Spain, China, Malta, Germany, Turkey, Singapore, France, Vietnam, Azerbaijan, Philippines and the US will be sharing it within their communities to mark India’s Independence Day. It will also be played at the Arab Cultural Centre in UAE, Nehru Centre London, as well as FICCI FLO and the Indian Council of Cultural Relations.

‘WE BELIEVE IN EMBRACING OUR ETHNIC BEAUTY’’