A religion threatened by reason has no reason to exist 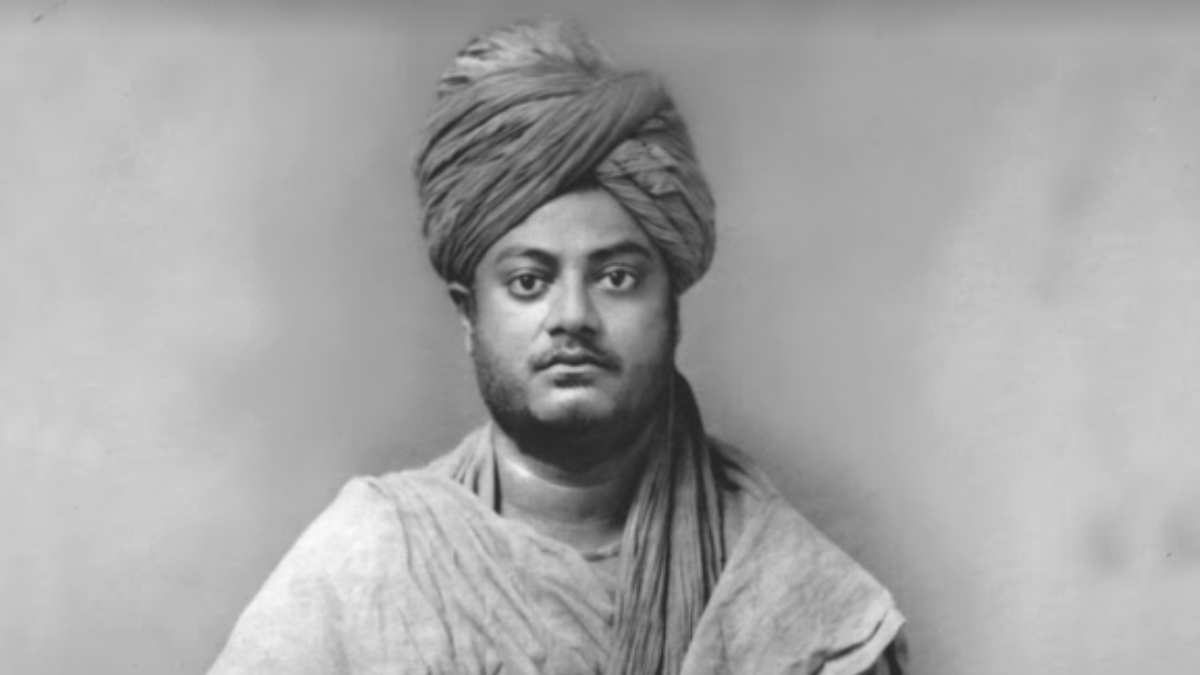 A sage called Narada went to another sage named Sanatkumara to learn about truth, and Sanatkumara inquired what he had studied already. Narada answered that he had studied the Vedas, Astronomy, and various other things, yet he had got no satisfaction. Then there was a conversation between the two, in the course of which Sanatkumara remarked that all this knowledge of the Vedas, of Astronomy, and of Philosophy, was but secondary; sciences were but secondary. That which made us realise the Brahman was the supreme, the highest knowledge.

This idea we find in every religion, and that is why religion always claimed to be supreme knowledge. Knowledge of the sciences covers, as it were, only part of our lives, but the knowledge which religion brings to us is eternal, as infinite as the truth it preaches. Claiming this superiority, religions have many times looked down, unfortunately, on all secular knowledge, and not only so, but many times have refused to be justified by the aid of secular knowledge. In consequence, all the world over there have been fights between secular knowledge and religious knowledge, the one claiming infallible authority as its guide, refusing to listen to anything that secular knowledge has to say on the point, the other, with its shining instrument of reason, wanting to cut to pieces everything religion could bring forward. This fight has been and is still waged in every country. Religions have been again and again defeated, and almost exterminated.

The worship of the goddess of Reason during the French Revolution was not the first manifestation of that phenomenon in the history of humanity, it was a re-enactment of what had happened in ancient times, but in modern times it has assumed greater proportions. The physical sciences are better equipped now than formerly, and religions have become less and less equipped. The foundations have been all undermined, and the modern man, whatever he may say in public, knows in the privacy of his heart that he can no more “believe”. Believing certain things because an organised body of priests tells him to believe, believing because it is written in certain books, believing because his people like him to believe, the modern man knows to be impossible for him. There are, of course, a number of people who seem to acquiesce in the so-called popular faith, but we also know for certain that they do not think. Their idea of belief may be better translated as “not-thinking-carelessness”. This fight cannot last much longer without breaking to pieces all the buildings of religion.

The question is: Is there a way out? To put it in a more concrete form: Is religion to justify itself by the discoveries of reason, through which every other science justifies itself? Are the same methods of investigation, which we apply to sciences and knowledge outside, to be applied to the science of Religion? In my opinion this must be so, and I am also of opinion that the sooner it is done the better. If a religion is destroyed by such investigations, it was then all the time useless, unworthy superstition; and the sooner it goes the better. I am thoroughly convinced that its destruction would be the best thing that could happen. All that is dross will be taken off, no doubt, but the essential parts of religion will emerge triumphant out of this investigation. Not only will it be made scientific — as scientific, at least, as any of the conclusions of physics or chemistry — but will have greater strength, because physics or chemistry has no internal mandate to vouch for its truth, which religion has.

As you all know, the modern physical researches are tending more and more to demonstrate that what is real is but the finer; the gross is simply appearance. However that may be, we have seen that if any theory of religion can stand the test of modern reasoning, it is the Advaita, because it fulfils its two requirements. It is the highest generalisation, beyond even personality, generalisation which is common to every being. A generalisation ending in the Personal God can never be universal, for, first of all, to conceive of a Personal God we must say, He is all-merciful, all-good. But this world is a mixed thing, some good and some bad. We cut off what we like, and generalise that into a Personal God! Just as you say a Personal God is this and that, so you have also to say that He is not this and not that. And you will always find that the idea of a Personal God has to carry with it a personal devil. That is how we clearly see that the idea of a Personal God is not a true generalisation, we have to go beyond, to the Impersonal. In that the universe exists, with all its joys and miseries, for whatever exists in it has all come from the Impersonal. What sort of a God can He be to whom we attribute evil and other things? The idea is that both good and evil are different aspects, or manifestations of the same thing. The idea that they were two was a very wrong idea from the first, and it has been the cause of a good deal of the misery in this world of ours — the idea that right and wrong are two separate things, cut and dried, independent of each other, that good and evil are two eternally separable and separate things. I should be very glad to see a man who could show me something which is good all the time, and something which is bad all the time. As if one could stand and gravely define some occurrences in this life of ours as good and good alone, and some which are bad and bad alone. That which is good today may be evil tomorrow. That which is bad today may be good tomorrow. What is good for me may be bad for you. The conclusion is, that like every other thing, there is an evolution in good and evil too. There is something which in its evolution, we call, in one degree, good, and in another, evil. The storm that kills my friend I call evil, but that may have saved the lives of hundreds of thousands of people by killing the bacilli in the air. They call it good, but I call it evil. So both good and evil belong to the relative world, to phenomena. The Impersonal God we propose is not a relative God; therefore it cannot be said that It is either good or bad, but that It is something beyond, because It is neither good nor evil. Good, however, is a nearer manifestation of It than evil.

Spirituality should be the way of life