A REGAL CELEBRATION FOR THE BIG FAT INDIAN WEDDING CEREMONY 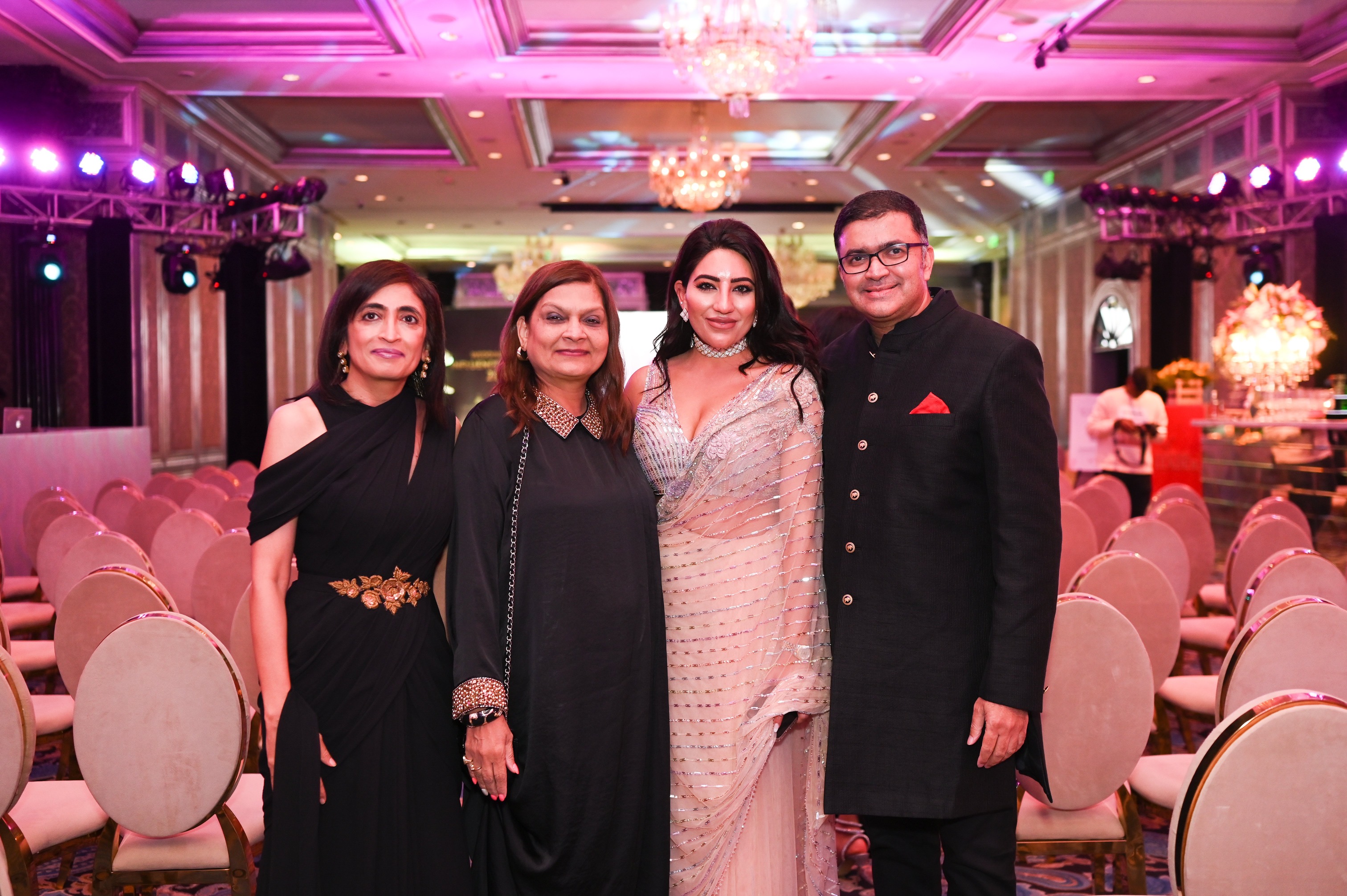 It was like a meeting of like-minded people. A coming together of an industry that remains invisible yet leads to a multi-million dollar industry of big fat Indian weddings. The WeddingSutra Influencer Awards 2022, brain child of industry evangilist Parthip Thyagarajan, saw the who’s who of the wedding industry enjoy a laid-back evening as leading luminaries gave away awards.
This uber-glam event, hosted jointly by Taj Mahal Palace and WeddingSutra, saw every element of a wedding come to life. Indulgently beautiful flowers, an uber-chic bar, photo op walls that bedazzled and cuisine that was exotic to say the least. The chefs at the Taj curated a delicious world cuisine that included Georgian delights, Lebanese, Mexican, Japanese, and other specials, not to mention the best of Indian food. The high point of the evening, however, was the understated Sima Aunty of India Matchmaking fame, taking to the stage and announcing, “Hi, I am Sima Taparia from Mumbai!” In a jiffy, the hall was in splits.
As a jury and a witness to this affair, I was simply taken aback with the sheer volume of creative outpourings that goes into making this such a spectacular industry. Weddings are a major business in India. According to a report by KPMG in 2017, the Indian wedding industry is estimated to be around $40–50 billion in size. Though the Covid scare put a stop to the large format wedding, Indians discovered the pleasure of celebrating the moment with their near and dear ones. “The scale of operations remained the same, only the guest list got trimmed, shares Parthip. It is estimated that the cost of an Indian wedding ranges between 500,000 and 50 million. An Indian is likely to spend one fifth of his total lifetime wealth on a wedding.