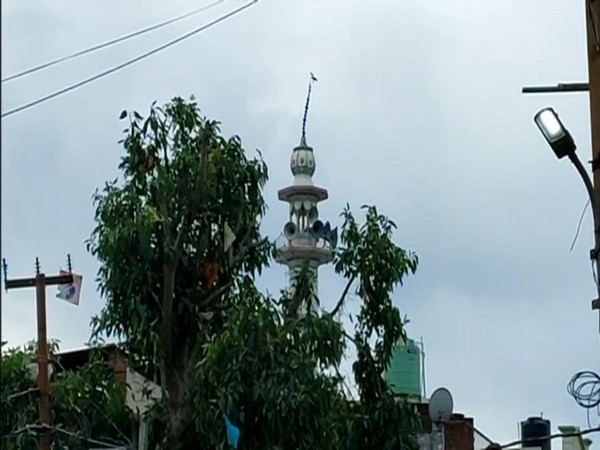 Seven mosques have been fined by the Haridwar administration for causing noise pollution on this Jamiat Ulama Uttarakhand (JUT) President Maulana Mohammad Arif has reacted and has alleged appeasement because of upcoming elections.

Meanwhile, to use loudspeakers for Azaan on a limited volume Mosques in many villages of the Pathri police station area of Haridwar district were warned but after failing to do so Rs 5,000 was fined by Sub Divisional Magistrate (SDM) Puran Singh Rana.

The action taken by Muslim religious leaders is raising questions regarding noise pollution in mosques.

Maulana Arif said, “We had promised that we will reduce the volume, but I don’t think that a fine was necessary. It is not such a big crime that a fine is imposed. Those responsible should have been called and asked to keep it low.”

“Recently in Kanwar yatra, they were given permission to make a loud noise which was audible from half a kilometer away. It was very difficult for locals but the government didn’t take any action of fine or anything,” Maulana Arif said.

“If the administration is only concerned about the noise pollution through azaan, then there is some politics behind it,” the Maulana said.

Maulana further said, “If the administration is so concerned, they should stop DJs in weddings.”

“Everything happens with full volume but only mosques are being targeted,” Arif said.

Talking about the action taken on seven mosques SDM Puran Singh Rana said, “We received complaints of noise pollution from some religious places. After investigation, a fine of five thousand rupees has been imposed on 7 religious institutions and instructions have also been given not to cause noise pollution in future, if the order is not accepted by them, then their permission will be canceled and with an increased fine and case will also be registered.”

“The High Court has ordered that noise pollution should be prevented. Without permission, the loudspeaker system will not be installed at any religious place or wedding point. The religious institutions which have been given permission are also being monitored,” SDM Rana cited the High Court order for the action.

However, SDM further stated those failing to keep the volume at a low level the action will be taken.