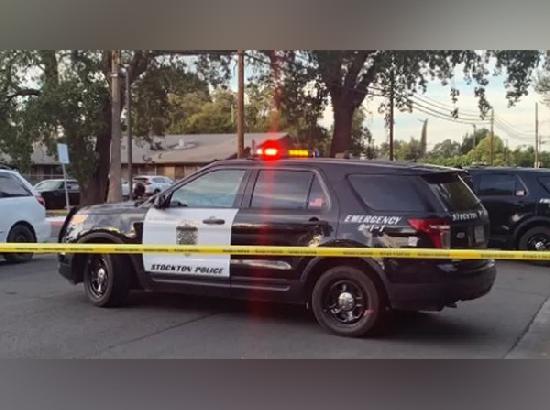 An attacker shot and killed at least six people at a Walmart late Tuesday in Virginia. Police said that the single shooter suspect is also dead. The mass shooting in the city of Chesapeake comes just before Americans celebrate the Thanksgiving holiday and follows a weekend gun attack at an LGBTQ club in Colorado that left five people dead. “Chesapeake Police confirm 7 fatalities, including the shooter, from last night’s shooting at Walmart on Sam’s Circle,” the city confirmed on its Twitter account. Chesapeake Police Department officer Leo Kosinski had earlier told reporters that there had been “multiple fatalities” at the megastore, which local media reported was busy with holiday shoppers. Police told reporters that the attack happened at 22:12 local time (03:12 GMT). Footage appeared online which appeared to show an eyewitness – wearing Walmart uniform – describing what happened. He said he had left a staff room, which a manager then entered and opened fire. “Sadly we lost a few of our associates,” the man said, clarifying that he did not know how many of his colleagues were shot. Police spokesperson Leo Kosinski said the shooting was believed to have happened inside the store, and that the suspect acted alone. Walmart said it was “shocked at this tragic event” and that it was “working closely with law enforcement”. A further update from police in Chesapeake is expected later on Wednesday morning. A spokesperson for Sentara Norfolk General Hospital was quoted by local television station WAVY-TV saying that five people were being treated there. One woman told WAVY-TV that her brother, a 20-year-old employee of the shop, was shot just 10 minutes after signing on for work. But she said her sibling was able to talk to relatives and send texts – saying this was “comforting”.