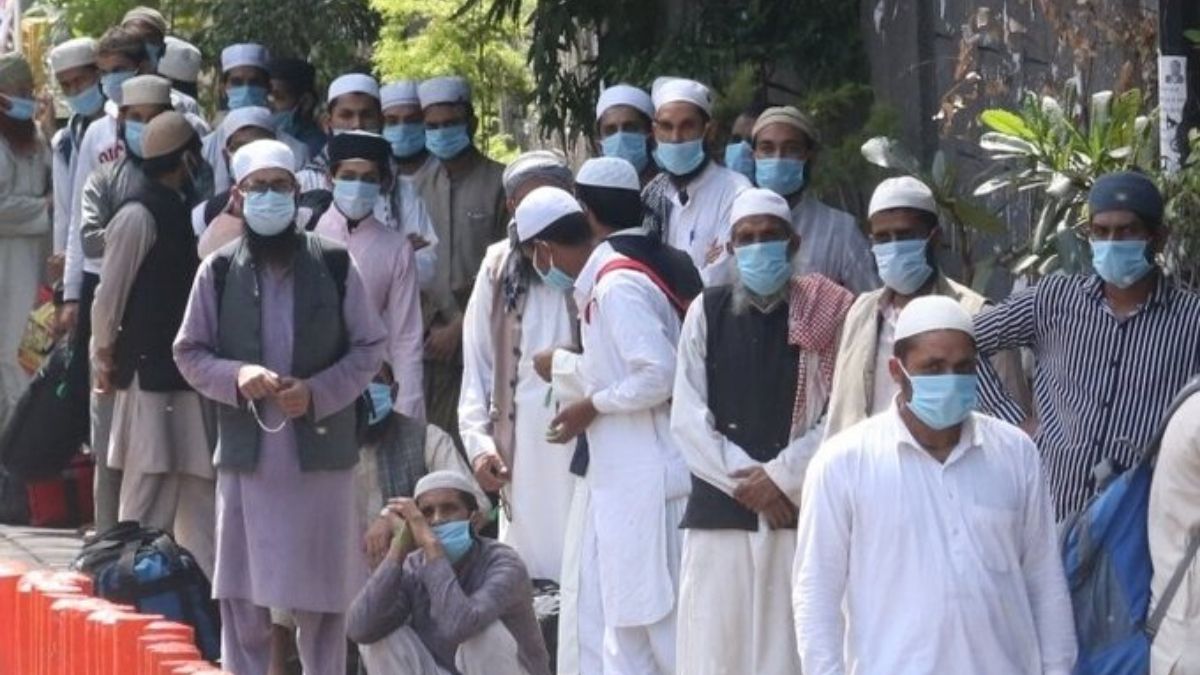 The Crime Branch of the Delhi Police on Thursday filed 12 fresh chargesheets naming 541 foreign nationals in connection with the Tablighi Jamaat case. The chargesheets containing 12,000 pages were filed before Metropolitan Magistrate Tanya Bemniwal, who set 29 June for further hearing.

The Crime Branch has so far named more than 900 foreign nationals in the case. These foreign nationals have been charged under the Indian Penal Code (IPC), the Epidemic Diseases Act, the Disaster Management Act, 2005, and also for violating the prohibitory orders under Section 144 of the Code of Criminal Procedure (CrPC). They have been also charged for the visa rules violation.

The government has already cancelled their visa and blacklisted them. The Tablighi Jamaat case pertains to a congregation at Banglewali Masjid in Delhi’s Hazrat Nizamuddin on 13 March. A large number of foreign nationals had participated in the congregation. “These foreign nationals had en – tered India on tourist visa and participated in the Markaz.

In addition to violating visa provisions, they also led to a situation where a highly infectious disease spread and threatened the lives of inmates as well as the general public,” the Crime Branch told a Delhi court on Tuesday. The Delhi Police had contacted the Tablighi Jamaat authorities and one Mufti Shahzad was apprised of the situation arising out of Covid-19. He was asked to take immediate action for preventing the spread and was directed to send the foreigners back to their countries and Indians to their native places.

“However, no one paid any heed,” the investigating agency informed the court. “They deliberately, wilfully, negligently and malignantly disobeyed the lawful directions promulgated in this regard. Written notices were also issued to Maulana Muhammad Saad Kandhlawi (Tablighi Jamaat head) and the Markaz management,” the police said in the report. The police also told the court that an audio had been found where Maulana Saad was “heard asking followers to defy the lockdown and social distancing measures, and attend the religious gathering”. The FIR in this regard was registered on 31 March. With agency inputs