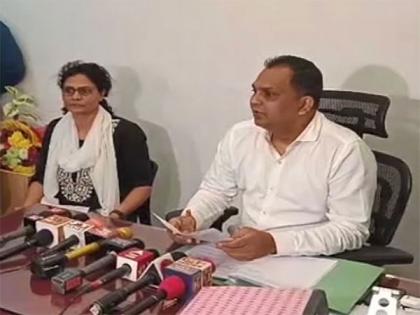 The Mumbai Cyber Police have arrested 4 foreign nationals from Pune for cheating people of millions of rupees on the pretext of providing jobs and visas in the US, officials said on Thursday.
As per the police officials, the gang duped a man of Rs 26 lakh after which he filed a police complaint. The police then laid a trap to arrest the four accused. “The police team recovered 13 mobile phones, 4 laptops, passports of different countries and three internet routers from them. The four accused are from different countries in Africa namely Zambia, Ghana, Namibia and Uganda,” said Deputy Commissioner of Police (DCP) Cyber Police Balsingh Rajput.
The DCP said that the accused used to trick the victims by sending US visas sent by a mail ID similar to that of the American Embassy and asked for money in someone else’s bank account. “The shocking thing is that after the arrests, the police found mail IDs of more than 2 lakh people and personal mobile numbers of more than 1 lakh 4 thousand people. It was further revealed that all the four accused carried out everything with complete planning and had a team which was given different tasks,” said Rajput.

Law Essay: Where You Will Need it and How to Write it Correctly