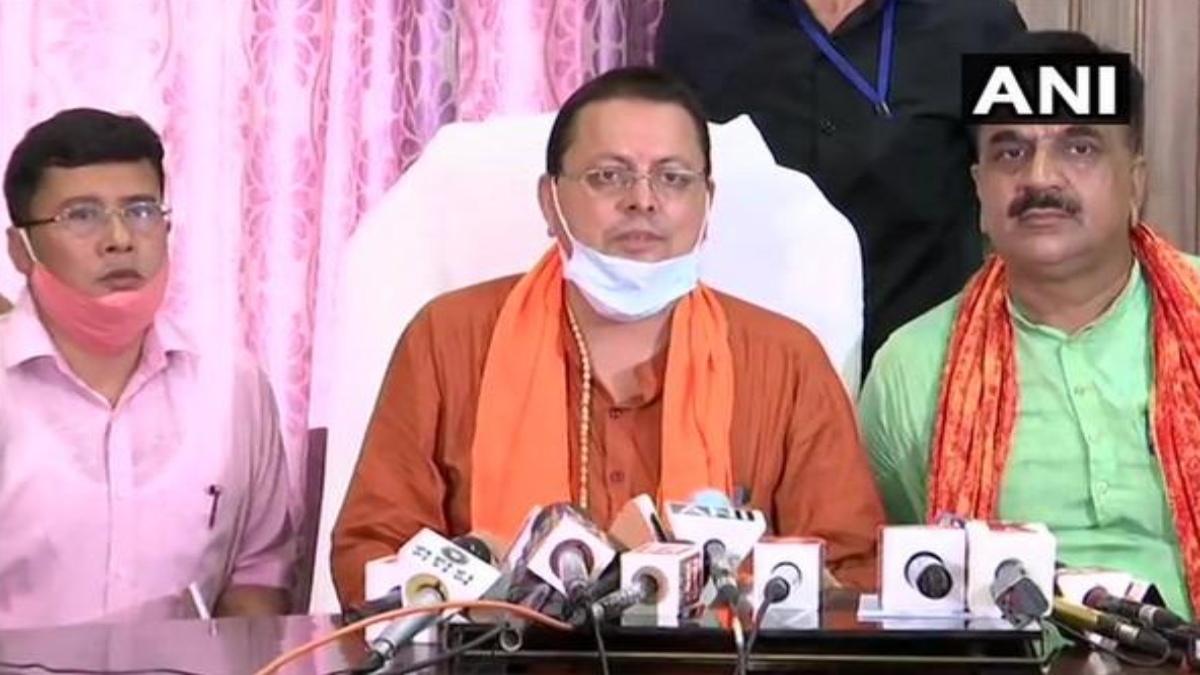 The Uttarakhand Police on Sunday informed that a total of 34 people have been arrested by STF in the Uttarakhand Subordinate Services Selection Commission (UKSSSC) paper leak case till now. The STF further said that cash amounting to Rs 92 lakh has been recovered in the case.

According to Ajay Singh, Senior Superintendent of Police, STF Uttrakhand, 92 lakh cash has been recovered so far in the paper leak, as well as illegal assets worth crores of the accused arrested in the past, and dozens of bank accounts have also been frozen.

The STF has arrested an important accomplice of the copying mafia, Sampanna Rao, from Uttar Pradesh.

“The accused, Sampanna Rao, has been arrested by STF from Gomtinagar, Lucknow on the basis of strong technical evidence,” said STF.

“STF Uttarakhand has succeeded in arresting an important accomplice of the copying mafia of Uttar Pradesh. On the basis of strong evidence and technical evidence, accused Sampanna Rao has been arrested by STF from Gomtinagar, Lucknow. The accused is originally a resident of Ghazipur, Uttar Pradesh, and is an associate of copying gangster Sadiq Musa”, “said SSP Ajay Singh.

Along with this, the STF has also recovered Rs 3.80 lakh from the accused in the examination leak case.

A few days back, the SSP arrested a police constable, Vinod Joshi, in the paper leak case.

On the basis of statements and evidence of the accused and witness arrested earlier, the accused, Vinod Joshi, resident of Sitarganj Udham Singh Nagar, was arrested», said Ajay Singh, Senior Superintendent of Police. Joshi is currently in judicial custody.

According to the SSP, the accused Vinod Joshi and his brother were given a house in Kudeshwari the night before the examination, along with the candidates in the VDO/VPDO recruitment, where the paper was solved.

The accused has also been arrested on the basis of the evidence of taking several examinees from one place to another in his car. 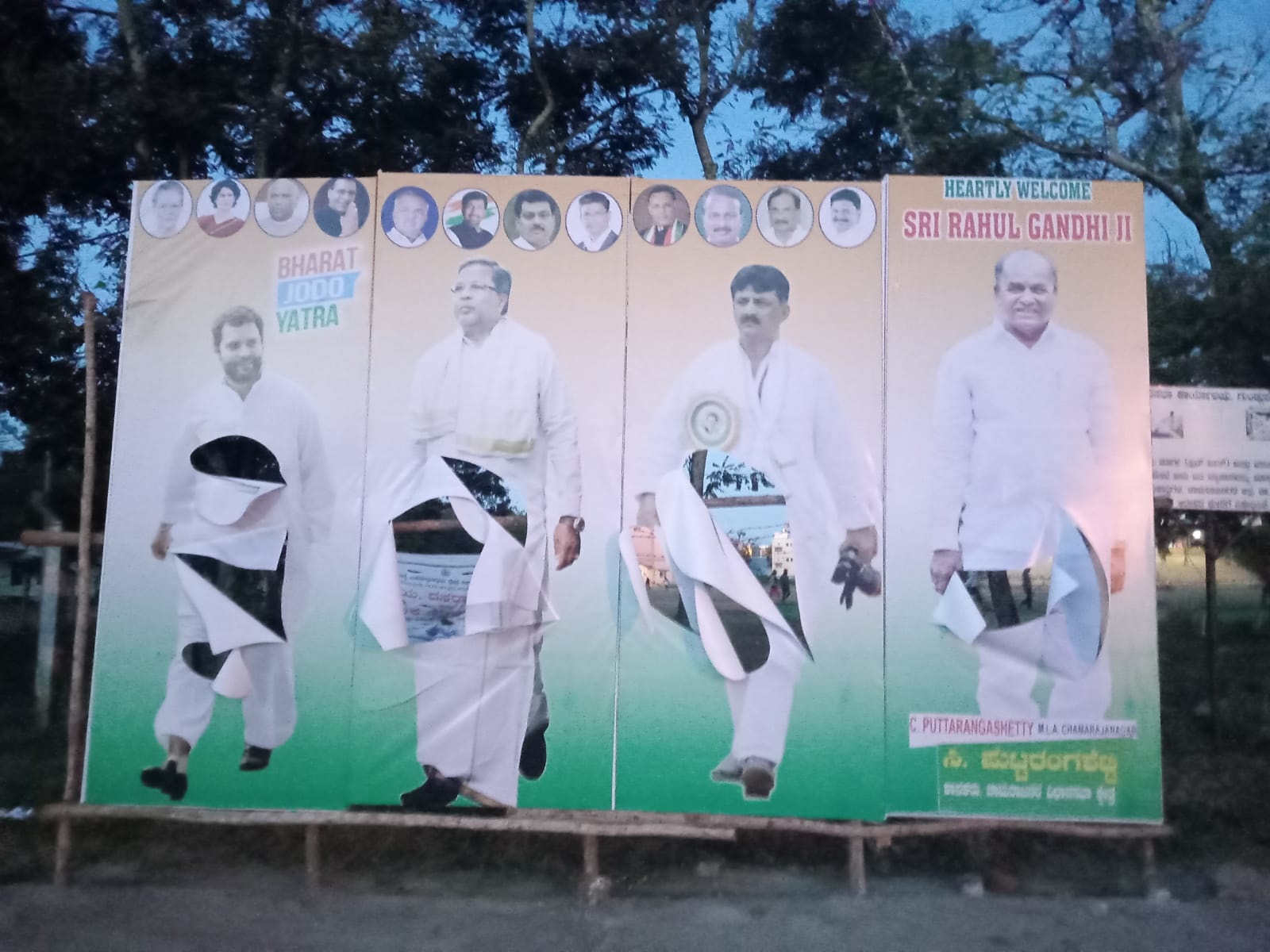 Ahead of the Bharat Jodo Yatra entering Karnataka, welcome flexes bearing pictures of Congress MP Rahul Gandhi were seen vandalised in Gundlupet town in the Chamarajanagar district of the state on Thursday.
Congress installed the flexes to welcome Rahul Gandhi, who is scheduled to arrive in Gundlupet on September 30.Other flexes that were put on the highway passing through Gundlupet and had pictures of different Congress Party leaders were also torn, according to reports.
More than 40 flexes were reported to be torn. The Congress leaders have accused the Bhartiya Janta Party’s workers of this “mischief.”
Previously, senior BJP leaders seemed to be targeting the Congress Party’s Bharat Jodo Yatra elsewhere. Madhya Pradesh Home Minister Narottam Mishra said earlier that the Bharat Jodo Yatra of the party has turned into a Leave Congress Project. “The Bharta Jodo Yatra has become the Congress Chodo Yatra (Quit Congress Yatra). Ghulam Nabi Azad Ji’s resignation from Congress shows that now there is an atmosphere of panic in the party,” said Mishra in a video he tweeted.
Rahul Gandhi is currently leading the Bharat Jodo Yatra, the party’s first national campaign in decades. The 3,500-km march from Kanyakumari to Kashmir will be completed in 150 days and cover as many as 12 states. From Kerala, the Yatra will traverse through the state for the next 18 days, reaching Karnataka on September 30. It will be in Karnataka for 21 days before moving north. The padyatra (march) will cover a distance of 25 km every day. 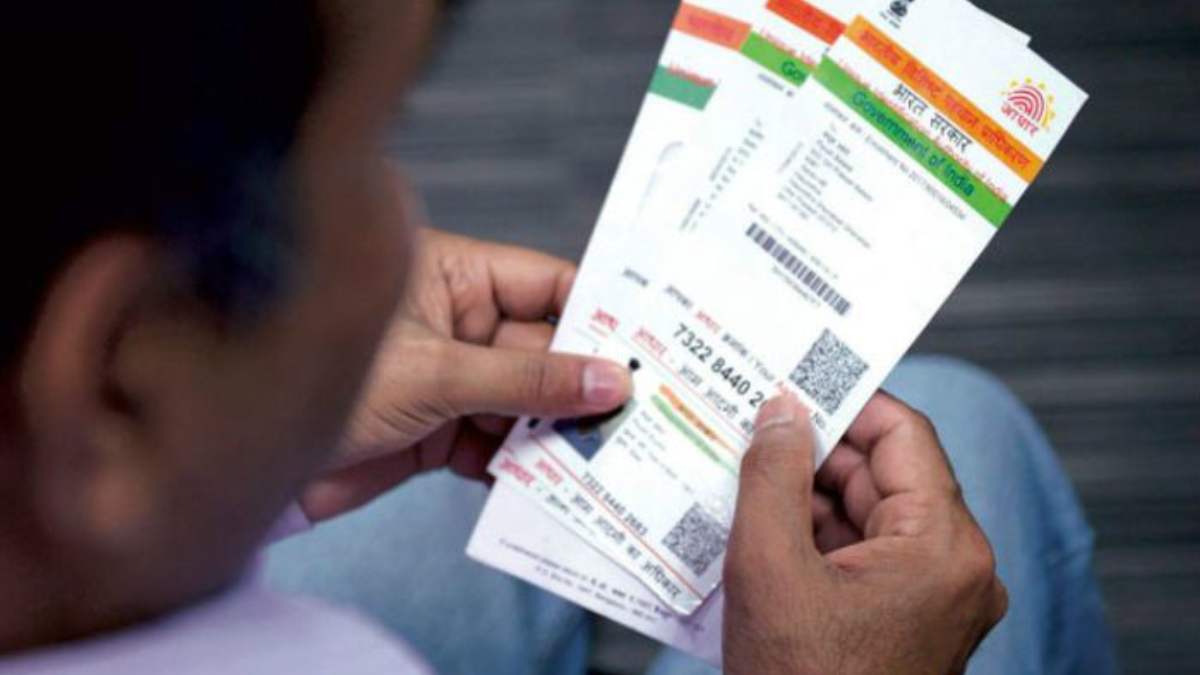 Aadhaar usage and adoption continue to grow at a rapid pace with the number of authentication transactions surging to 219.71 crore in August, registering a growth of over 44 per cent when compared with the previous month, according to data released by the Ministry of Electronics & IT
on Thursday.
A majority of these monthly transaction numbers were done by using fingerprint biometric authentication (128.56 crore), followed by demographic authentications and OTP authentications. As of the end of August 2022, a cumulative number of 8074.95 crore Aadhaar authentications have been carried out so far, as against 7855.24 crore such authentications by the end of July.
The number of e-KYC transactions executed via Aadhaar stood at 23.45 crore in August. The cumulative number of e-KYC transactions so far increased from 1249.23 crore in July to 1272.68 crore by the end of August, the government
data showed.
An e-KYC transaction is done only with the explicit consent of the Aadhaar holder and eliminates physical paperwork and in-person verification requirements for KYC. The Aadhaar e-KYC service is increasingly playing an important role for banking and non-banking financial services in providing better and more transparent customer experiences and ease of doing business. In August, residents successfully updated 1.46 crore Aadhaar numbers, and cumulatively till date (end of August), 65.01 crore Aadhaar numbers have been successfully updated. 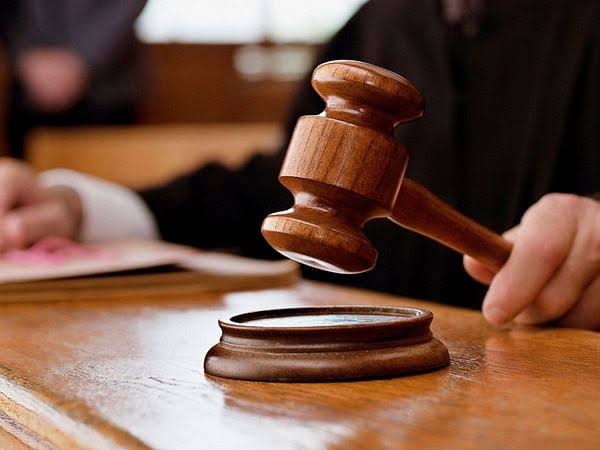 The Delhi High Court has issued notice to the Government of NCT Delhi and the Municipal Corporation of Delhi (MCD) on a public interest litigation (PIL) seeking direction from concerned authorities to take immediate remedial steps to eliminate the contagious viral disease known as “lumpskin disease.”
The Bench of Justice Satish Chander Sharma and Justice Subramonium Prasad on Wednesday directed the respondents to file a reply within a period of 10 days and listed the matter for 14th October. The plea submitted that Lumpy Skin Disease is a Contagious Viral disease that spreads among cattle, Bovine ( Cow family) through mosquitoes, flies, lice, and wasps by direct contact, and also through contaminated food and water. The disease causes fever and nodules on the skin, and it can be fatal.
Petitioner Ajay Gautam stated that Lumpy Skin Disease has killed nearly 70,000 cattle in the country to date, and numbers are increasing day by day.
It is submitted that the Lumpy Virus disease has created havoc in several states of India, and the most effective states are Rajasthan and Himachal. This disease has now knocked on the doors of Delhi too and has started affecting the cows of the city.
These infected cows require immediate medical attention. This disease can turn into an epidemic. As a result, immediate action is required to prevent the spread of this disease among our holy cows, according to the plea.
According to the petitioner, everyday cows are dying on road due to these reasons, and the helpline number issued is not responding and answering calls/queries related to Lumpi Skin Virus properly. It further stated that the respondents have set up only one isolation shelter for cows in Rewala, Khanpur South-West District, for 4500 cattle. Although there are more than 20,000 to 25,000 stray cows in the National Capital.
The plea further alleges that ambulance service is available for Holy Cows so as to rescue or send them from other parts of Delhi to the South-west district isolation shelter and no place has been identified, allotted or proposed by respondents for the burial of infected Cows. 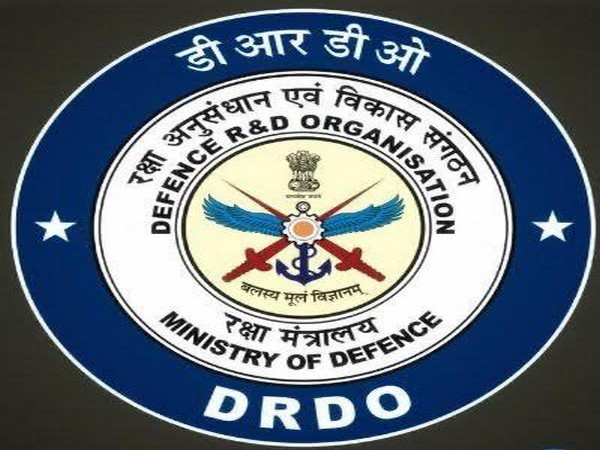 The Defense Research and Development Organization (DRDO) has been taking the help of the Indo-Tibetan Border Police (ITBP) in manufacturing “Make in India” K9 Scent Pads, which will be produced at 1/100th of the cost of those being procured from abroad.
This initiative of the ITBP to approach DRDO would help all Central Armed Police Forces (CAPFs) and state police organisations and security forces, including the Indian Army, in having specific explosive and narcotic scent kits to enhance the olfactory conditioning of K9s or police dogs in the detection of explosives and narcotics. The K9 Scent Pads being used by the dog squad teams of all CAPFs and other police organisations are still procured from foreign countries.
For the project, the DRDO has been roping in their world-renowned biochemistry and material physics experts at the DRDO HQ in New Delhi and the DRDO Gwalior to conduct pioneering research and development to manufacture K9 Target Odor Scent Pads.
This would be a unique, never before attempted “Make in India for India” project to break the foreign monopoly, according to a statement from ITBP.
Dr Sangita Rao Achary Addanki, Director DLIC DRDO, and Dr Om Kumar, Scientist G, a world-renowned biochemistry expert, are leading this project to produce K9 Scent Pads at 1/100th the cost of foreign K9 Scent Pads.

The Delhi High Court on Wednesday issued notice to the Police Commissioner on a plea of a woman cop seeking constitution of the Internal Complaint Committee (ICC) by the South Delhi DCP for redressal of sexual harassment complaints.
It is alleged that she had been sexually harassed by the accused. She said that the ICC should have been constituted within three months of the incident as per the guidelines laid by the Supreme Court, but to date, it has not been constituted.
Justice Anu Malhotra issued a notice to the Delhi Government’s Commissioner of Police Delhi and Deputy Commissioner of Police (DCP)-South.
The matter has been listed on October 19 for hearing. This matter pertains to an FIR under sections of rape and intimidation registered on August 3, 2021, at Malviya Nagar police station in Delhi on the complaint of the petitioner against a Sub Inspector of Delhi Police.
The bench postponed the hearing and directed that it be re-notified for October 19, 2022, when bail applications will also be listed. 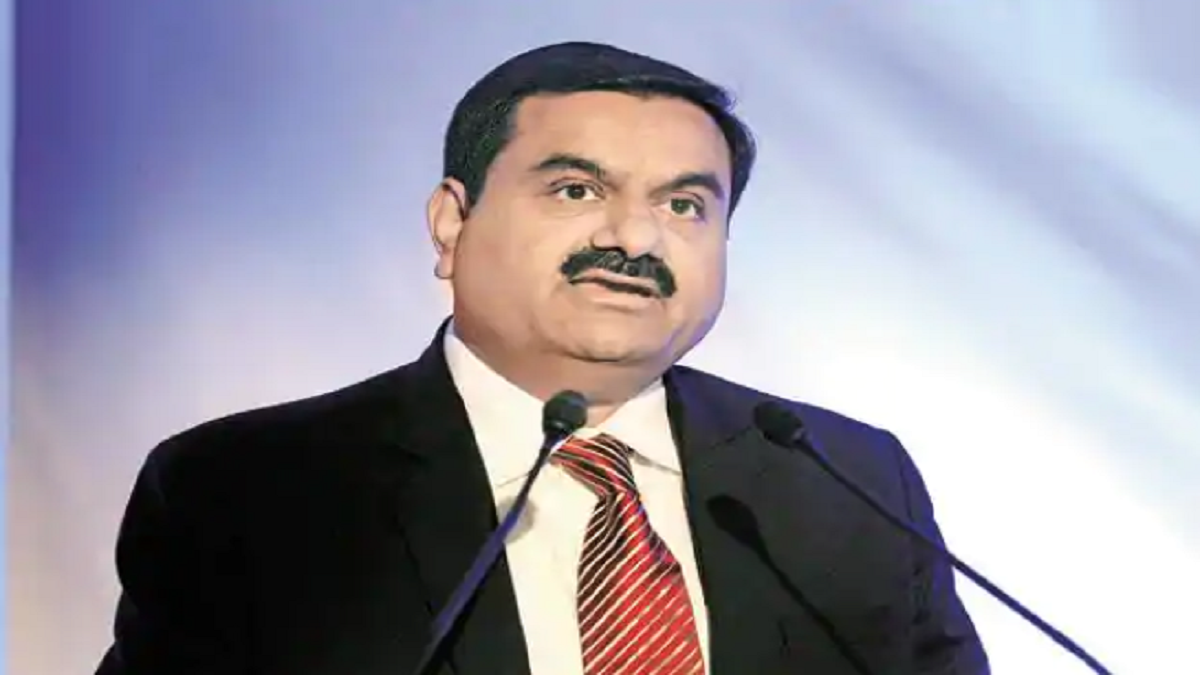 Budaun Hardoi Road Private Ltd (BHRPL), Hardoi Unnao Road Private Ltd (HURPL), and Unnao Prayagraj Road Private Ltd (UPRPL)—wholly owned subsidiaries of Adani Enterprises Ltd (AEL)—have achieved financial closure for the access-controlled, six-lane (expandable to eight-lane) greenfield Ganga Expressway Project (Groups II, III, and IV) in Uttar Pradesh (UP) respectively, on DBFOT (Toll) basis under PPP mode. The concession period will be 30 years.
The Ganga Expressway in Uttar Pradesh, which will connect Meerut with Prayagraj, will be India’s longest expressway to be implemented on a DBFOT basis. Of its 594-km length, AEL will build 464 km from Budaun to Prayagraj, which comprises 80% of the expressway project.
AEL’s road portfolio has grown to 18 projects with more than 6,400 lane km and an asset value exceeding Rs. 44,000 crore.