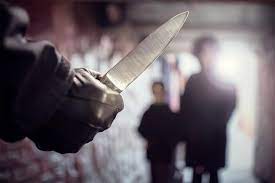 A 17-year-old boy was allegedly brutally attacked by three school students on December 5 in Delhi’s Bhagirathi area. All the minors accused in the case were arrested, police official said.

The victim and the three minors accused live in the same neighbourhood in the capital’s Bhaghirati district. Three school students attacked a 17-year-old boy several times with a knife, police said.

According to police officials, the case was registered immediately under sections 304 and 34 of the Indian Penal Code (IPC). All accused have been arrested, and two knives that were used to kill the teenager have also been recovered from the accused.

After following all procedure, accused were produced before the Juvenile Justice Board (JJB) and sent to protective custody by the JJB. Further investigation is going on, police said.

Because the accused are from a different community, Pinki Bhaiya, the national president of the Hindu organisation Hindu Raksha Dal, is attempting to cast the incident in a divisive light.

Pinki Bhaiya shared a video in which he can be seen with victim on Facebook with the remark, “Listen to this very attentively and comprehend what is happening with Hindus,” written in Hindi. “If you are a Hindu, please spread the word about this link as widely as you can. Otherwise, you or your family may be affected by the upcoming catastrophe. Hindus, if you still don’t wake up, you’ll never wake up”, he added.