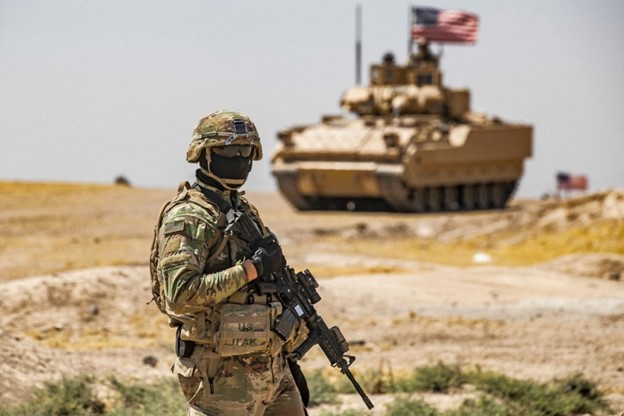 The US Central Command (CENTCOM) said in a statement that three American soldiers were injured in two rocket attacks in Syria Thursday. In the response to the attack, the United States responded by bombing with helicopters.

According to CENTCOM, “A US service member at Mission Support Site Conoco was treated for a minor injury and has been returned to duty. Two others are under evaluation for minor injuries.”

Centcom said on Wednesday that Iran-backed militants fired several rockets at the base of US troops in both Conoco and Green Village in northeast Syria on Wednesday evening.

Meanwhile, the US forces responded to the attack using combat helicopters and destroyed three vehicles and equipment used to launch the rockets.

Moreover, several international media outlets claimed that US forces had killed two or three suspected terrorists who were involved in the attack. US officials are investigating the attack.

However, the investigation is underway and more details are awaited about the attack.

WHY CENTRE DOES NOT FORM EXPERT PANEL ON POLL FREEBIES? SC ASKS