151 killed, over 150 injured at Halloween celebration in South Korea 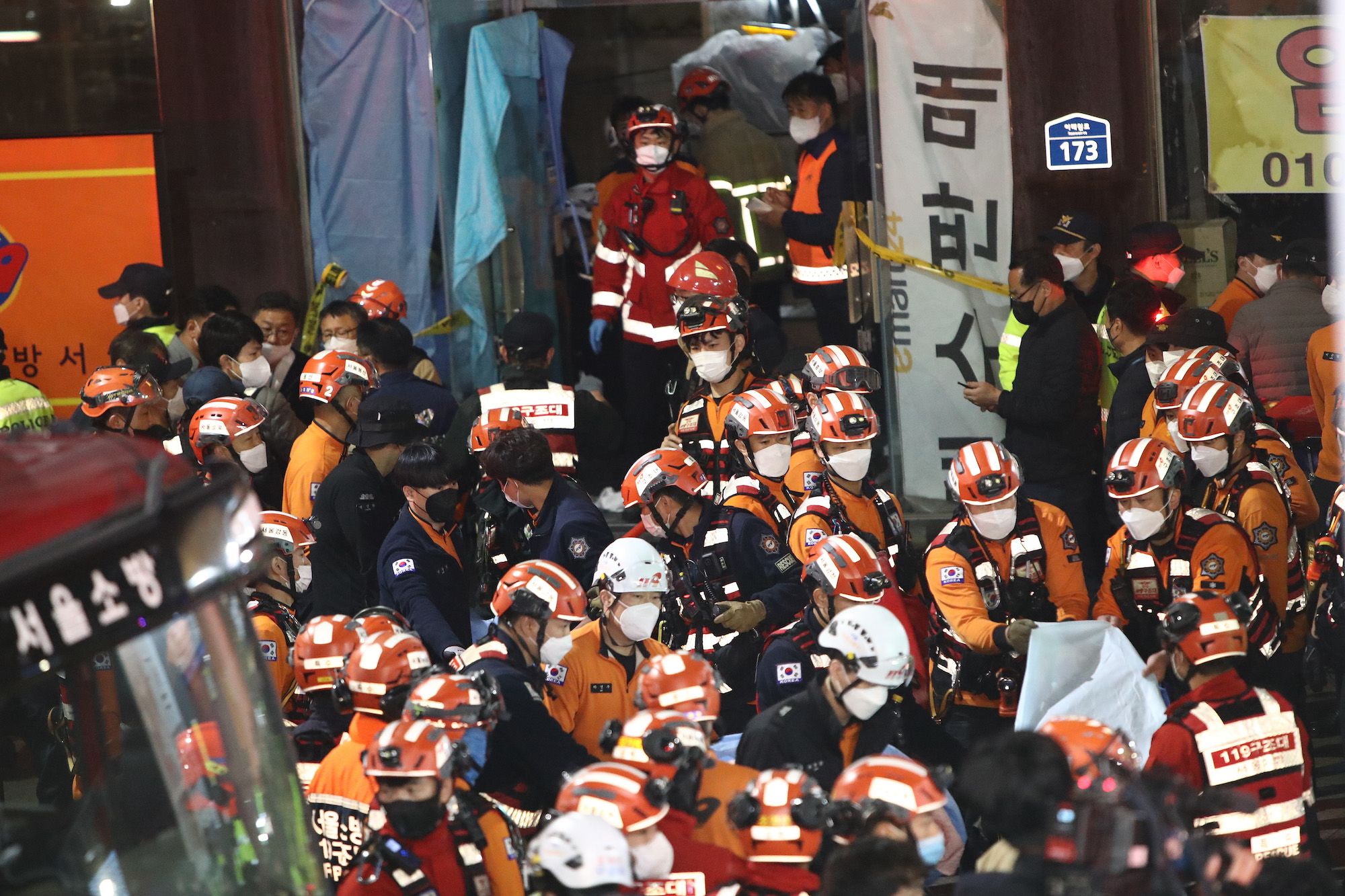 At least 151 people were killed and more than 150 were injured in South Korea’s greatest tragedy in years when a mob of primarily young people celebrating Halloween festivities in Seoul became trapped and crushed as the crowd surged down a tiny lane.

A number of the injured were thought to be in severe condition, according to Choi Seong-beom, chief of Seoul’s Yongsan fire department, and the death toll could increase further.

It was unclear what caused the gathering to suddenly swell into the small, downhill lane close to the Hamilton Hotel, a popular Seoul nightlife destination.

Many of the victims were women in their twenties, Choi said.

Witnesses recounted hectic situations just prior to the stampede, with the police present in anticipation of the Halloween celebration, occasionally having difficulty keeping the masses under control.

Moon Ju-young, 21, said there were clear signs of trouble in the alleys before the incident.

“It was at least more than 10 times more crowded than usual,” he told Reuters.

Hundreds of people were jammed into the tight, sloping lane, crushed and immovable as emergency personnel and police attempted to extricate them, as seen in social media footage.

In other videos, frantic scenes of firefighters and bystanders tending to hundreds of victims who appeared to be unconscious could be seen.

An unidentified woman who identified herself as the mother of a survivor claimed her daughter and others were trapped in the crowd of people in the alley for more than an hour before being freed.

According to a witness who spoke to Reuters, a temporary morgue had been put up in a building close by. According to the witness, some four dozen remains were later transported on wheeled stretchers to a facility so that the dead could be identified.

“You would see big crowds at Christmas and fireworks…but this was several ten-folds bigger than any of that,” Park Jung-hoon, 21, told Reuters from the scene.

“The area is still chaotic, so we are still trying to figure out the exact number of people injured,” said Moon Hyun-joo, an official at the National Fire Agency.

Authorities said they were investigating the exact cause of the incident. President Yoon Suk-yeol presided over an emergency meeting with senior aides.