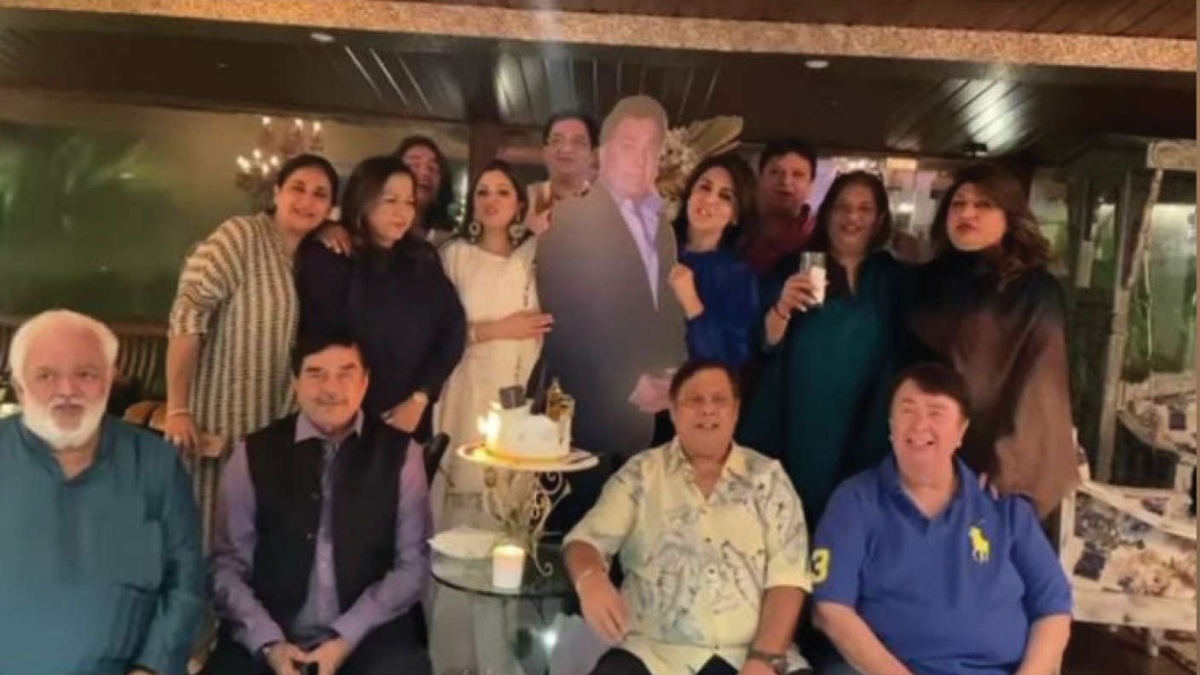 On Sunday, Neetu took to Instagram Story and posted a few pictures and videos from the bash. She gave fans a glimpse of Rishi Kapoor’s birthday cake. It featured all the things that the late actor loved—it included the logo of Twitter, a whiskey bottle, and a bowl of mutton curry among other fondant items.

In one of the clips, we can see friends and family members of Rishi Kapoor singing ‘Happy birthday dear Chintu’. In that particular clip, Neetu was seen posing with the late actor’s cardboard cutout.

David Dhawan, Shatrughan Sinha, and Rishi’s older brother, Randhir Kapoor among many others were present at the party. A day ago, Neetu penned a heartfelt note on Rishi Kapoor’s birth anniversary that read, “I learnt a lot from Rishi Ji during our last few traumatic years in NYC .. how we celebrated when his blood counts were high .. we dined shopped laughed. In his lows we just stayed home watched tv ordered in amazing food n still had some wonderful moments in hope that the next round of chemotherapy he would be better .. hope n being strong is what he taught me .. value each day .. we all miss him today,”

Rishi Kapoor passed away last year, after a long battle with cancer.