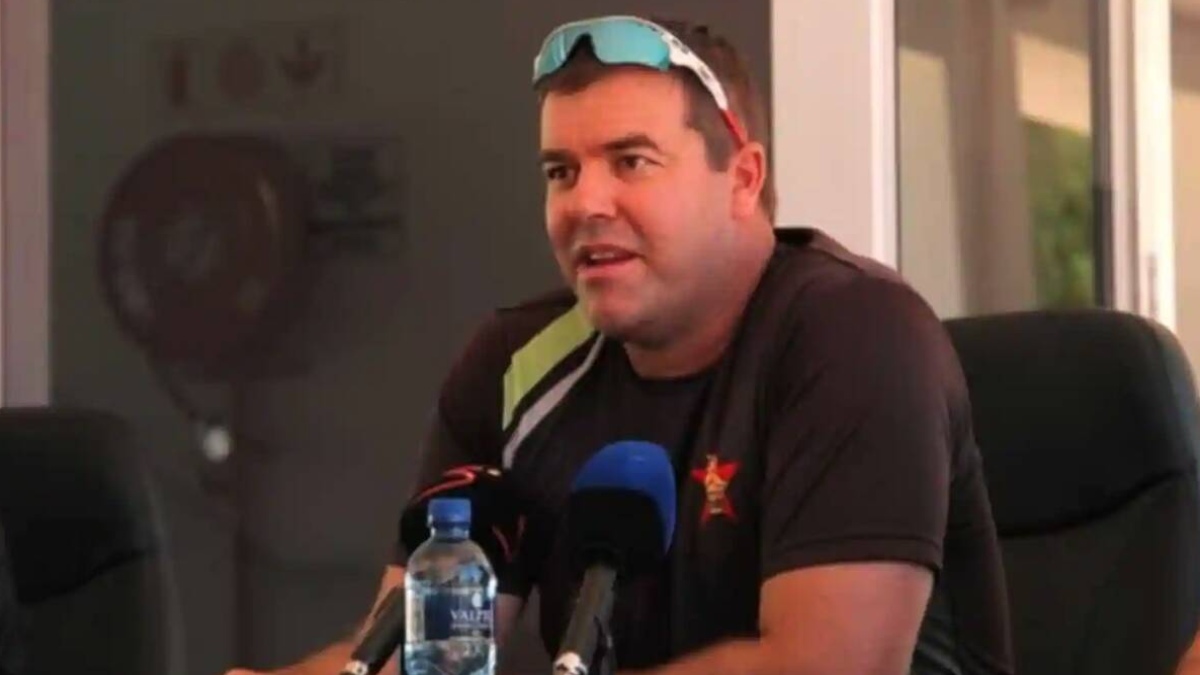 Former Zimbabwe captain Heath Streak on Wednesday was banned from all cricket for eight years after he accepted five charges of breaching the ICC Anti-Corruption Code.

Streak was charged as a participant under the Code by virtue of his status as the coach of Zimbabwe from 2016 to 2018 and as the coach of various domestic teams. The charges are as follows: 2.3.2 – disclosing inside information under both the ICC Code and various domestic Codes, in circumstances where he knew or should have known that such information may be used for betting purposes. In particular, he disclosed inside information in relation to matches in the 2018 Tri-Series involving Zimbabwe, Bangladesh, and Sri Lanka, the Zimbabwe versus Afghanistan series in 2018, the IPL 2018, and the APL 2018.

2.3.3 – directly or indirectly soliciting, inducing, enticing, persuading, encouraging, or intentionally facilitating any participant to breach the Code. In particular, he facilitated or attempted to facilitate the introduction of four different players, including a national captain, to someone he knew, or should have known, may have wanted to approach them to provide inside information for betting purposes.

Under the provisions of the Code, Streak chose to admit the charges and agreed with the sanction with the ICC in lieu of an Anti-Corruption Tribunal hearing. He will be free to resume his involvement in the game on March 28, 2029. 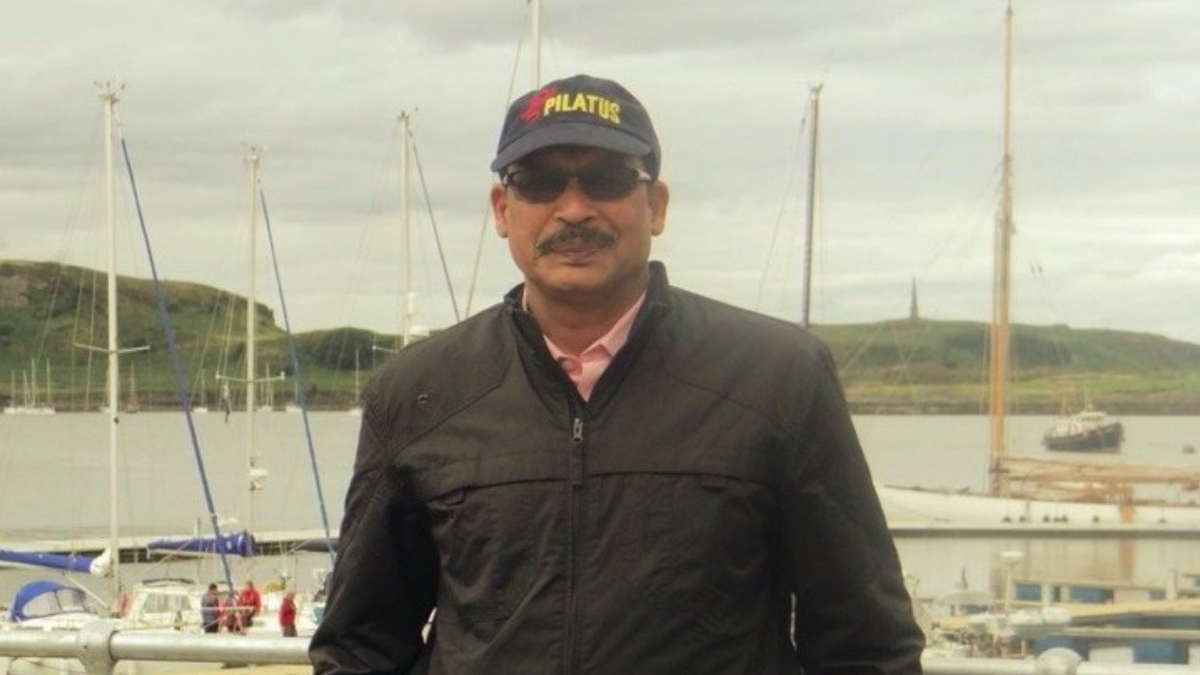 Commodore Garg was the High-Performance Director with Sports Authority of India till June 2021 and is an Arjuna Awardee recipient (1990) in Sailing and Major Dhyan Chand Khel Ratna Awardee in 1993-94. He joined Indian Navy in 1984 and handled various important and prestigious assignments over 34 years of service.

As an ex-athlete, he represented India in five Asian Games from 1986 to 2002 in the Enterprise-Class Sailing Event and was a National Champion five times.

“He also won the Gold and Silver at the Enterprise Class Sailing World Championships in 1993 in Zimbabwe and 1997 in Goa. He also won a couple of Bronze medals at the 1990 and 1994 Asian Games,” read an official SAI statement.

He served as Secretary of Services Sports Control Board (Indian Armed Forces) from 2014-17 and has also served as the Joint Secretary of the Yachting Association of India for four years. 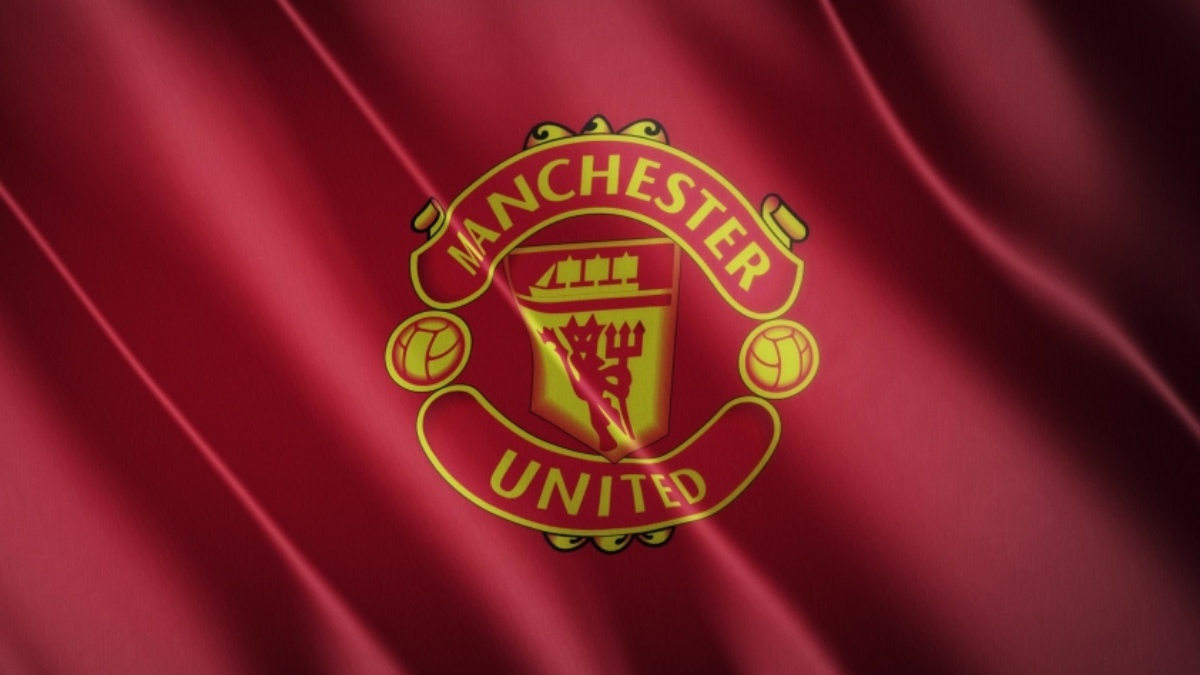 Manchester United owners showing interest to be a part of the Indian Premier League (IPL) may be one of the reasons why the Board of Control for Cricket in India (BCCI) on September 21 informed they have decided to extend the date for purchasing the Invitation to Tender (ITT) for the right to own and operate one of two proposed new IPL teams document till October 10 from the initial deadline of October 5.

Speaking to ANI, sources in the know confirmed the interest shown by Manchester United owners. “Well yes, it is true that they have shown interest and that may be one of the reasons why the dateline was extended by the BCCI. IPL is not just restricted to India, it is a global entity now,” the source pointed.

The Governing Council of the IPL had issued the ‘Invitation to Tender’ (“ITT”) document available on payment of the non-refundable tender fees on August 31, 2021.

“Pursuant to request from interested parties, the BCCI has now decided to extend the date for purchasing the ITT document till October 10, 2021,” BCCI Secretary Jay Shah said in a statement.

The ITT will be available to interested parties on receipt of payment of the non-refundable tender fee of INR 10,00,000 (Rupees Ten Lac Only) plus any applicable Goods and Services Tax. All other terms contained in the Invitation document shall be applicable.

“Interested parties are requested to email at ittipl2021@bcci.tv to get further details for purchasing the ITT,” the statement added.

Meanwhile, from the football world, Premier League club Newcastle United on Wednesday confirmed that Steve Bruce has left his position as head coach by mutual consent.

He leaves the Magpies after more than two years in charge, having steered the club to 13th and 12th-place finishes in the Premier League and reaching the quarter-final stage in both the Emirates FA Cup and Carabao Cup during his tenure. In an official release, Steve Bruce said: “I am grateful to everyone connected with Newcastle United for the opportunity to manage this unique football club.”

“I would like to thank my coaching team, the players and the support staff in particular for all their hard work. There have been highs and lows, but they have given everything even in difficult moments and should be proud of their efforts,” he added.

Graeme Jones will lead the team on an interim basis, starting with Saturday’s trip to Crystal Palace, and will be supported by the coaching team of Steve Agnew, Stephen Clemence, Ben Dawson and Simon Smith.

The process of recruiting a new head coach is under way and an appointment will be announced in due course.

India shuttler PV Sindhu on Thursday progressed to the quarterfinals of the ongoing Denmark Open.

Sindhu defeated Thailand’s Busanan Ongbamrungphan 21-16, 12-21, 21-15 in a match that lasted for one hour and seven minutes. Sindhu dominated the first game, but Thailand’s opponent staged a comeback to send the match into the third and final game.

However, the Indian shuttler maintained her composure to stage a win in the match.

Earlier in the day, India shuttler Kidambi Srikanth bowed out of the ongoing Denmark Open. Srikanth lost his round of 16 match against Japan’s Kento Momota 21-23, 9-21.

The Indian duo displayed a fighting spirit throughout the game and was able to stretch their opponents to three games. 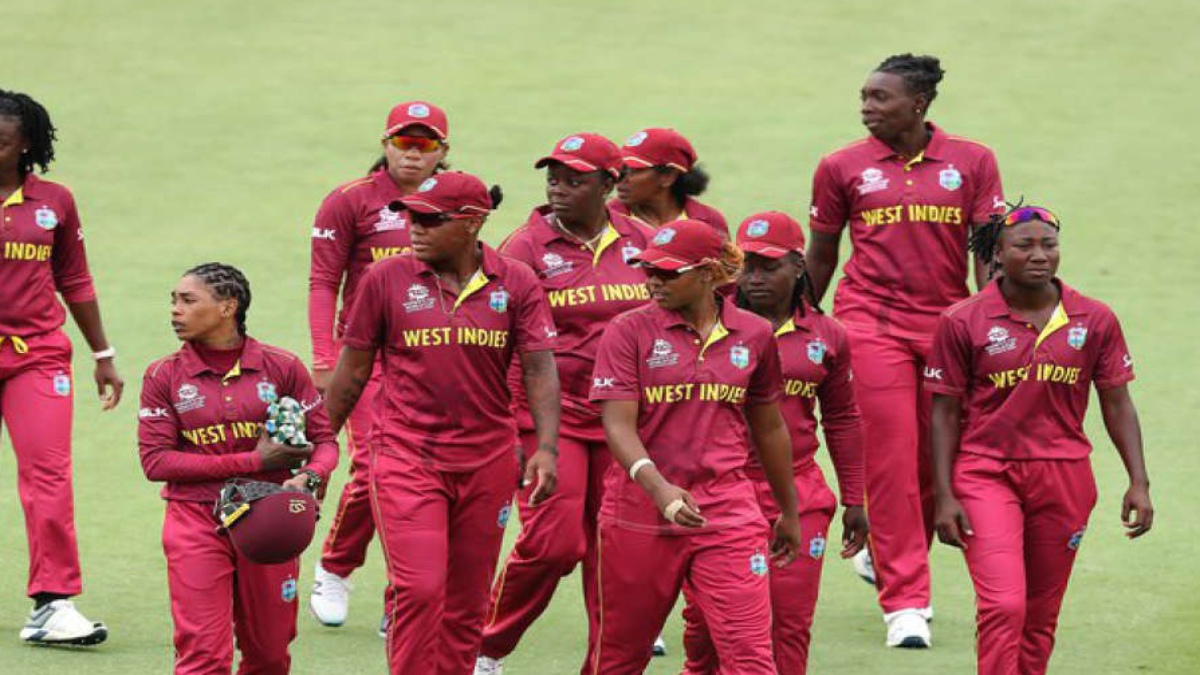 West Indies Women will visit Pakistan for three ODIs in November. Karachi’s iconic National Stadium will host the matches on November 8-14, following which both sides will travel to Zimbabwe for the ICC Women’s Cricket World Cup Qualifier to be held from November 21 to December 5.

This will be Pakistan women’s third bilateral series in 2021 after they toured South Africa in January-February and West Indies in June-July. Stafaine Taylor’s West Indies will arrive in Karachi on November 1 for what is a reciprocal tour. The top three of the 10 teams will qualify for the ICC Women’s Cricket World Cup 2022, which will be played in New Zealand.

PCB Chairman Ramiz Raja said: “We are delighted to announce the West Indies women’s tour to Pakistan in November. This will be a great series for the promotion, publicity and growth of women’s cricket in Pakistan, besides also providing both sides excellent opportunity to prepare for the World Cup qualifier. West Indies women’s tour will be followed by their men’s side who will visit Pakistan for three ODIs and three T20Is in December. So, the Pakistan cricket fans can brace for some exciting and entertaining cricket in women’s and men’s cricket later this year.”

Meanwhile, the national women’s selection committee – which includes Urooj Mumtaz (the chair) and Asmavia Iqbal – has also announced an 18-strong squad for the upcoming three ODIs and the World Cup Qualifier.

Batter Javeria Khan will lead the contingent, which has been devised after considering the performances on the last two tours and the recent Pakistan Cup Women’s One-Day. 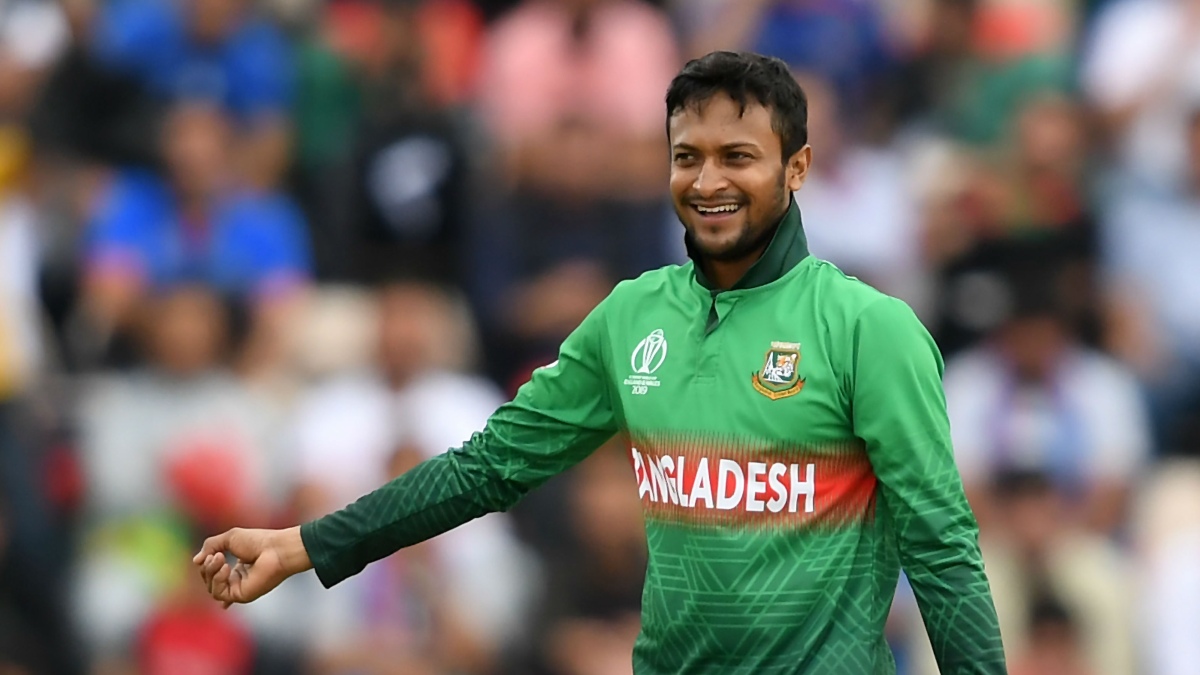 Chasing 182, PNG was put on the back foot right from the very start as the side lost four wickets inside the first six overs and the team was reduced to 17/4. PNG was never able to recover from the horrible start they got, and in the end, Bangladesh bundled out PNG for 97 inside 19.3 overs to complete a comprehensive 84-run win.

Earlier, Mahmudullah and Shakib Al Hasan played knocks of 50 and 46 to help Bangladesh score 181/7 in the allotted twenty overs. Opting to bat, Bangladesh did not get off to an ideal start as the side lost opener Mohammad Naim (0) in the very first over of the innings to Kabua Morea.

Liton Das and Shakib then put on 50 runs for the second wicket, but PNG remained in the contest by taking wickets of Liton (29) and Mushfiqur Rahim (5) in quick succession, reducing Bangladesh to 72/3 in the 11th over.

Shakib went on to play a knock of 46 runs but his dismissal in the 14th over required Bangladesh to revive their innings and rebuild to post a solid total on the board.

Mahmudullah ensured that Bangladesh do not lose momentum and the side posted a total of more than the 180-run mark. Afif Hossain and Mohammad Saifuddin also played useful cameos of 21 and 19.

As a result of finishing at the top of Group B, Scotland will join India’s group featuring Pakistan, New Zealand and Afghanistan. 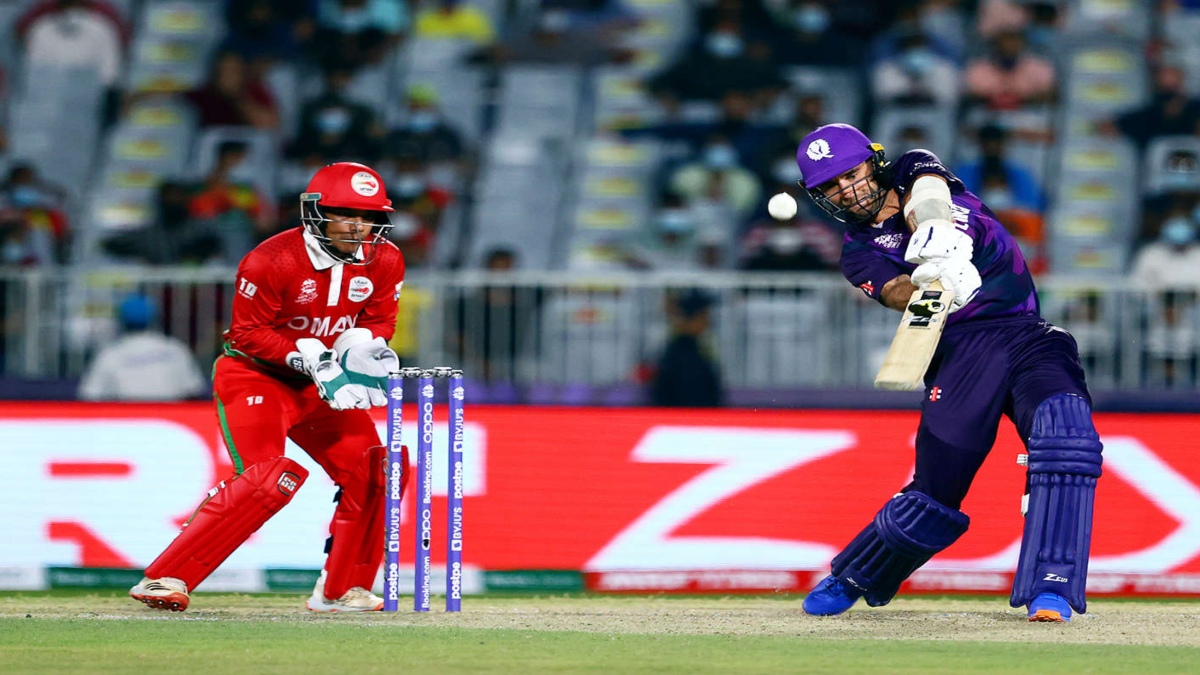 Kyle Coetzer played a knock of 41 runs as Scotland defeated Oman by eight wickets in Group B of the ICC Men’s T20 World Cup here at the Al Amerat Cricket Ground (Ministry Turf 1) on Thursday.

With this win, Scotland and Bangladesh have progressed from Group B to the Super 12 stages. As a result of finishing at the top of Group B, Scotland will join India’s group featuring Pakistan, New Zealand and Afghanistan. On the other hand, Bangladesh will join Australia, South Africa, West Indies and England. Chasing 123, Scotland got off a steady start as openers George Munsey and Kyle Coetzer put on 33 runs for the first wicket. Oman got the much-needed breakthrough in the fifth over as Fayyaz Butt dismissed Munsey (20).

Matthew Cross then joined Coetzer in the middle and the duo did not let the momentum drop for Scotland. Both batters formed a 42-run stand, but with 48 away from the target, Scotland ended up losing the wicket of Coetzer (41) in the 10th over. In the end, Matthew Cross (26*) and Richie Berrington (31*) ensured that Scotland register a comfortable victory with 18 balls to spare.

Earlier, a spirited bowling performance helped Scotland bundle Oman out for 122. Opting to bat first, Oman got off to a bad start as the side lost its first two wickets with just 13 runs on the board. Jatinder Singh (0) and Kashyap Prajapati (3) both failed to leave a mark with the bat. Aqib Ilyas and Mohammad Nadeem then formed a 38-run stand for the third wicket, but this was cut short by Michael Leask as he sent Ilyas (37) back to the pavilion, reducing Oman to 51/3 in the 10th over.

Mohammad Nadeem (25) then departed in the 13th over as his wicket was taken by Mark Watt and Oman was reduced to 79/4 and the hosts were in dire need of a partnership. However, that did not prove the case as Sandeep Goud (5) also failed to leave a mark with the bat, leaving Oman at 93/5 in the 15th over. Oman kept on losing wickets at regular intervals and in the end, the hosts had to settle for a score of just over the 120-run mark.