‘YOU’ SEASON 3 OFFERS A POWERFUL CRITIQUE OF URBAN PARENTING, ABUSE OF FAME - The Daily Guardian 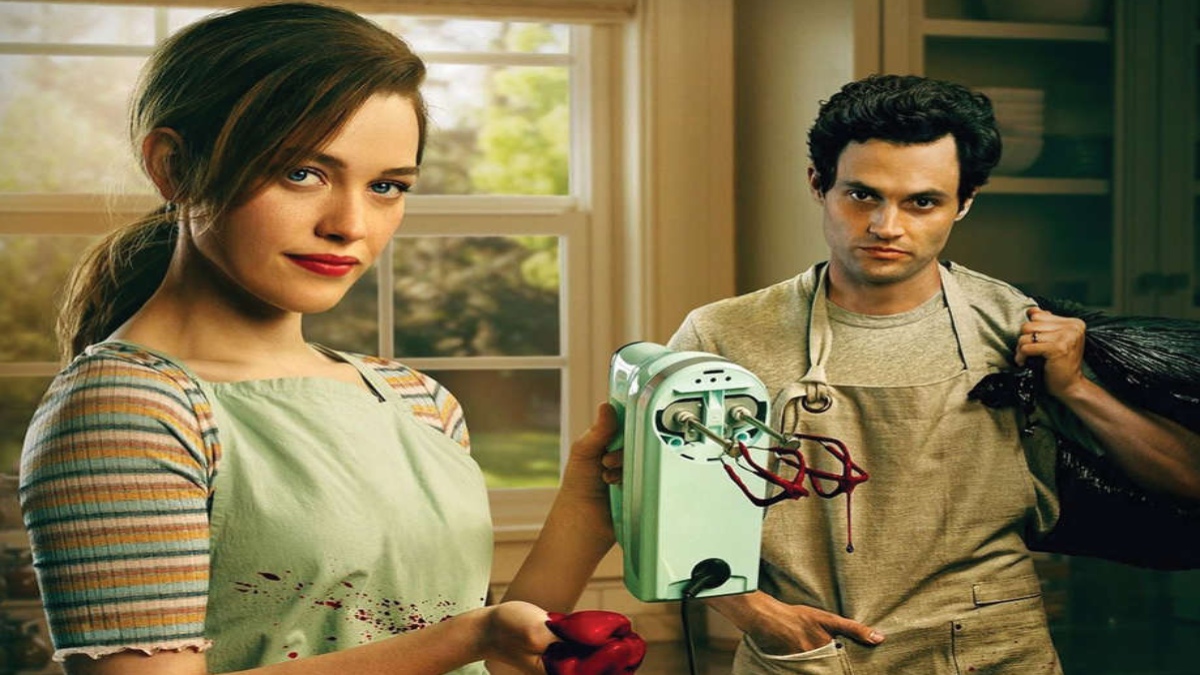 Joe Goldberg, the protagonist of the popular Netflix series ‘You,’ based on the novel series by Caroline Kepnes is an orphan, bibliophile, stalker, hacker, mimic, and a serial killer. Goldberg is like a snake that wouldn’t think twice before striking you dead. But the fascinating thing about it is that there’s nothing personal about it. For, it’s in his character. He can kill you and most probably he will. But, it’s not meant to be taken personally. After all, if you are at the wrong place and the wrong time with him then you will become his prey. Now, Joe is so well-read that almost everything he knows about the world and its inhabitants comes from the thousands of books that he has consumed. Rendered orphan as a child after he shoots and kills his abusive father to protect his mother who takes the blame for it, Joe has to spend a few years in the foster care system before he gets adopted by the abusive and psychopathic bookstore owner Mr. Mooney who keeps Joe locked in a plexiglass cage vault, below his bookstore. It’s Mooney who introduces Joe to the world of books and teaches him about the importance of reading and the preservation of books.

If Joe had a precursor in literature it’s none other than Tom Ripley—the serial killer character in Patricia Highsmith’s novel series. Now, Ripley is well-educated and has good taste in art, music, food, wine and architecture. He is a charmer who can give a woman a good reason to love him. He is a career criminal but he always gets away with his crimes. When these novels first came out Ripley was a huge revelation. The phenomenon is best described by the late American critic Roger Ebert: “Villains usually last through only one crime novel, while heroes are good for a whole series. That’s a great inconvenience for their authors because villains are usually more colorful than heroes. Patricia Highsmith’s novels about Tom Ripley are the exception, a series of books about an irredeemably bad man, and yet charming, intelligent and thoughtful about the price he pays for his amoral lifestyle.” Ripley has been an enigma in the crime fiction genre because it’s very rare for a thief and murderer to get away with his crimes in novel after novel while appearing on most days like a considerate lover and a good neighbor. While it’s true that in recent times we have encountered many such characters that get away with their crimes, there is perhaps none more fascinating than Joe Goldberg.

The recently released third season of ‘You’ takes much darker turns, constantly combining literature and cinema to create something truly topical and laced with strong socio-political commentary. How it critiques urban parenting, anti-vaccinationism, diet obsession, and abuse of money, fame, and technology is staggering, to say the least. And, ironically, it does so through a protagonist who himself has some serious morality issues. Joe is not a hero by any imagination but he nonetheless has certain redeeming qualities. In the first season, he tries his best to safeguard a child in his neighborhood. And in the second season again he jeopardizes his new life to protect a teenager from a sexual predator. In the third season, set in a fictional Californian suburb, he refuses to frame an innocent man for murder after he sees his humane side. ‘You’ is a reminder that the kind of world we live in is a world sans heroes or villains. For, in this world of ‘Fifty Shades of Grey’, we all have both heroic and villainous traits hidden in ourselves. And, at the end of the day, it’s all a balancing act.

Now, there is no denying that Penn Badgley’s mesmerizing portrayal of Joe Goldberg is one of the biggest reasons behind the popularity of ‘You’. The unique thing about Joe is that just like Tom anyone can take him for a boy next door with a cute smile, only to discover his dark, cruel side when it is a little too late. Now, Badgley is a very gifted actor. The first season of ‘You’ was all about him. But, the second season was also about Victoria Pedretti who is another gifted talent. She is able to seamlessly switch between different emotions at the drop of a hat. What she brings to ‘You’ is exactly what was missing in the somewhat one-dimensional first season. The character of Beck irritated the viewer at times and Elizabeth Lail as Beck somewhere felt weak in comparison to Badgley’s Joe. But, Pedretti’s Love is the perfect match to Badgley’s Joe. And now that both of them are fully exposed in front of each other as well as the viewers, it does open a lot of exciting possibilities. And, Sera Gamble and team, to their credit, don’t leave any stone unturned to explore them. But for how long can the viewers go on watching bad people do bad things? Well, Tom Ripley lasted five Patricia Highsmith novels, published between 1955 to 1991, and so in that regard Joe Goldberg, so far having lasted three Caroline Kepnes novels, published between 2014 and 2021, is still in his adolescence.

﻿BIG B GETS NOSTALGIC AS HE COMPLETES 52 YEARS IN BOLLYWOOD