Why ‘Nine Perfect Strangers’ is a lost opportunity - The Daily Guardian 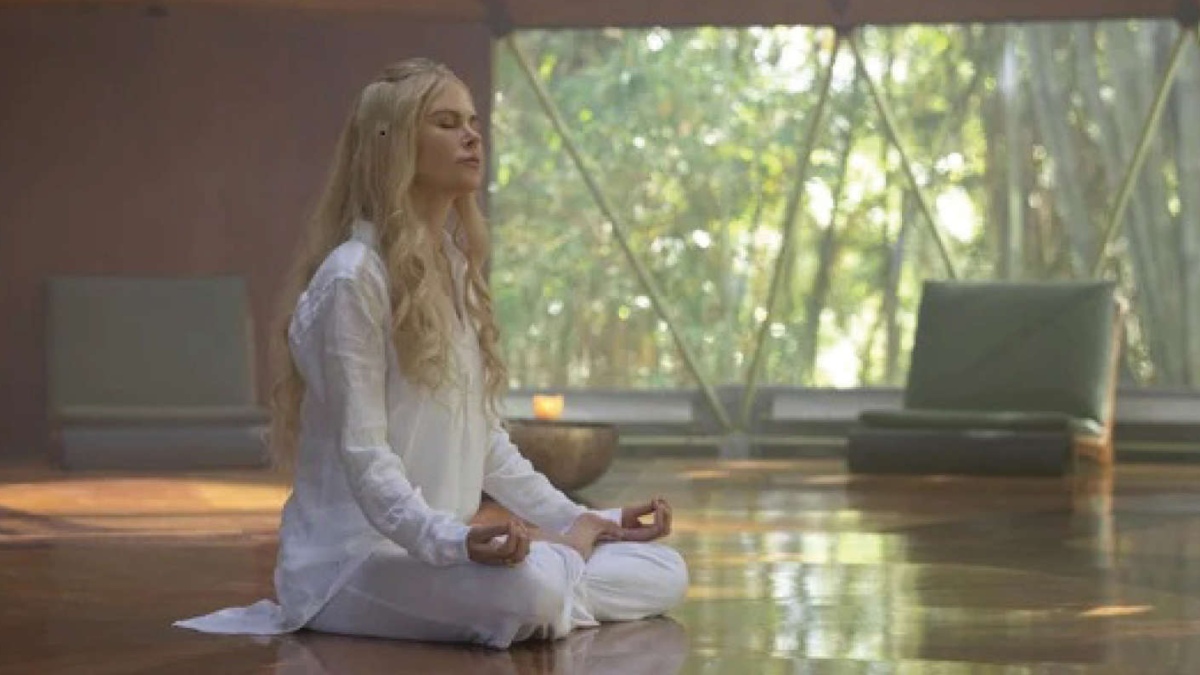 Modern lifestyles, workplace stress, inner insecurities, lack of trust, and absence of inter-personal communication in relationships have given way to many health problems and lifestyle diseases. No wonder wellness is a $4.2 trillion global industry which constitutes more than half of the total global health spending. The new Hulu series ‘Nine Perfect Strangers’, which is available in India on Amazon Prime Prime, deals with a very important component of the wellness industry: spiritual care. Based on the 2018 novel of the same name by the Australian author Liane Moriarty, the series is created by David E. Kelley (the famed American creator of classics shows like “The Practice”, “Boston Legal”, and “Ally McBeal) who has also developed it along with the English screenwriter John-Henry Butterworth (Fair Game, Edge of Tomorrow, and Ford v Ferrari).

The eight part drama series (three of which have been made available to the Indian critics for review ahead of its official release) isn’t available for binge-viewing with new episodes launching weekly. The series follows nine stressed city-dwellers who head to the picturesque boutique beauty and wellness resort that promises healing and transformation. The bunch includes the Marconi family (Napolean, Heather, and Zoe essayed by Michael Shannon, Asher Keddie, and Grace van Patten, respectively) which is struggling to overcome a loss of a dear one; Frances (played by Melissa McCarthy), a novelist going through a rough patch; a young couple, Jessica (essayed by Samara Weaving) and Ben (portrayed by Melvin Gregg), on a brink of a major relationship crisis; Tony (essayed by Bobby Cannavale), a former football player dealing with substance addiction; Carmel (played by Regina Hall), a divorceé with serious anger issues, and a gay man named Lars (portrayed by Luke Evans) who is recently dumped by his boyfriend.

The resort, named Tranquillum House, is run by an eccentric Russian wellness guru named Masha (essayed by Nicole Kidman). Tiffany Boone and Manny Jacinto play the parts of Masha’s loyal staff members, Delilah and Yao, respectively. While the long-form narrative opens up so many possibilities for audio-visual storytellers, adapting a literary story with more than a dozen characters stuck in the same place for the entirety of the runtime can be a huge challenge for anyone series creator. And that’s precisely what ‘Nine Perfect Strangers’ suffers from. For, the luxury that a novelist enjoys while weaving complex narratives, with unlimited words at his/her disposal, isn’t available to any series creator. So it all boils down to how well a storyteller can employ cinematic techniques to effectively tell a complex story. We are talking about expositions, flashbacks, intercutting, montage, and whatnot.

Here, I am reminded of the baptism sequence in ‘The Godfather’. By the time the film’s principal photography was completed, Francis Ford Coppola had shot over 500,000 feet of footage (roughly equivalent to ninety hours of material). It was made worse by the studio interventions as he wasn’t an established director at the time. He was constantly under pressure to reduce the runtime. Now, Coppola would have been lost without his editors, William Reynolds and Peter Zinner. The editing on the film has often been described as an “epic work in reduction” which deservedly bagged an Oscar nomination for Best Film Editing at the 1973 Academy Awards. Reynolds and Zinner’s editing work reaches its zenith during the film’s bravura climax constituting the famous baptism sequence that employs ingenious cross-cutting techniques to significantly reduce the film’s runtime. And it does so while enriching the film’s tonality, symbolism, and pathos though stark juxtapositions and clever use of the church’s organ music along with the priest’s sermon in Latin overlapping the entire sequence.

Now, while watching ‘Nine Perfect Strangers’ one does get a sense of the frustration that the editor, Ben Lester, would have felt while trying to put everything together. We are talking about a dozen characters with many subplots, backstories, and the possibilities that open up with the idea of a wellness resort run by an eccentric guru with a dark past. And while Lester does try his best to make everything look coherent he clearly falls short of achieving it. The real culprits are of course Kelley and his team of writers who fail to live up to the challenge of adapting Moriarty’s novel.

It wouldn’t be an exaggeration to describe ‘Nine Perfect Strangers’ as a lost opportunity. But, as they say, every cloud has a silver lining. In the case of ‘Nine Perfect Strangers’, it’s the acting performances on offer that come to the show’s rescue. While Nicole Kidman is a sight to behold in the role of the mysterious wellness guru, it is Melissa McCarthy who steals the show as Francis. The scenes that McCarthy shares with Bobby Cannavale are easily the best thing about the show. Also, Michael Shannon is a treat to watch as Napoleon Marconi. His role here is so contrasting to his part in Tom Ford’s ‘Nocturnal Animals’ wherein he played a hardened Texas cop for which he got nominated for an Academy Award. Of all the actors, Luke Evans seems to have the weakest part. Now, I would love to see the suave and charming Welsh actor as the next 007 (it’s all in a speculation space right now). But, alas, here he looks a little off-color! A performer of his pedigree ought to be a little more careful in choosing his parts.