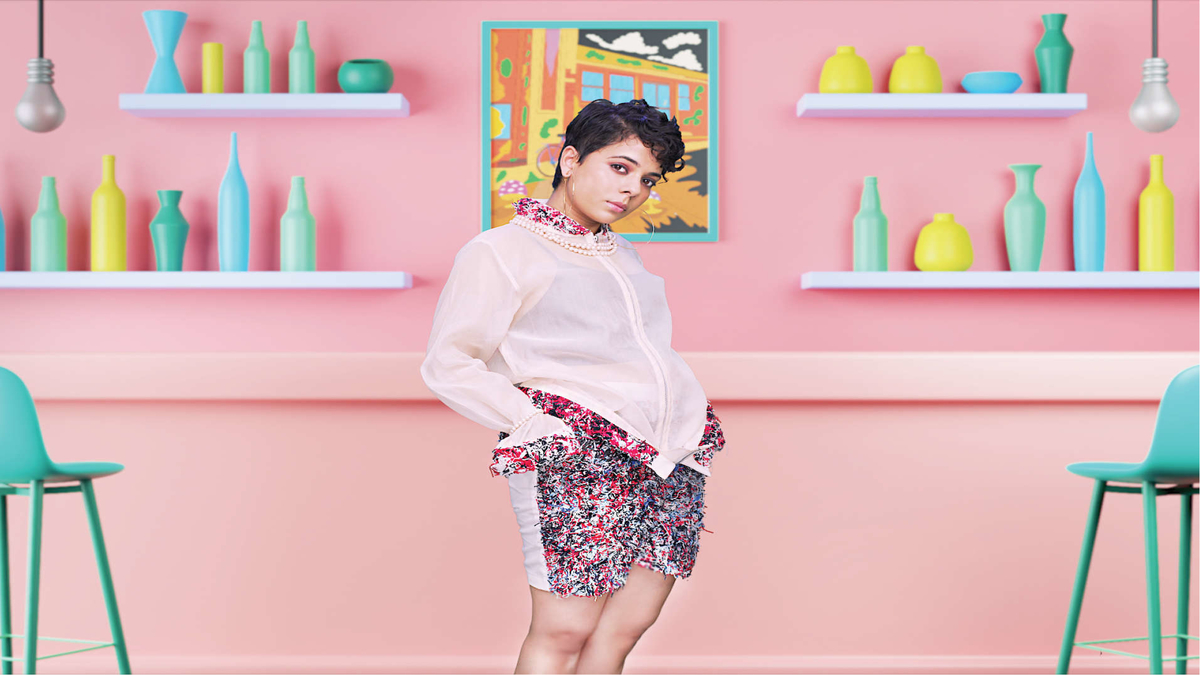 Creative minds often collaborate with others on the same wavelength as them, in order to bring their vision to life. When Hyderabad-based singer Peekay aka Pranati Khanna, planned the release of her new single ‘You Don’t Have To’, she immediately knew she wanted the clothes she adorned for the video, to be from the sustainable, made-from-waste label Cancelled Plans, also based in Hyderabad. The final result is a striking and creative look that makes a strong impression.

In a candid chat with The Daily Guardian, Peekay opens up about her song, her collaboration with Cancelled Plans and her creative outlook. Excerpts from the interview:

Q. Hello and congratulations on the release of your new song! Tell us about the song and the process of making it.

A. Thank you! The story behind the song is fairly loaded—it’s one story based on a million that I’ve heard from friends and fans—all based on insecurities in relationships. I did my take on it which is inspired by a very ‘toy-like’ world which this couple has created and lives in. It’s a box filled with fake things and tired movements. A bored and exhausted performance of affirming one another that they’re in it for the long haul. I love making fun of awkward situations like these because I’m the queen of being in them, and this adds a humorous touch to the video.

I am blessed that I had all the right people around me who I wanted to collaborate with, including Couch Potato Productions where we shot the video and whose team edited it; Daniel Sharma, a brilliant 3D artist who is a dear friend and teammate at my design firm called ‘The Whole Shebang’; my friend Hari Charan who directed it; Jonathan Edward or Eddy as I call him who has been like a big brother to me; and to mark my first ever fashion collaboration, Cancelled Plans, which is a Hyderabad-based eco-conscious fashion line.

Q. How does your creative outlook align with the rest of your collaborators, especially Cancelled Plans?

A. The pandemic was difficult on everyone for a variety of reasons. I have been consistently interacting with people on social media through messages, Insta Live sessions. I’ve been initiating conversations on mental health and stress during the whole pandemic, and sharing my artwork to spread positivity. Honestly, my goal is to inspire my audience and spread cheer and hope with every song that I release.

For my latest single ‘You Don’t Have To’, I wanted to tie up with diverse and unique voices to create something beautiful together. The team at Cancelled Plans also believes in amplifying voices from various art forms, so they sponsored the outfit I have worn in this video. It was a natural and authentic collaboration because we share the same ethos.

Q. How did the collaboration with Cancelled Plans come about?

A. Mallika Reddy who is the owner of the label, is one of those genuine, beautiful designers in Hyderabad who didn’t just want to make fancy clothes and sell them. She decided to take wasted pieces of cloth and other usable material from factories that were dumping them and turn them into beautiful fashion that is environmentally-conscious as well. I have always loved what this label does, besides the fact that the clothes are so out-of-the-box! So, I got in touch with her and voila, the rest is history!

Q. Tell us about the brand philosophy of Cancelled Plans. What makes their collections unique?

A. Cancelled Plans outrightly rejects the fast-fashion system we have gotten so accustomed to, opting instead to create innovative, stylish, and durable products that give a second life to waste. I love the fact that they proudly declare their motto as, “We love rejects, our design is driven by comfort and inspired by the streets.”

I believe that fashion shouldn’t be meaningless. We’re living in a world that is slowly collapsing around us. The environment is in danger and all the frivolities of life, especially fashion, are the major cause. While endlessly buying clothes makes us happy, we have to start making more intelligent decisions. I don’t just sing songs for the heck of it – every song has a purpose and collaborating with Cancelled Plans is a step in the right direction.

Q. How has your new song been received so far?

A. It’s been great! The song is receiving tremendous appreciation and has been included in a number of playlists across streaming platforms and radio stations. The song premiered on Rolling Stone India and is on VH1 too. I’ll be performing live in Delhi on September 3 and in Gurugram on September 4, both in Piano Man, and I’m so excited about that.

The interviewer pens lifestyle articles for various publications and her blog www.nooranandchawla.com. She can be reached on nooranand@gmail.com.

﻿ABHISHEK BACHCHAN OPENS UP ABOUT HIS INJURY