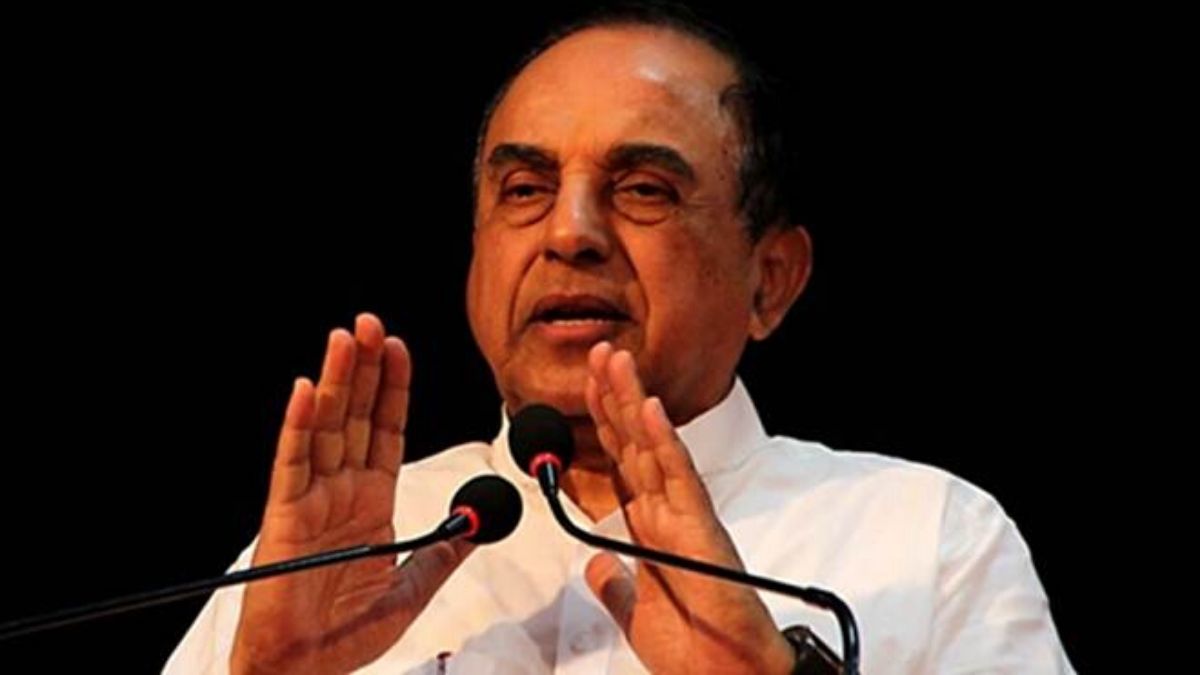 BJP leader Subramanian Swamy speaks to The Daily Guardian about being accused by none other than a United Nations’ official of “hate speech”. Of course, being Swamy, he has sought an apology and threatened legal action. He also talks about the Rs 20 lakh crore economic package being offered by Finance Minister Nirmala Sitharaman which he clearly feels is not adequate and offers his solutions to the current economic crisis, a crisis which he had foreseen even pre-Covid-19 but which has only worsened since. Excerpts:

Q. The under-secretary of the UN has accused you of hate speech. What is your take on this?

A. He has not quoted a single source and therefore I don’t know if he has made it up or somebody told him and he never bothered to fact check. Pakistan Prime Minister Imran Khan also did a press conference accusing me, saying that this shows the mentality of the BJP. I have never said any of the things that were attributed to me.

I had done an interview with a Canadian company in Toronto. I did not know if it was Pakistan-owned as the interview came through some other journalist. They took a 2-hour interview and promised to send me a tape, otherwise I would have taped it myself. That foreign media took this statement of mine and sliced it. I had spoken about the persecution of Hindus in Pakistan.

Q. Your take on the economic package announced by the Finance Ministry.

A. First, you must know what you are up against and that clarity is not there in the Finance Ministry. I don’t blame the PM, it is not his job to know everything. I don’t know physics or biology but if somebody says I’m ignorant of both these subjects, I would not mind it. I will defer it to somebody else. For example, if it was health, I will defer it to Harsh Vardhan who is one of the finest people in the government today.

Now the main issue is that over the past 4 years our economy has been declining and I have been writing articles almost every year on this regard. I have written in for The Sunday Guardian as well. By the time Covid-19 struck, our economy had already gone down below 4% growth rate and consequently the damage was done because of the lockdown. But now the government has to deal with the structural issues that will put it back on a path of growth.

This is one aspect. The second aspect is to find the problem with the economy that needs to be specially dealt with. This problem exists because of the hangover of UPA’s policies, income tax, tax terror, GST, etc. There was a serious demand crunch. People were not investing or saving in the banks. Simultaneously you had demonetisation which was unstructured and it contributed to this serious problem. All this essentially came down to the decline in demand and hence, before the Covid-19 we saw automobiles not being sold. Now after Covid-19 people are not getting salaries hence the demand problem has become even bigger.

Then you have the migrant labourers who worked on a daily wage. They have nothing left with them. This problem has not been addressed. Particularly the large number of people resorting to walking all the way to their villages. Our current problem is that the Finance Ministry has misunderstood the whole situation and they have gone on a giving bonanza to the industry.

They have not understood that this country is driven by consumers — consumers are today in a terrible spot. The middle class is in a bad shape. As far as the economy is concerned, we have a declining economy. We don’t have an antidote in terms of the correct economic policy. Therefore, the PM has to take a serious call by July and August. Or we may have a situation that is 10-times worse than that of 1930 in the United States.

Q. What do you mean by the PM taking a call? Do you think he should change the FM?

A. You need a politically strong Finance Minister, and someone who knows macroeconomics. Economy is an integrated macro framework. My view is that you empower various people by various methods. Start building 8-lane highways from Delhi to Madras, Delhi to Kolkata, start paying people wages. Same thing with building village roads. Give the labourers money.

Just give them cash. And where is the cash going to come from? Originally, they say we need $8-9 trillion. I say the RBI is sitting with money of the banks which is about $8 trillion and now that has become a part of the package. Today we do not have any gold standards so there’s nothing to stop you from printing money; but to be careful if you print money and there is not enough production then there will be inflation.

But if there is excess capacity then putting money into the hands of people who will then go and start buying goods will boom the economy. This is the message that John Maynard Keynes gave the US President in the 1930s and that’s how they came out of the depression. We need people who know the intricacies of macroeconomics.

Q. How do we deal with China after what happened in Wuhan?

A. Who did the research in Wuhan? The Chinese, the Americans and Indians. Who in India did it, illegally? Tata institute of Fundamental Research. They were the observers in Wuhan and they conducted the research with the American defence department at Wuhan University. So, to pinpoint the guilty, where would you start? You have to have some evidence if you are going to make a huge charge that the Chinese deliberately killed so many people all over the world for their supremacy. How do I know if that’s the truth?

Q. Post Covid-19 where should India be? Should we take the US lines against China or take our own line with China?

A. There are only 3 countries who can be together in terms of stability. Israel, India and China. We should have a give-and-take relationship with the United States; and with China we should be tough where we have to. We must strive to have good terms with China and isolate them from Pakistan for our interest. POK cannot be taken back unless the Chinese become neutral.