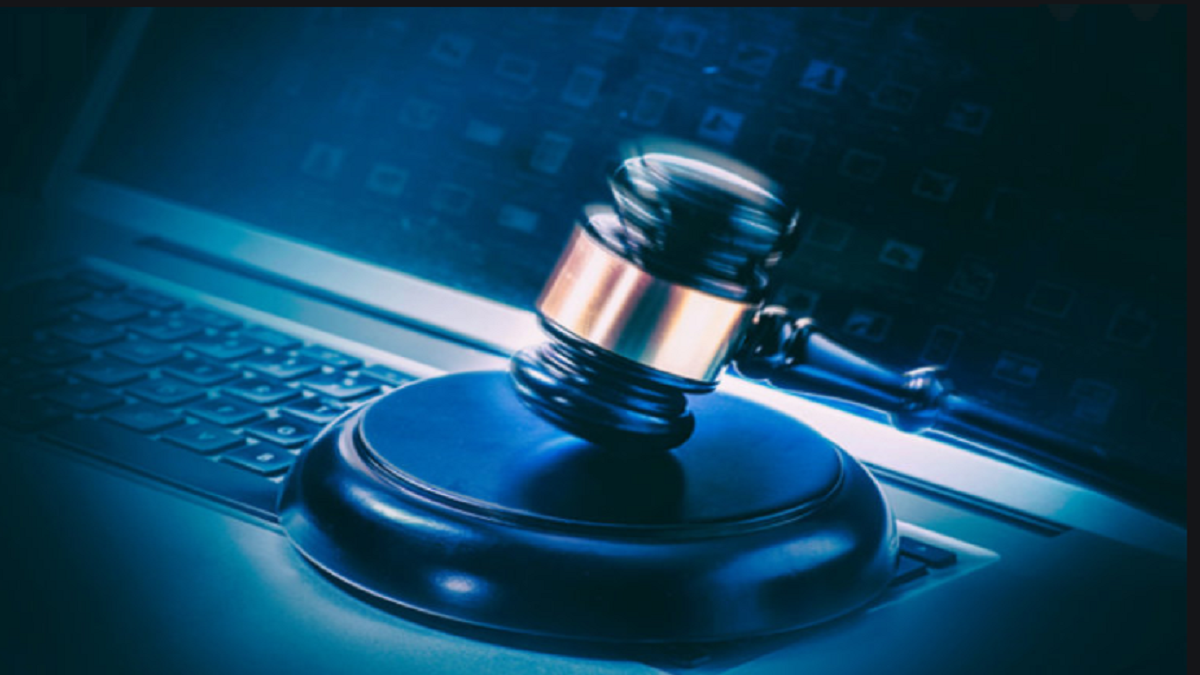 Usually we talk about “Opportunities lies in adversity”, today we all are realizing the same.

The virtual court medium is now being used more than conventional court, whereas a court room used to be crowded with its advocates, litigants, bundles of documents, files and briefs.

The COVID-19 pandemic has thrust digitalization of courts upon us, without giving anyone a chance to consider the advantages or disadvantages of E-courts but the steps taken needs to be evaluated to ensure justice to the end without disrupt.

In virtual court proceedings internet would be playing the vital role. It needs wider accessibility to internet & not just accessibility to the internet but speed of internet does matter a lot. Since India is the country where majority of its population lives in rural area & is still underprivileged, as far as accessibility of internet is concerned virtual court would be a bold attempt. To participate in online proceedings, required minimum speed is 2mbps/sec & this speed is available only with 4G & as per TRAI data till 2019, only 436.12 million of users having access to 4G services and considering total population, the statistics suggest that till 2017, nearly 72% of the population does not have any access to internet. Similarly, the internet connections that Indians have are pretty unevenly distributed. While TRAI’s data recognizes that urban India has a high rate of subscriptions, rural India that stands only at 27.57 of subscriptions per 100 people in 2019.

Considering the data, still majority of India, having no access to quality Internet speed to attend & participate in virtual court proceedings. Therefore the question rises about the feasibility of virtual court.

However, there’s also a yawning gap in connectivity between states depending on their network infrastructure and relative affluence. While Delhi and Mumbai assert about 2.20 crore and 1.5 crore Internet connections respectively, the complete North-East region has only about 4.3 lakh connections.

All in all, this data clearly highlights that while metropolitan cities like Bangalore, Mumbai and Delhi, which have continuous access to internet, might have persons who would be able to avail of virtual court services; there is vast majority of citizens who would continue to suffer due to lack of basic infrastructure. It is pertinent to mention that there are still High Courts across the country that faces shortage of IT infrastructure. Inclusive growth demands that all social groups have equal access to the services provided by the State. Additionally & notably, digital literacy of advocates & court staff are still underlined therefore it is too far-fetched to imagine that every person involved in the justice system at all levels will be able to learn by themselves and adopt to the new medium within days or weeks.

Adversity in recording of witness

However, imagining recording of witness through video conferencing may face may face many difficulties, as in trial court, many trial courts are not well equipped with internet infrastructures, facilities & during recording of the witnesses of prosecution/plaintiff/defense has get prepared well in advance & need assistance during the deposing his witness like refreshing the memory which evidence law provides, even the court would miss the facial expressions, gestures. Delay in streaming, may create doubt on recording of testimony.

Virtual court hearing – Law made by the court not parliament–

The onset of COVID19 led the Supreme Court to adopt virtual hearings to ensure safety of lawyers, litigants & public. Law regarding virtual court still yet to be come into effect but as it is said some laws are made by court, on 15th April 2020, When the Hon’ble Supreme Court decided to conduct hearings through VC, meeting apps till end of June 2020 and issued new SOP, Which now has become new procedural law to conduct hearing online but notably this law is for limited period

To attend to equal justice & impartiality the law makers included the provision for open court in the both procedural law; Civil & Criminal. The Section 153B of Code of Civil Procedure mandates that the place of trial shall be deemed to be an ‘open court’ to which the public has access. It is the prerogative of the presiding judge to decide that a trial of any particular case may not be accessible to the public generally; such cases must be an exception.

Similarly, Section 327 of the Code of Criminal Procedure provides that criminal courts generally, are deemed to be open courts to which the public have access. Only trials of offences relating to rape, etc. are required to be conducted in camera. Here too, proceedings are arena exception.

In the case of Naresh Shridhar Mirajkar v. State of Maharashtra, (1966) 3 SCR 744, a nine judge bench of the Supreme Court has laid down that “Public trial in open court is undoubtedly essential for the healthy, objective and fair administration of justice” all cases brought before the courts, whether civil, criminal, or others, must be heard in open court. As far back as 1966, the Supreme Court has upheld the concept of open courts as being vital to the process of justice.

Recently, The Live Streaming of Court Proceedings Case – in the case of Swapnil Tripathi v. Supreme Court of india, reported in (2018) 10 SCC 639, a three-judge bench of the Supreme Court has said that the principle of open justice encompasses several aspects that are central to the fair administration of justice and the rule of law.

The Open Court principle, finds its genesis in the ‘1215 Magna Carta’. The specifically relevant reference is to clause 40, which translates to “To no one will we sell, to no one will we refuse or delay, right or justice…”

This principle does not just talk about rights of litigants but the importance of participation of public in court proceedings too.

While thinking of justice delivery, The Supreme Law of India talks about Open Court & emphasizes on Open Court justice delivery system & accordingly Article 145(4) of the Constitution mandates that no judgment shall be delivered by the Supreme Court, save in open court.

In Virtual Courts, the links are made available only to the advocates appearing in that particular matter. In addition, some courts restrict the number of links that are forwarded to the advocates and litigants. The public has no access to the hearings. This also affects the several public interest litigations. Many court circulars say, recording of the hearing is strictly prohibited.

In Conclusion, it is to say that virtual court can be optional but not absolute. Indian judiciary is still not ready for virtual court; it has been imposed by the COVID19. Moreover, virtual court can be an option for urgent matter, like Bail & Stay but not recording of witnesses or entire proceedings. This may be the reason why the seven judges committee of Supreme Court issued SOP till 30 June only & taking the stock of situation will be decided further. One must remember that the revolution that is the virtual court system is because the outbreak of COVID19 & not preplanned execution; hence the courts are treating virtual court as an option not as absolute.