MUMBAI : Mumbai’s Dharavi, known as Asia’s largest slum, did not report a single Covid-19 case over the last 24 hours, the first time since 2 February, the city’s civic body said on Monday.

The tally of infection in Dharavi held steady at 6,861, according to the Brihanmumbai Municipal Corporation (BMC) which said that the active caseload of Dharavi is at 13, out of which six are in home isolation and 7 in hospitals, including 3 who are in Covid care units.

Dharavi which has a population of about 10 lakh densely packed into an area of 2.1 sq km had reported its first Covid-19 case on 1 April last year. On 8 April this year, it recorded its highest ever single day spike of 99 cases during the second wave of the virus outbreak.

Mumbai Mayor Kishori Pednekar said, “It is a success not only for the BMC, but for all the residents of Dharavi. All of them should be thanked.”

In the first wave, the number of daily cases dipped below 30 after September 2020, with no new cases reported in a period of 24 hours on six occasions. Zero cases were reported once in December 2020 and on four days in January and once in February this year. 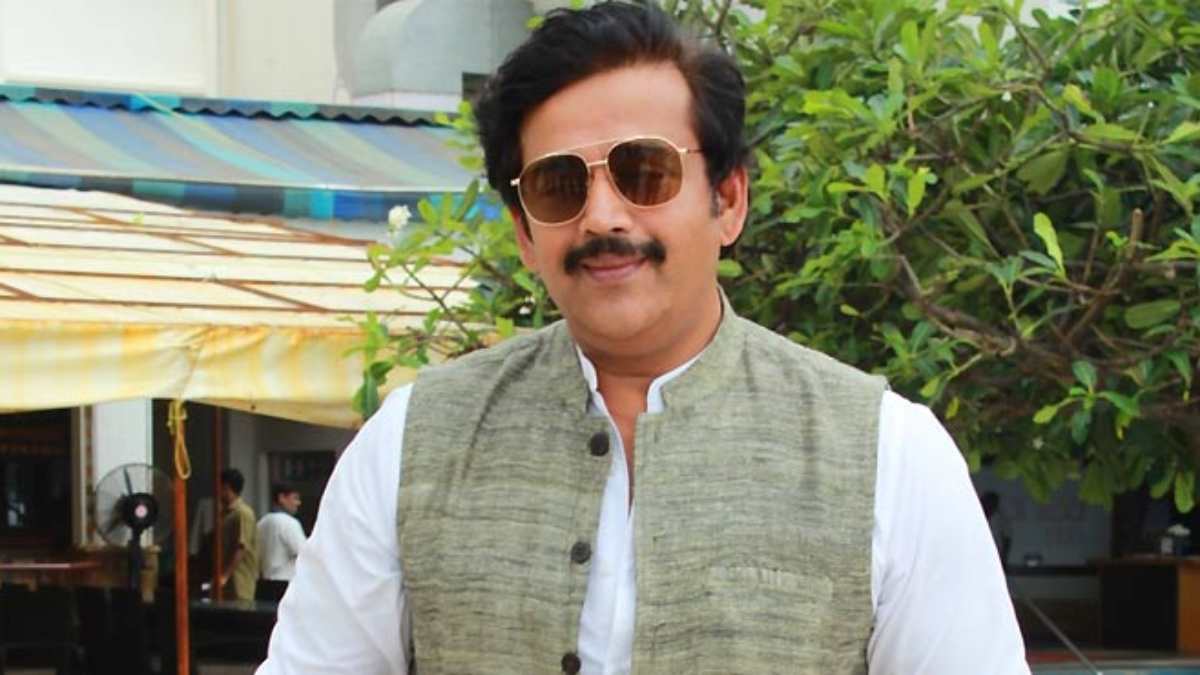 NEW DELHI: Actor-turned-BJP MP Ravi Kishan has written a letter to Union Minister Prakash Javadekar and UP CM Yogi Adityanath demanding a law to curb vulgar content in Bhojpuri films. In the letter, he also demanded to ban obscene Bhojpuri films. He said there has been a lot of decline in the last decade in Bhojpuri films, especially its songs.

“Today’s Bhojpuri film and songs have become synonymous with obscenity. Films and songs are so vulgar that they cannot be seen or heard while sitting with family and children. This kind of downfall in content is very sad and is a matter of concern for Bhojpuri’s language and culture,” Kishan wrote.

NO PROBLEM WITH ‘ONE NATION, ONE RATION’ SCHEME: MAMATA 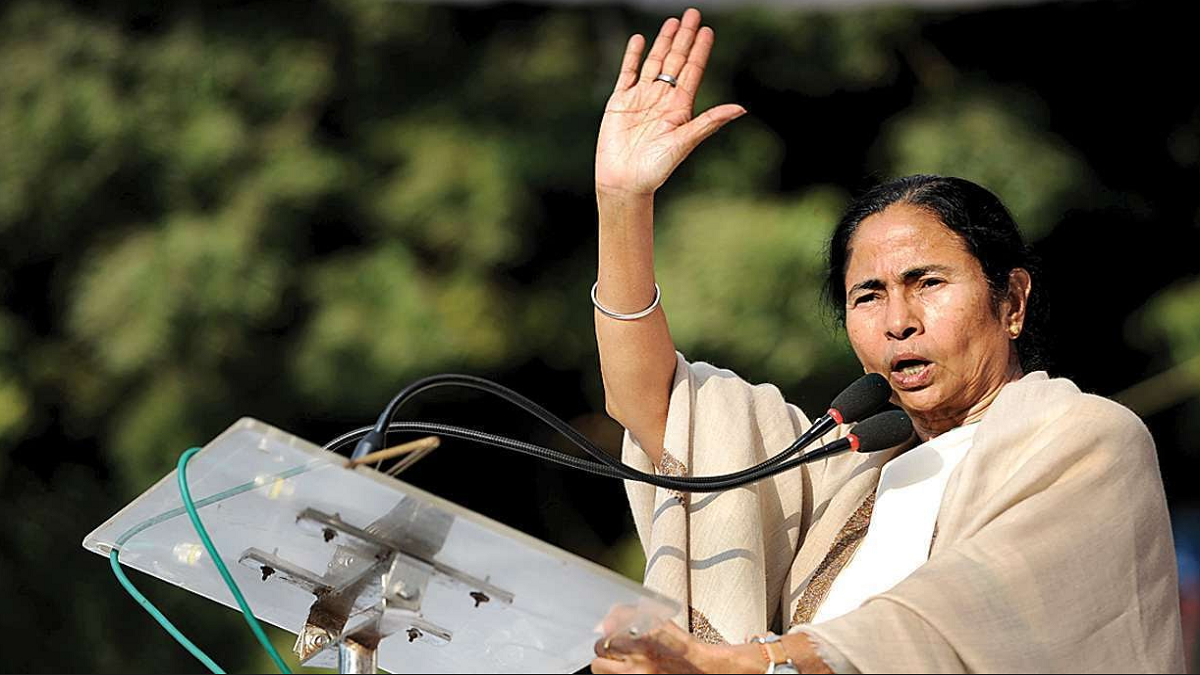 KOLKATA: West Bengal Chief Minister Mamata Banerjee on Monday said that implementation of the “One Nation, One Ration” scheme is under process and her government does not have any problem with it.

“We do not have any problem with the implementation of the ‘One Nation, One Ration’ scheme. It is under process,” Banerjee told reporters. One Nation One Ration Card System ensures the availability of ration to beneficiaries under the National Food Security Act (NFSA) and other welfare schemes, especially the migrant workers and their families at any Fair Price Shop (FPS) across the country.

This technology-driven reform enables the migrant beneficiaries to get their entitled quota of food grains from any electronic point of sale (e-PoS) enabled fair Price Shops of their choice anywhere in the country, according to the Ministry of Finance. ANI

India to restore 26mn hectares of degraded land by 2030: PM Modi at UN

Prime Minister Narendra Modi on Monday said that land degradation poses a special challenge to the developing world and it was the world’s sacred duty to leave a healthy planet for future generations.

Addressing UN ‘High-Level Dialogue on Desertification, Land Degradation and Drought’, he said India is working towards restoring 26 million hectares of degraded land by 2030. The Prime Minister spoke at the opening segment in his capacity as the President of the 14th Session of the Conference of Parties of the United Nations Convention to Combat Desertification (UNCCD).

“Land degradation poses a special challenge to the developing world. In the spirit of South-South Cooperation, India is assisting fellow developing countries to develop land restoration strategies. A centre of excellence is being set up in India to promote a scientific approach towards land degradation issues,” the Prime Minister said.

“It is mankind’s collective responsibility to reverse the damage to land caused by human activity. It is our sacred duty to leave a healthy planet for our future generations. For that sake and ours, I extend my best wishes for productive deliberations at this High-level Dialogue,” he added.

PM Modi emphasised that India has always given importance to land and has taken the lead to highlight land degradation issues at international forums. He also recalled the ‘Delhi Declaration’ in 2019 that called for better access and stewardship over land and emphasised gender-sensitive transformative projects.

“We are on track to achieve our national commitment of land degradation neutrality. We are also working towards restoring 26 million hectares of degraded land by 2030. This would contribute to India’s commitment to achieve an additional carbon sink of 2.5 to 3 billion tons of Carbon dioxide equivalent,” he said.

He also highlighted that India has undertaken some novel approaches in many areas, such as the Banni region in the Rann of Kutch, where land restoration has been done by developing grasslands, thus helping in achieving land degradation neutrality. He called for devising effective strategies for land restoration while promoting indigenous techniques.

“We believe that restoration of land can start a cycle for good soil health, increased land productivity, food security and improved livelihoods,” he said.

According to UN Convention to Combat Desertification, globally, one fifth of earth’s land area—more than 2 billion hectares—is degraded, including more than half of all agricultural land.

Each year, more than 12 million hectares of land are lost to desertification, land degradation and drought (DLDD). The world loses 24 billion tons of fertile soil annually due to dryland degradation, with significant negative impacts on food production and economic activity, it said.

The High-Level Dialogue has been organized by the President of the General Assembly in accordance with UN General Assembly Resolution 75/218 of December 21, 2020 entitled “Implementation of the United Nations Convention to Combat Desertification in Those Countries Experiencing Serious Drought and/or Desertification, Particularly in Africa”.

Raheem Sterling, center, celebrates after scoring goal during the Euro 2020 soccer championship match between England and Croatia at Wembley stadium in London. 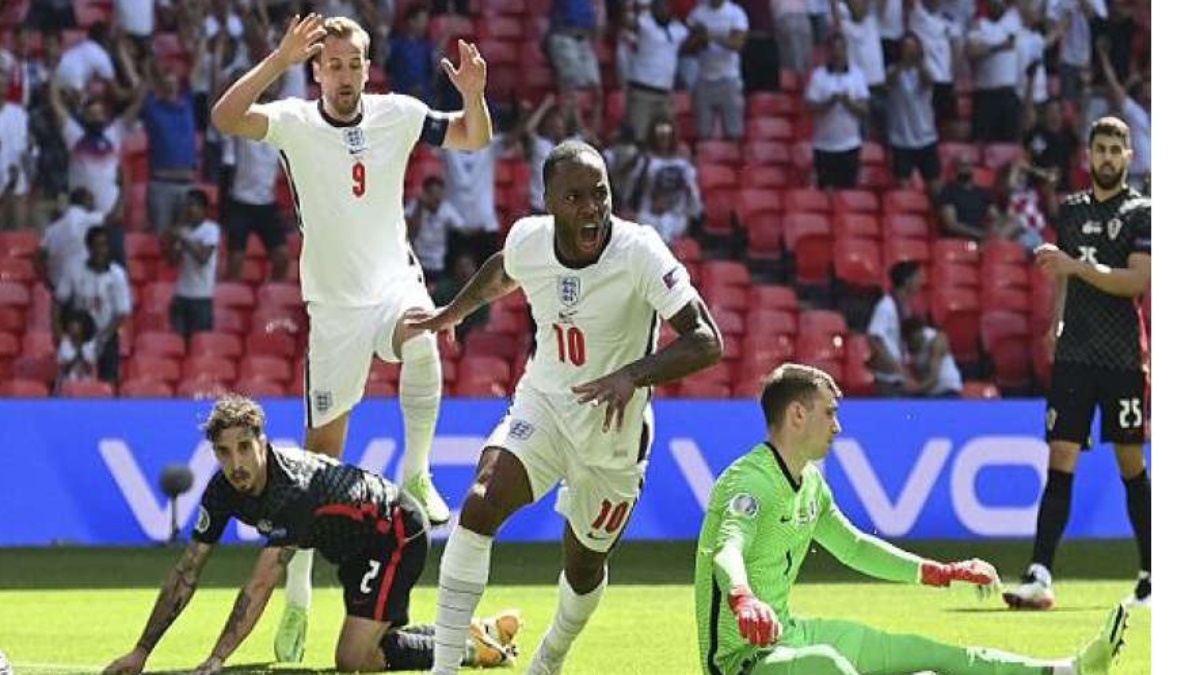 A thunderous goal from Raheem Sterling helped England defeat Croatia 1-0 in the Group D encounter of the ongoing European Championships here at the Wembley Stadium on Sunday. England managed to gain full three points from the match against Croatia and now the Three Lions will lock horns against Scotland on June 18 while Croatia will square off against Czech Republic on the same day.

The first half between England and Croatia saw no goals and as a result, the scoreline remained 0-0 at halftime. In the first half, England held on to the ball for 58 per cent of the match, while Croatia held on to it for 42 per cent. The deadlock was finally broken in the 57th minute as Raheem Sterling registered the goal for England. This was Sterling’s first goal at a major tournament. Kalvin Phillips made a stunning run as he beat two players and then he went on to pass the ball to Sterling, and he did not disappoint and successfully netted the ball into the goalpost.No more goals were possible in the match, and in the end, England went away with a 1-0 victory. Austria will lock horns against North Macedonia while in another match, Netherlands and Ukraine will be squaring off against each other.

Ziona Chana, the man from Mizoram believed to head the world’s largest family with at least 39 wives and 94 children and 33 grandchildren, died on Sunday at the age 76.

Taking to Twitter, Mizoram Chief Minister Zoramthanga on Sunday bid farewell to him. “With heavy heart, Mizoram bid farewell to Mr. Zion-a (76), believed to head the world’s largest family, with 38 wives and 89 children. Mizoram and his village at Baktawng Tlangnuam has become a major tourist attraction in the state because of the family. Rest in Peace Sir!” he tweeted along with a group picture of the huge family.

Zion-a featured in Ripley’s Believe It or Not in 2011 and 2013 for having the world’s largest family.

He reportedly lived with his family in a large 100-room, four-story building.