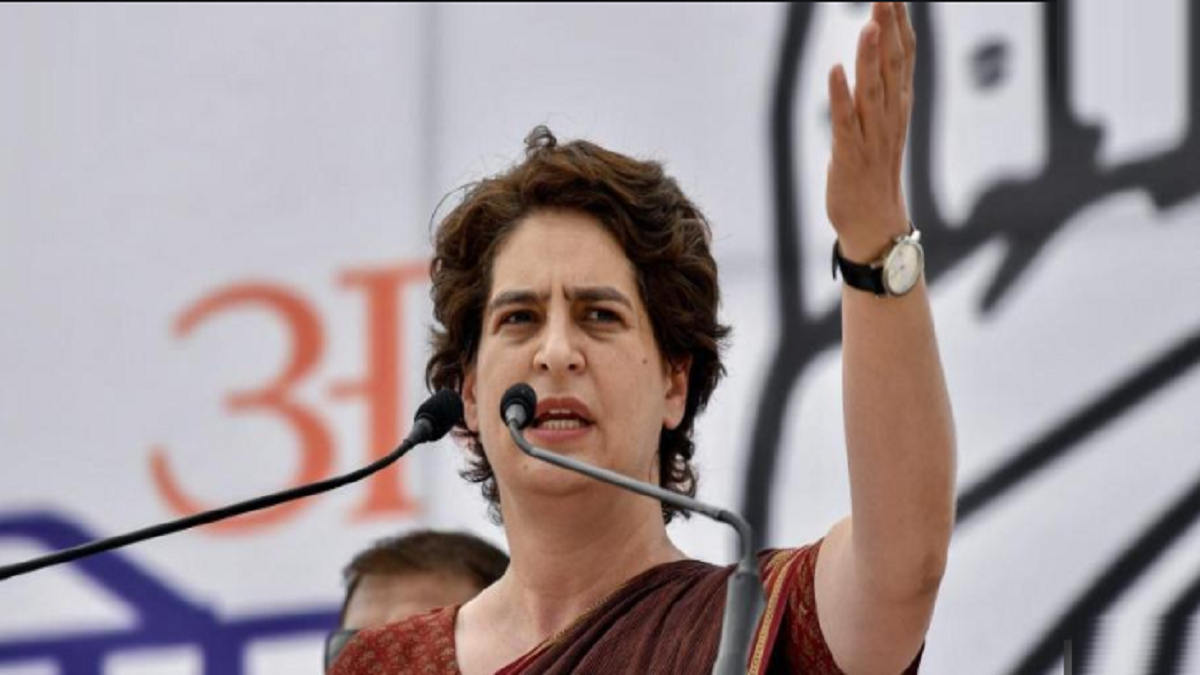 After a dramatic “encounter” of dreaded gangster Vikas Dubey near Kanpur on Friday morning, the Congress launched a scathing attack on the Yogi government of Uttar Pradesh. Party’s general secretary and in-charge of UP Priyanka Gandhi Vadra tweeted, “The criminal is dead but what about those who aided him.” Later she released a video message targeting Yogi government for worsening the law and order in UP and demanded a highlevel probe by a sitting judge of the Supreme Court to ensure that the truth comes out and the families of the slain policemen get justice.

In the video message, she said that the law and order has gone for a toss, with the state being on top in cases against children, Dalits, women, illegal weapons and murders. Priyanka asserted, “The law and order has immensely deteriorated and as a result of which dreaded criminals like Dubey are flourishing. They have huge businesses and political connections.”

While questioning the Yogi government, Priyanka said, “After Vikas Dubey’s encounter, how can we assure the family members of martyred cops that they’ll get justice and the sacrifice of their own won’t go in vain.” She targeted the UP government on Thursday also when an unexpected arrest of Dubey took place in Ujjain.

The Congress has been vociferously attacking the UP government ever since Dubey killed eight policemen in Kanpur. Priyanka had then tweeted that the fact that no action was taken on the letter written by the dead police officer in Kanpur to the then top cop of the district points out that the case had more than what meets the eye.

Jitin Prasad too slammed the Yogi government. He said, “This suspicious encounter raised questions on the working style of the government. Now the public is asking what is the difference between the working of criminals and police. If everyone will start flowing blood for revenge then what is the use of a judicial system.”

“Who are the white-collar people on higher posts who wanted Dubey dead so that their dirty secrets would be buried and they will continue to give protection to criminals who continue to wreak havoc on the public,” Prasad added.

On Thursday, he accused the government of a new low around how it went about indiscriminately arresting Dubey’s family members and going on an encounter spree. Prasad, who heads a Brahmin body in the state, has started a social media campaign to give “voice” to the ‘grievances‘ of the community during the current regime. His efforts are being seen as an attempt by his party to woo back Brahmin support in the state.