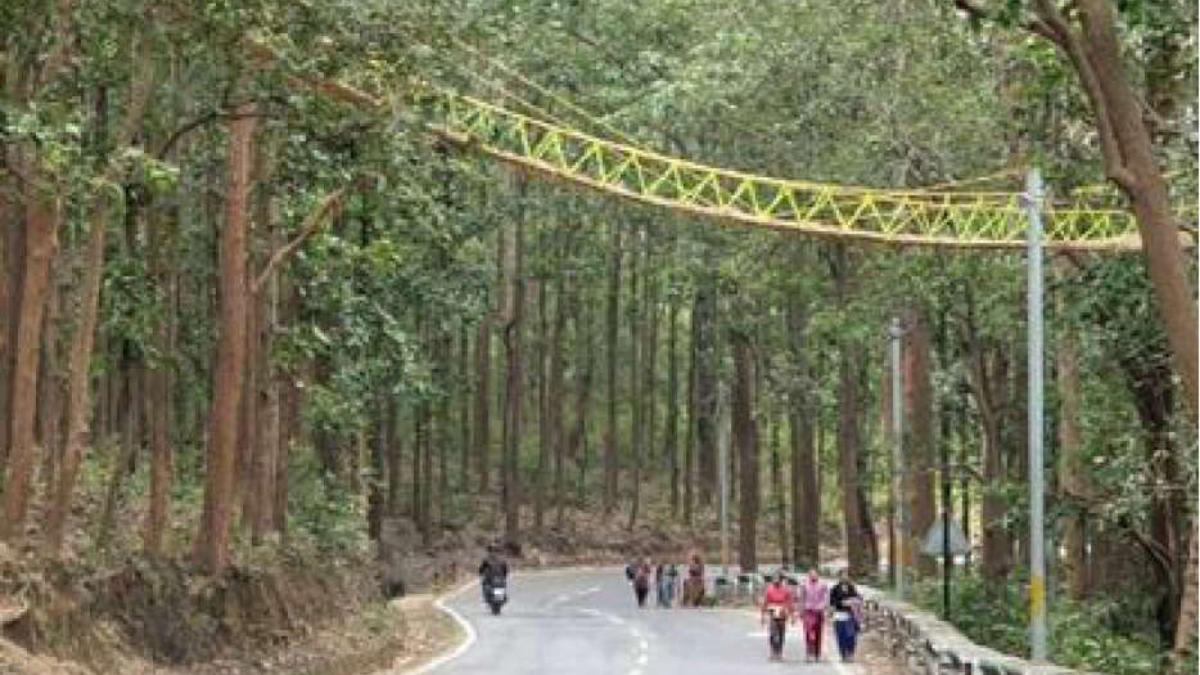 A recent study conducted on the deaths of King Cobras in Uttarakhand reveals that the tragic death of five king cobras in the last 14 months due to vehicular traffic.

Apart from being the largest venomous snake in the world and India’s national reptile, one of the lesser-known fact is that these types of snakes mostly feeds on other snakes only and so graceful that despite being most venomous and powerful, no incident of snake bite by Cobra found in Uttarakhand so far, said Chief Conservator of Forest (Research) Sanjiv Chaturvedi, Uttarakhand Department of Forest.

According to the survey conducted by the Uttarakhand Forest Research Wing, King Cobra in the Nainital district is mostly found in Manora Forest Range, Bhowali Forest Range, and Naina Forest Range. In general, most of the cases of rescuing King Cobra occur in the residential areas of Bhowali.

King Cobra is a very calm and shy snake specie, maybe this is the reason even after having such a large population of King Cobra in the Nainital district, there were no reported incidents of snakebite.

According to data collected by the Forest Research Wing of Uttarakhand from various sources, a total of 5 King cobra deaths (4 hatchlings and 1 sub-adult) were reported from August 2020 to September 2021 due to roadkill / vehicular traffic.

On 5 August 2020, one sub-adult king cobra was found badly injured by vehicular traffic at Bhowali- Kaichi dham road, which finally died. On 25 September and 20th October 2020, two king cobra hatchlings were found dead due to roadkill at Bhowali-Almora Highway and Hanumangarhi, Nainital respectively.

In November 2020, one King cobra hatchling was killed due to vehicular traffic somewhere in Ramnagar. On 27 September 2021, one king cobra hatchling was found dead due to vehicular traffic near Peora village, Ramgarh block of Nainital Forest Division. A Hatchling found dead at the Bhowali-Almora Highway, as well as inHatchling found at Hanumangarhi, Nainital and Peora village, Ramgarh.

As per the study, a total of 30 king cobra’s nest was found from 2004 to 2021. Most of the nests were built with chir pine needle which is highly susceptible to the forest fire. However, as per the study and available records, no King Cobra death has been recorded due to wildfires.

Many sightings of king cobras were recorded near human habitation. On 28 August 2018, an adult king cobra had strayed into human habitation, where it was brutally killed by the locals in Ramgarh block of Nainital Forest Division. This is the only case of Human-Wildlife Conflict (King cobra) came into the cognition, apart from these many incidents of HWC (King cobra) may have taken place which may have been concealed, says Chaturvedi.

To prevent such incidents, it is necessary to enforce existing laws and involve local people in the conservation program through effective awareness-building efforts. This would help people making more sensitive to conservation, Chaturvedi added further.

BADAL ASKS PARTIES IN PUNJAB TO FIGHT THE CENTRE UNITEDLY