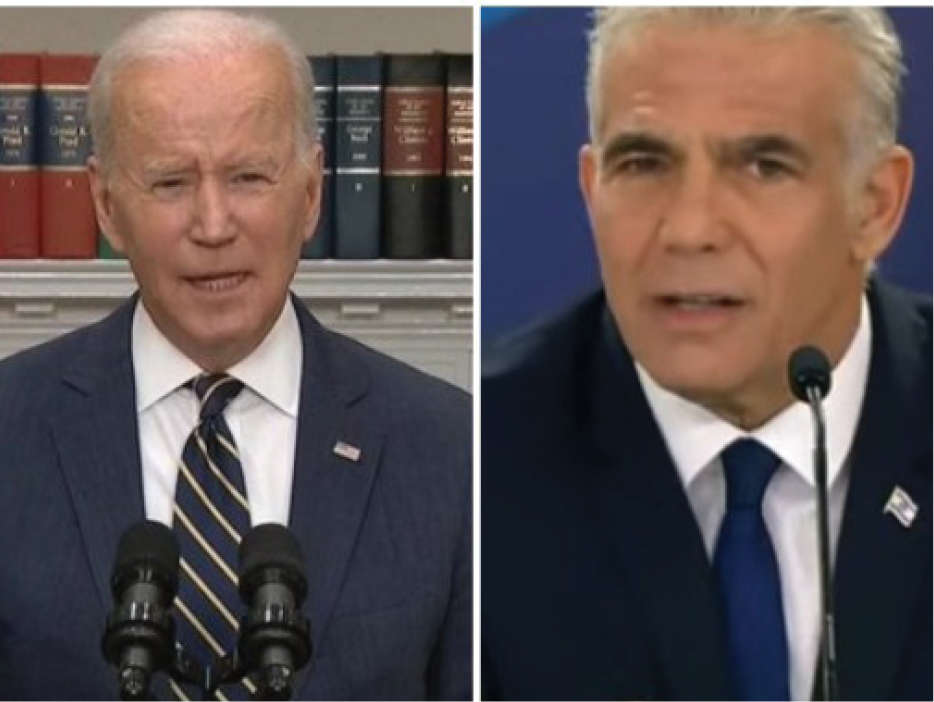 US President Joe Biden spoke with Israeli Prime Minister Yair Lapid and underscored the commitment of the United States to never allow Iran to acquire a nuclear weapon.

According to a readout, President Biden on Wednesday (local time) spoke with Israeli PM to consult on global and regional security challenges, including threats posed by Iran. “The President underscored the U.S. commitment to never allow Iran to acquire a nuclear weapon,” the statement read.

Al Jazeera reported that traces of nuclear particles were found years ago at several Iranian nuclear sites, and International Atomic Energy Agency (IAEA) chief Rafael Grossi has repeatedly demanded “full cooperation” from Tehran as the only way to close the investigation by the global nuclear watchdog.

Since Iran, the US and other world powers reconvened in Vienna earlier in August for talks on restoring the nuclear deal, which Washington had abandoned in 2018.

Biden also expressed appreciation for the warm reception during his July trip to Israel. He also emphasised the importance of concluding the maritime boundary negotiations between Israel and Lebanon in the coming weeks.

“The President expressed appreciation for the warm reception during his July trip to Israel, a visit that illustrated the unbreakable bonds of friendship between our two countries. The President also emphasised the importance of concluding the maritime boundary negotiations between Israel and Lebanon in the coming weeks, “the statement further read.

In July, the US President visited Israel and landed at Tel Aviv’s Ben Gurion Airport.

Marking his first-ever official visit to Israel as the President of the United States (POTUS) said, “You need not be a Jew to be a Zionist. It’s an honour to once again stand with friends and visit the independent Jewish state of Israel.”

He was greeted on the tarmac by Israeli President Isaac Herzog, Prime Minister Yair Lapid and other senior officials, including former Premier Naftali Bennett.

He also discussed the continued growth of bilateral relations between generations, asserting, “The connection between the Israeli people and the American people is bone deep.”

Biden hopes to advance Israel’s desire to establish diplomatic relations with Saudi Arabia, which could help the Middle East countries unite against Iran.